The impact of Toyota in Nigeria 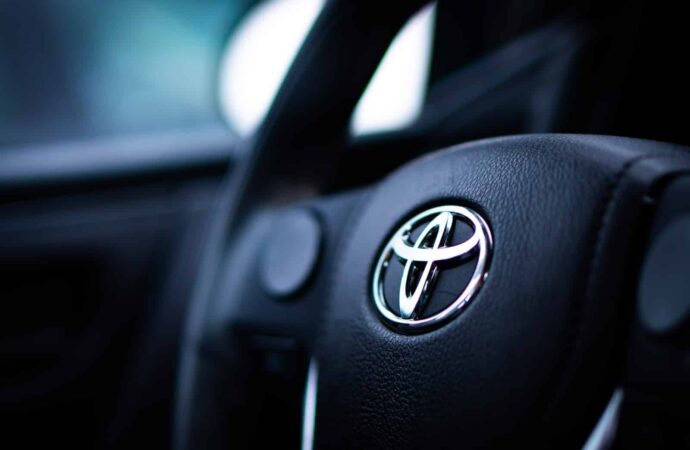 Toyota has long been the preferred choice for great vehicles by Nigerian consumers.

Over the past three decades, Toyota has become one of the most respected brands in Nigeria. This is due, in large part, to the company’s commitment to quality, reliability, and affordability. These are values that appeal to people across all sectors of society, and which have helped Toyota to win over many customers in Nigeria.

The Toyota brand is very popular in Nigeria and has a strong presence in the market. Toyota vehicles are known for their dependability and quality, which has made them a top choice for Nigerian consumers. Toyota has a wide selection of vehicles to choose from, including sedans, SUVs, trucks, and vans, which makes it easy to find the right one for your needs. Toyota vehicles are a great choice for anyone looking for a dependable and high-quality vehicle.

As Nigeria’s economy continues to grow, local brands such as Innoson (IVM) and Nord Automobile are becoming increasingly popular among consumers. These companies are able to compete effectively against their foreign counterparts, thanks to their innovative products and competitive pricing. The growth of local brands in Nigeria has led to increased competition with foreign brands. As more Nigerians become aware of and interested in these brands, they are increasingly choosing to purchase them over their foreign counterparts. This trend is likely to continue in the future, as local brands continue to grow and innovate.

The entry of Japanese automakers, particularly Toyota, has had a positive impact on Nigeria’s automobile industry. Initially seen as a risky investment, Toyota eventually became a legend in the Nigerian auto sector. In the past, Japanese cars were not taken seriously by the Federal Government or any other car-producing company. However, this has changed and Japanese cars are now some of the most popular and reliable vehicles on the market. Toyota’s entry into the Nigerian market has had a positive impact on the overall automobile industry, with other companies now taking Japanese cars more seriously. The increased competition has resulted in better and more reliable vehicles being produced, benefiting the consumer.

The market is currently being followed by companies like General Motors, Honda, Nissan and Mitsubishi. According to a recent study, eight out of ten cars on Nigerian roads are Toyota or Lexus models. This data suggests that these two brands are the most popular among Nigerian drivers.

There is a wide range of Toyota models available, from the Starlet to the Land Cruiser, while Lexus models occupy the luxury vehicle segment. Some of the most popular models include the Corolla, Camry, RAV4, and Highlander. Toyota models have been very successful in the past and continue to be very popular today. This is due to their reliability, fuel efficiency, durability, comfort and safety. According to some auto mechanics, Toyota has the simplest technology, making its parts widely available even in remote villages. Additionally, Toyota vehicles boast excellent fuel efficiency.

Toyota owners are generally happier than owners of other brands.

It has been widely expressed among Toyota owners that they are generally happier with their vehicles than owners of other brands. This sentiment is often shared in online forums and groups, such as WhatsApp groups dedicated to Toyota owners. In these groups, owners often communicate with each other and share their experiences with owning a Toyota. The feedback is overwhelmingly positive, with many owners stating that they have owned multiple Toyota vehicles over the years and have always been satisfied with them. This indicates that Toyota customers are not only happy with their vehicles, but also tend to come back to the brand when they are looking to buy a car.

Toyota is the most used car product in Nigeria. It’s seen everywhere here

There are other car brands with amazing qualities too. Toyota just seem to have grown on Nigerians. Lol

Nigerians are fans of Toyotas because of their reputation for dependability and quality, which is what Nigerians are after.