Reclaiming the lost from Boko Haram 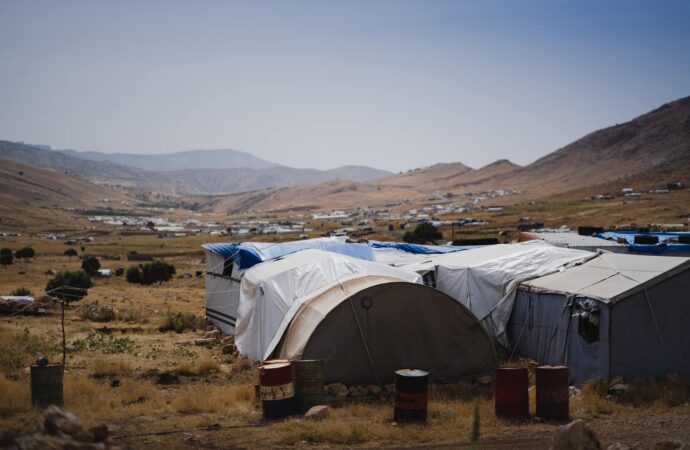 Reintegration of extremists into Nigerian society is a milestone effort.

During a visit to Maiduguri, Nigeria, United Nations Secretary General, Antonio Guterres stated that it is our belief that the reintegration of extremist rebels who have defected from the jihadi Boko Haram group is the best thing we can do for peace. We know that this process will not be easy, but we are committed to working tirelessly until it is achieved. He praised Nigerian authorities for their efforts to reintegrate former members of Boko Haram back into society. The reintegration of former members of Boko Haram is a critical step in the quest for peace in Nigeria. It is essential that these individuals be given the opportunity to re-enter society and rebuild their lives. The Nigerian government is to be commended for its efforts.

Boko Haram has been operating in Nigeria since 2009.

The most effective way to achieve peace is to rehabilitate former terrorists and help them reintegrate into society. This way, they can contribute positively to their communities instead of resorting to violence. By providing former terrorists with the tools they need to succeed in society, we can help them lead productive, peaceful lives. This not only benefits the individuals involved, but also helps to create a more peaceful society as a whole. The Nigerian military has announced that 1,629 former fighters have successfully completed its reintegration program.

Boko Haram is a Nigerian Islamist Militant group that has waged an insurgency against the Nigerian government since 2009, with the aim of establishing Islamic laws in Nigeria. The group has been responsible for numerous attacks on civilians and security forces, as well as abductions and murders. The group’s name translates to “Western education is forbidden” in the Hausa language, and its members have carried out numerous attacks on schools and universities in an effort to discourage Western education. Boko Haram is believed to have links to other Islamist militant groups, such as Al-Qaeda, and has been designated as a terrorist organization by several countries.

ISWAP is responsible for terrorist attacks in the region.

ISWAP, or the Islamic State of West Africa Province, is a terrorist group that is consolidating its grip on new rural areas in Nigeria’s central and southern Borno state, according to the International Crisis Group. The group has been responsible for a number of terrorist attacks in the region, including the bombing of a market in Maiduguri that killed at least 50 people. The Nigerian government has been fighting against the group, but has so far been unable to stop their advance.

Government can end this Boko Haram people if they want to. They should just focus the entire defense forces on them and they’d be obliterated.

The government should do something about this Bandits!! Nigerians are getting scared!!!!