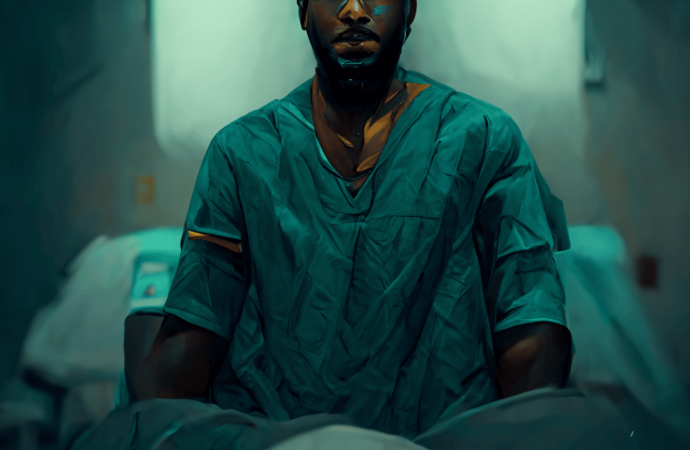 Major researchers of public health have been engaged the last few months, analyzing the global access to Covid-19 vaccines therapeutics and diagnostics across 14 low and middle income countries like Bangladesh, Haiti, Jamaica, Nepal, Nigeria, Madagascar, Liberia, amongst others. According to this survey, numerous communities have been systemically let down, in a bid to protect the lives of people in developed communities. Attributing to the low inoculation rate in these countries to vaccine hesitation, new transnational reports indicates that many underdeveloped countries have been abandoned during this global response to Covid-19 pandemic, where numerous factors still prevent millions of people from obtaining the vaccine, have access to tests and treatments.

In a survey compiled by Matahari Global Solutions in collaboration with the People’s Vaccine Alliance and the International Treatment Preparedness Coalition (ITPC), it was noticed that the key factors like the under-supply of vaccines and treatments, underfunding healthcare system, poor adaptation to local needs and undervaluation of healthcare workers contributed to low vaccination rate among these countries. Some problems stated in the reports indicate inaccessibility to vaccination sites, with vaccine supply still a major problem. Further are lack of access to antivirus treatments and accurate information, racially motivated medical experimentations and community health workers being underpaid.

Low vaccination rate, an issue of equity and not vaccine hesitation.

Albert Bourla, CEO of Pfizer, said to have involved in the monopolization of public funded knowledge and technology in producing vaccines for Covid-19 has reportedly helped numerous pharmaceutical companies to billions of profit, at the expense of the lives of over 15 million people. He has continuously trivialized the role he has played in the perpetration of unequal access to Covid-19 medical tools, as well as laying blames on poor and middle income countries for being immensely hesitant towards the Covid-19 vaccine. Dr. Fifa A. Rahman, Consultant at Matahari Global Solutions noted that the concluded result negates this allegation, noting that it has mostly been an issue of equity.

Global South Convenor of the People’s Vaccine Alliance, Maaza Seyoum noted that the concluded survey indicated a deliberate abandonment of poor countries for the protection of wealthier countries. He admitted that people in the global south have been abandoned, with their lives treated as an afterthought. He added that these local communities have been relegated and made to shoulder blames when in fact, there has just been less efforts to meet their needs, evidently illustrating the systemic racism that has ravaged the global response to Covid-19.

Less than 22% in poor countries have access to a shot of Covid-19 vaccine.

Due to government of wealthy countries continually hoarding Covid-19 dosages, as well as pharmaceutical companies keeping protective and preventive knowledges, statistics prove that less than 22% of people in low and middle income countries have had access to a shot of Covid-19 vaccine, compared to the 79% rate in high income countries. Even COVAX, an initiative backed by the United Nations to encourage the spread of Covid-19 vaccines across underdeveloped countries has also failed to reach its target, which has caused many critics to regard the model of the charity a failure.

Nadia Rafifi, the head of advocacy at ITPC urged the government, pharmaceutical corporations and other international agencies to properly address the issues that have consistently served as barriers against access to vaccines and treatment. Nadia asserted that investing in the pharmaceutical manufacturing on vaccines in these low/middle income countries, as well as maximally including the use of already existing public healthcare safeguards would immensely enhance the reliability of access to Covid-19 vaccines and treatments. However, a campaign aimed at pushing the World Trade Organization to suspend Covid-19 related patents for the pandemic timeframe, allowing drug manufacturers to produce diagnostics and therapeutics without legal retributions recently suffered a major blow at the hand of the government.

Other initiatives for manufacturing generic vaccines like mRNA underway.

Other initiatives for the manufacturing of generic vaccines are underway, including the World Health Organization‘s mRNA Vaccine Technology Transfer Hub, which will help in facilitating knowledge sharing and enhance local production capacity in poor countries. The first consortium which is based Afrigen Biologics, Cape Town is reported to have successfully replicated the mRNA Covid-19 vaccine, co-developed by Moderna and the U.S National Institute of Health, in spite of the Big Pharma’s efforts at undermining their works. 15 mulled/low income country manufacturers have been regarded as recipients of mRNA training and technology from Afrigen hub. Also, the U.S government scientists have agreed to share technical knowledge on the development of mRNA vaccines and treatments with Afrigen, in a bid to fight the present pandemic and other infectious diseases.

The slow response to people in global south been abandoned cannot be far fetced because of the poor health care system in these countries and people belief that the vaccine is of no value to them except in dire needs of it.

This is a major concern. The government, pharmaceutical corporations and other international agencies should properly address the issues that have consistently served as barriers against access to vaccines and treatment.

In the life, good impression matters a lot. In this country called Nigeria eehh. People have lost trust in government. During the covid-19 Nigeria government show no love, no concern, no care, no food. Hunger show us paper. No government support, even palliatives that was contributed by companies and some people. Was hiding by this present government. After all this act government want us to believe them abi. OK ooooo una. The truth is that many Nigeria no see covid-19 is real. That is the simple truth

The government should work in hand with pharmaceutical corporations and other agencies should check through the causes for people being adamant to take this vaccines, address the issues and organised enlightenment for our people too…only few believes that Covid 19 is real. This serves as barriers against the put for people getting vaccinated and treated.

Recent transnational data reveal that many undeveloped countries have been abandoned during this worldwide response to the Covid-19 epidemic. The low vaccination rate in these countries is attributed to vaccine hesitancy, and new findings indicate that this has occurred in a number of countries.

The difficulties that have continually posed as obstacles to access to immunizations and treatment should be addressed swiftly by the necessary authority to ensure smooth dissemination of vaccines.

There several factors responsible especially in Nigeria for abandonment of poor nations relating to Covid-19 vaccination. For Nigeria the health care givers are underpaid coupled with high rate of corruption in the country sure will definitely happen.Now the country is experiencing brain drain.

the U.S government scientists have agreed to share technical knowledge on the development of mRNA vaccines and treatments with Afrigen, in a bid to fight the present pandemic and other infectious diseases.

These countries left out Covid-19 vaccination was not deliberate. I believe it is due to the negligence of their government in addressing basic things related to healthcare. Nigeria is a perfect example of country that refuse to attend to the needs of her health care givers.

There are still many obstacles that prohibit millions of individuals from acquiring the vaccine or having access to diagnostic testing and treatment options, which is a really unfortunate situation.

The low vaccination rate in these nations was caused by a combination of factors, including inadequate adaptation to local demands and undervaluing of healthcare workers.

The low vaccination rate among these countries can be attributed, in part, to a lack of adaptation to local demands and an undervaluing of healthcare providers; yet, this would be of great assistance to them.

It is really unfortunate alot of poor countries are abandoned. The UNO should do enough to bring all these countries together. We need to help other countries by providing aids and grants for them.

Some of the issues mentioned in the reports imply that the vaccination sites are inaccessible, and there is still a significant issue with vaccine availability.

Local communities have been marginalised and made to shoulder blames when, in reality, there has just been less effort to satisfy their needs. This is a clear illustration of the systemic racism that has wrecked the worldwide response to Covid-19.

Access to Covid-19 vaccines and treatments could be greatly improved by investing in pharmaceutical manufacture in these poor and medium income nations and making full use of existing public healthcare systems.

Vaccine Technology Transfer Hub, which would help in enabling the sharing of knowledge and boost the local manufacturing capability of countries who are economically disadvantaged, that will help the country in some ways