Gender equality should be checked in Nigeria 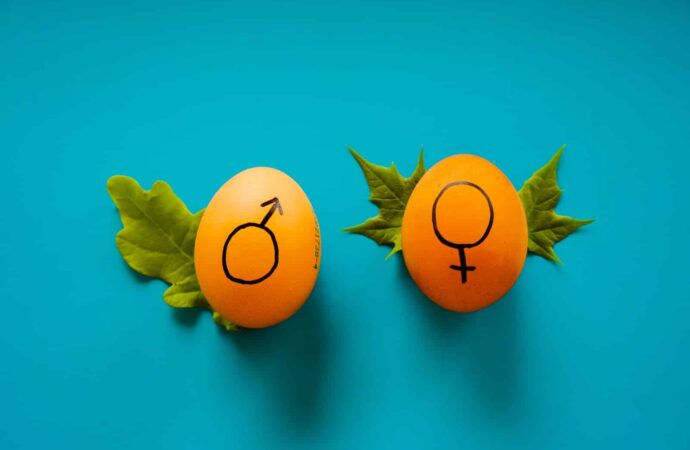 Adaora Onyechere, a Nigerian broadcast journalist, and gender equality and women’s right advocate, gives her view concerning issues of gender equality, women empowerment and actualization of women’s dreams in leadership. Gender equality implies that the sex of an individual does not determine his or her responsibilities, opportunities, and rights. According to the rule of gender equality, the denial of a woman’s legal rights, based on her gender, is considered as gender inequality and an infringement on her rights.

Women empowerment, as a step towards achieving gender equality, has to do with the promotion of self-actualization in women, enabling them to have charge over their lives and having equal access to participate in opportunities available in the society. The empowerment groom women into a gender that embraces equal opportunities in social, political, and economic fields, just the same way as men. A woman could get self-empowered by going to school, touring the world, learning a new language, immigrating, engaging in politics, among others. The re-examination of laws and norms that affect women negatively could also be a means of empowerment.

Founder of Gender Strategy Advancement International (GSAI) added that gender inclusivity is not limited to a particular gender but to both genders, as it plays a vital role towards the achievement of a peaceful and sustainable world. The implementation of relevant laws for the betterment of the lives of Nigerian women would contribute greatly to the achievement of gender inclusion. The National Assembly recently rejected five gender-related bills that would help women thrive in politics and personal lives.

Rejected proposals include the bill to establish a law for the provision of special seats for women at the National Assembly; the bill that encourages the inclusion of women in political party administration; a proposal for the establishment of a law to reserve a quota for women in politics; The Indigeneship Bill that would permit women to become indigenes of their husbands’ states after five years of marriage; and the proposal for the enactment of a law that allows for citizenship by registration for foreign spouses of Nigerian women.

The UN considers gender equality as a step towards an inclusive society.

The United Nations Sustainable Development Goals-SDG5 that advocates for the empowerment of girls and women, and the elimination of all forms of discrimination against the female gender, has also stressed the fact that gender equality is a major step towards achieving an inclusive society. A paramount issue on the advocacy of gender equality is the participation of women in politics, which has proven so difficult to achieve in Nigeria, until an actual effort is made through political will.

According to the head of Women Affairs and Gender Cluster Committee Africa Union ECOSOCC, Nigeria, further addressed gender inequality as being mostly strengthened by patriarchy, injustice, miseducation, insecurity, misogyny, political rascality, and greed. However, there are ways through which women can be freed from its shackles. They include the demand of their rights through peaceful demonstrations, the empowerment of more women at the grassroot level, media advocacy, the teaching of gender rights, reporting gender crimes, and many more.

Poor financial capability is a barrier that limits Nigerian women.

Lack of policy implementation and progressive policy review is regarded as the major hindrance towards the achievement of gender equality in Nigeria. Other challenges include corruption and the refusal to redefine the country’s budgeting strategy for the inclusion of the major needs of women and negligence of poverty at the roots. Due to poor financial capability, Nigerian women are unable to engage in politics, education, policy making, leadership and other career advancements that would enable them break barriers that limit them.

The idea if gender equality is a good one. I mean no gender should be denied of certain rights and opportunities because of their gender. However, the gender most concerned about gender equality seems to be picky and confused. They only advocate for gender equality when certain things are not in their favour. They tend to affirm to men being superior when the gender inequality favours them. So if they want gender equality, they should embrace all that comes with in and stop being picky when it suits them.

Gender equality is of utmost importance in our country because we all have our rights and should not be denied of such rights because of our gender especially the female folks that suffer in these aspects,there are so many areas that they are looked down upon because they are females.

☺ Equality is equal rights, Right is necessary and good for all human both male and female. But in life, there is division of labour. Work is being shared. Man is to handle his work and woman is to handle her work too…..
In where I came from
Kindred land is not giving to a woman. Only man that is born or adopted are giving the opportunity to use the land before it passes to another person . Because this such land can never be sold by anybody, it heritage no one own it. It passes from one generation to another. But a many woman want to have a share of it, but they are married answering someone else name and they are to be in their husbands house.
Woman can only have share if his father bought the land with his money. The man have the right to share his will as he wants.
So there are some things woman she be allowed and can not have. Right and Equality is general. But when it comes to Norms, Values and believes. They should leave it that way. Woman is a helper

The national assembly should do more by passing all the bills that involve gender equality in Nigeria because those law will give more opportunity to women to showcase their potential and contribute in development of the country.

It is imperative that gender equality be upheld in Nigeria since this ensures that an individual’s responsibilities, opportunities, and rights are not contingent on the fact that they are of a male or female gender.

The prospect “gender equality” is a good one but being denied of one’s right regardless which gender it is…. No one should be denied of their rights and everyone should enjoy equal rights. This mentality being superior when it comes to gender inequality should be erased!

Gender equality is a dire matter and needs to be backed with relevant and implementable laws because we are all meant to be equal before the law be it either a man or a woman.

Egalitarianism between the sexes should not be discriminated against on the basis of a person’s gender, as every member of society is entitled to the same basic freedoms. As a result, people of both sexes ought to share equally in the benefits of any positive developments in society.

The encouragement of women’s self-actualization is at the heart of the empowerment movement, which views gender parity as a necessary first step toward achieving its goals.

It is our responsibility to give them the tools necessary to take control of their lives and ensure that they have equal access to the possibilities that are made available by the society.

In the same manner that empowering men would benefit our society, empowering women will help shape women into a gender that is open to equal chances in social, political, and economic spheres.

There should be equality between the male and female gender. In Nigeria especially, a lot of women are denigrated and objectified. The National Assembly should pass a bill into law regarding equality of rights between men and women. This will help women also to be empowered and have opportunities like men.

The careful review of laws and norms that have a negative impact on women could also be a form of empowerment if done correctly. We as a society need to get to work on addressing that issue.

Inclusion of both genders is essential to the development of a harmonious and sustainable global society, hence the concept of gender inclusivity should not be restricted to only one of the sexes.

The success of efforts to attain gender inclusion in Nigeria would be significantly aided by the actualization of laws that are pertinent to the improvement of the lives of Nigerian women.

The government ought to include the demand for their rights through peaceful rallies, the empowering of more women at the grassroots level, and the promotion of gender equality in its agenda.

If these laws are enforced that is when gender equality can be achievable in Nigeria.