Students urged to reduce use of social media 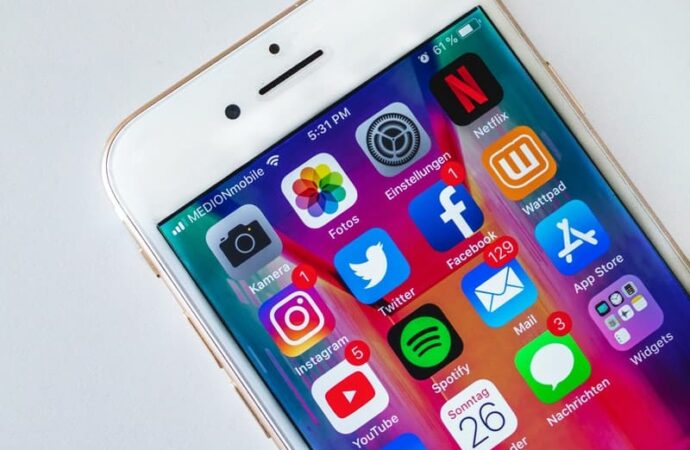 Social Media is a newly found addiction that students are urged to resist.

Publisher of Realnews Magazine Online, Maureen Chigbo has advised medical students to focus on their studies and limit their time on social media in order to perform well academically. This is because social media can be a major distraction from studying and can also lead to students feeling overwhelmed with the amount of information that is available. Additionally, students should be aware of the potential for negative consequences of overusing social media, such as decreased productivity, sleep disturbances, and anxiety.

At a recent symposium on “Social Media in Medical Training and Profession,” Chigbo, who is also the President of the Guild of Corporate Online Publishers, addressed the Nigerian Medical Students Association (NIMSA) to stress the urgency in resisting social media. Chigbo stated that social media can have a negative impact on medical students and professionals, as it can lead to distraction, procrastination, and a general deterioration of focus. She urged the students to be mindful of the time they spend on social media, and to use it in a way that will not adversely affect their studies or their future careers.

Social media can have such a negative impact on academic performance.

When it comes to the impact of social media on academic performance, there are a few key points to consider. For one, social media can lead to students feeling overwhelmed and stressed, which can in turn impact their ability to concentrate and perform well in school. Additionally, social media can be a major distraction, pulling students away from their studies and preventing them from fully engaging in the learning process. Finally, social media can also be a breeding ground for cyberbullying and other forms of online harassment, which can further damage a student’s academic performance and sense of well-being.

Mobile devices have made it easier for people to access social media.

The findings of a 2020 study showed that 41 percent of students use social media for up to three hours each day. This indicates that a significant portion of the student population is spending a considerable amount of time on social media platforms. The study also found that the average student spends around four to six hours each day on social media. This is a significant increase from the five hours that was reported in a similar study conducted in 2019. The rise in social media usage among students can be attributed to a number of factors. First, the proliferation of mobile devices has made it easier for people to access social media platforms at any time and from anywhere. Second, the increase in social media usage by adults has likely influenced the behavior of young people.

It is no secret that social media has taken over the lives of people all over the world. What may be surprising, however, is the extent to which social media is now being used by students for academic purposes. A recent study has found that WhatsApp and YouTube are the two most commonly used social media applications by students, with 92 percent and 97 percent of respondents using them, respectively. The study also found that social media is being used extensively for academic purposes, with 73 percent of respondents using it to read health-related news, 75 percent using it to complete assignments, and more than 50 percent using it for seminar preparations. This is a significant change from even a few years ago

Important to remember that social media is not an accurate representation.

Mental health issues such as anxiety, depression, and loneliness have all been linked to social media usage. This is likely due to the fact that social media can create a sense of comparison and inadequacy. When we are constantly presented with the “highlight reel” of other people’s lives, it’s easy to feel like we don’t measure up. It’s important to remember that social media is not an accurate representation of real life. People tend to only share the positive aspects of their lives, and downplay or omit the negative. This can create a false sense of reality, and lead people to believe that everyone else’s life is perfect except for their own.

Actually, there should be a balance in whatever things we do. As students, it is important for our studies to be a priority, so we shouldn’t put too much of our time on social media. We need to reduce the use of social media, inorder to focus our attention on our education more and how we can be productive. Inasmuch as social media can also help in our studies, we need to strategic in it’s usage. This is to ensure that we don’t become too accustomed to social media usage. It can be a stubbling block when it’s time to study.

The negative impact of social media is.on the high side in Nigeria because youths nowadays what they learn and see cannot be controlled with Advent of social.medis and we are gradually loosing our traditions because of this issues

What as advantage also have disadvantages. Social media help student alot helping them to learn and practice and also keep them update about what is going on, social media is easy to notify people about danger that is happen in somewhere in other to prevent other people to afford the danger, it also help people to broadcast their talent to people and they can start making it from there so social media make a lot of positive thing to student likewise it as negative impact in student life some student abuse the use social media which cause them distraction in their studies. The way people abuse social media this days if accident happen they rather prefer videoing the incident to post for social media rather than saving saves I will rather suggest to implore the student to reduce the way they use their phone to afford distraction

Social media has became part and daily activities of us, unless you are not informed or you don’t have access to internet. We learn a lot on social media. The updates…..
If u want to study social media no stop you

There’s always pros and cons. Social media has its nasty side, on the other hand, can be so beneficial if properly used. So nobody can outrightly point out social media as being good or bad. It’s quite subjective.

Social media can have terrible affect on students and professionals since it can cause them to become distracted, put off tasks, and generally lose concentration on their studies, which will cause them to perform poorly. This guidance is of the utmost importance to students who strive for high academic performance and future demands.

Staying much time on social media has really affect students academically nowadays because of lack of concentration and focus.Social media also is own advantage as well on students because it very useful in dissemination of information and study material.

Social media has it merits and demerits on students… I would like to Implore students to focus more on its advantageous aspects!

Most people use social media without understanding how they can make the best out of it.

Many students are ignorant of its monetization aspect and most just use it for the fun of it.

No doubt depression, anxiety, and many more can be linked to what people see on social media and it also influences students negatively.

Students ought to make use of social media in a manner that will not interfere with their academic pursuits or their prospects for future employment.

It is very obvious that students are now so addicted to social media. It is really affecting their lifestyle, regular and daily activities. It has to be controlled otherwise it may affect them negatively.

There is a good chance that young people’s actions have been influenced by the increased use of social media among adults.

Social media can expose kids to a lot of dangerous contents and programmed that can damage their minds so I’m in support of the advice.

Social media has its ups and downs but I believe the disadvantages are more than its advantages. Parent can’t stop students from using the social media but they can just advice them on how to use it .

Social media is one thing that most students are so glued to. In the long run they become addicted up to an extent that it start afecting their lifestyle style in a negative way.

Social media Is the major source of distraction of every students and it has negatively impacted their grades in school too.

Students really need to reduce the use of social media, the social media has become a means of corruption kids thought and their lifestyles.

A lot of students have become addicted to social media because that’s the only way they make themselves happy and that’s what hero their company, taking this away from them might Kurds to depression

Because of the potential for unfavourable effects on a student’s academic performance, spending an excessive amount of time on social media should not be permitted under any circumstances for the student population.

Cyberbullying and other forms of online harassment thrive in social media environments, which can have a negative impact on a student’s academic achievement as well as their overall well-being.