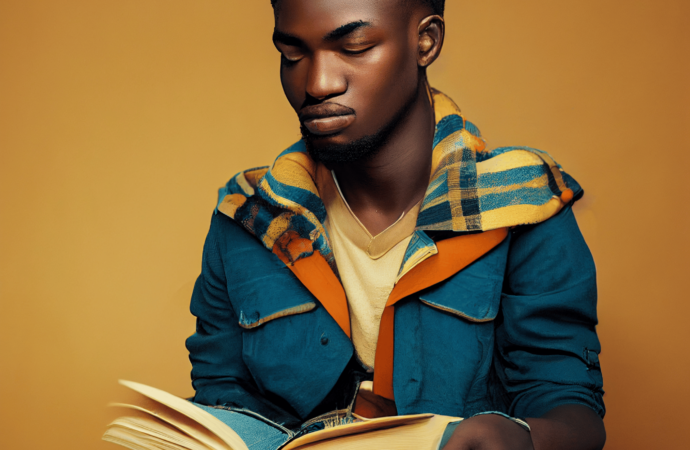 Federal universities across the country have been on a nationwide strike which initially commenced on February 14, 2022, as a result of their failure at fulfilling the agreement that was reached with the Academic Staff Union of Universities at an improved funding to better welfarism for its members and enhanced learning environment. This strike action started as a four week warning strike and has gone on over the past 6 months intensely affecting students of federal institutions who are entrapped in a stagnant education system and are now collateral damages of the federal government’s series of failed meetings with the academic union.

The Academic Staff Union of Universities announced their intention to further extend the ongoing nationwide strike by four weeks. This decision was reached by the union’s National Executive Council (NEC), after a seemingly lengthy and unsuccessful attempt at reaching an agreement with the Federal government. This extension was described as a result of the union’s deliberations. Recognizing that the past and current failures of the federal government reaching its own part of the bargain to resolve the problems raised at the FGN/ASUU Memorandum of Action (MOA) that took place in 2020.

This academic strike, which has been recorded as one of the longest in Nigeria’s history was declared indefinite in August due to the protracted standoff between the union and the Federal Government. Numerous extensions were granted to the government so as to well acknowledge all the union’s demands, which included payment of salaries. The union’s leaders were however forced to declare an indefinite strike on August 30 in all federal public universities across the country.

In a released statement, the union’s leadership noted that the indefinite strike was a cautious measure, aimed at saving the public universities from imminent collapse. Emmanuel Osodeke the Union’s president, once said the union’s plan to embark on a roll over warning strike action was to provide the Federal Government with enough time to settle the demands of the union, however stated the union’s decision to transform the roll over strike into a full-fledged, complete and indefinite strike action.

He further stated that the government had recurrently showed immense complacency at acknowledging the the demands of the union like paying up the agreed funds to be used for the needed renovation of public universities. The failure to address the proliferation and structural state of these universities, as well as the failure at resolving the outstanding promotion arrears and withheld salaries of the workers. Osodeke also expressed his disbelief as to how rashly the Federal Government have handled this situation, even upon their promises.

Numerous students have also aired their grievances at the prolonged academic strike action, criticizing both the Federal Government and Academic Union for continually sacrificing their time, making them collateral damage. One student, Emmanuel Odunayo who is a first year Physics student at Obafemi Awolowo University, lamented about having to lose two academic years as a result of the incessant academic strikes. According to him, the precedence of the Covid-19 pandemic in 2020, coupled with the continued strike actions led to the loss of one academic year and is on course of losing another year.

Strike actions continue to jeopardize the future of numerous students.

Understanding that the future of numerous students are at risk, there have been pleas from parents and students to reach an agreement swiftly, so that students can return to school. Emmanuel Odunayo, on appealing to the Union noted that their actions continue to jeopardize the futures of numerous students. The Union has however urged the students and parents to overtly support their demands for a much improved working and learning conditions. The National Association of Nigerian Students (NANS), the student’s umbrella body, also critical of this situation, have appealed to the Union to end this indefinite strike.

I have come to discover that this present administration is completely against education, health and welfare of the country.

The students are really bearing the brunt of this strike,imagine what they have been going through for six months sitting at home doing nothing other than turning them to a waste before some get involved in bad vices.

Students that ought to be graduates right now are still undergraduates just because of This so called strike, it’s sad to know that most of this students are getting depressed because of this situation.

The members of ASUU are being this inconsiderate because their kids are not victims of these uncalled for strike.

Since ASUU have chosen to be inconsiderate, the students should like at the brighter side of this and use this opportunity to learn new things, new courses online and new vocational skills.

This is really sad. ASUU strike didn’t just start this year. It has always been occuring since way back. Understandably, the union is fighting for the interest of it’s members and enhancement of learning environment. However they ought to have been proactive way back. Hopefully this strike get them all they want asap, cos the government don’t seem to care.

The strike as scatter most plan of the student some that they are supposed to have graduate and process another thing is still in school unable to graduate. The student are the stepping grass when two elephant are fighting that’s the student are the one suffering most from the strike both asuu and government needs to end this strike soon

Students abandon as ASUU strike persist what an headline. It is most unfortunate that our government are very insensitive to educational system and standard of the country. Our government have forgotten that Education is the soul of development to any country. Go to the western country their government invest in education, researched and science and technology.

Students are just there looking so frustrated about this asuu strike. The ones that suppose to graduate this year will wait again till next or till father notice. This country nawa oo

due to the fact that they did not live up to the terms of the agreement that they had made with the Academic Staff Union of Universities regarding higher funding leading to better welfare for the union’s members and an enhanced learning environment.

God will take charge! I implore students to use this opportunity to learn, acquire skills and engage themselves in something that will yield profit.

Students are suffering as a direct result of the succession of unsuccessful talks that the federal government has had with the academic union. They are stuck in an education system that is failing to advance.

I still don’t understand why the federal government will leave the educational sector closed for do long, considering how important the is.

This strike is taking longer time and it is very bad for the education system in Nigeria.The government need to take drastic action in resolve the issues that lead to the strike.

Observing that the federal government has failed in the past and continues to fail in attaining its own end of the bargain to tackle the issues that was held in the year 2020.

They should look into other options following what appears to be a protracted and fruitless attempt to come to an agreement with the federal government.

In order for the government to adequately address all of the union’s requests, which included the payment of salary, numerous extensions were granted to the government.

The inability to address the proliferation of these universities and the structural state of them, as well as the failure to resolve the pending promotion arrears and withheld pay of the workers, are all factors that contributed to this failure.

As a result of the realisation that the futures of a great number of kids are in jeopardy, both students and their parents have pleaded with government officials to quickly come to an agreement so that pupils can go back to school.

The lockout and the industrial action of university lecturers drove the students away from the community, which was extremely detrimental to the bakery because it was primarily dependent on the patronage of the university students