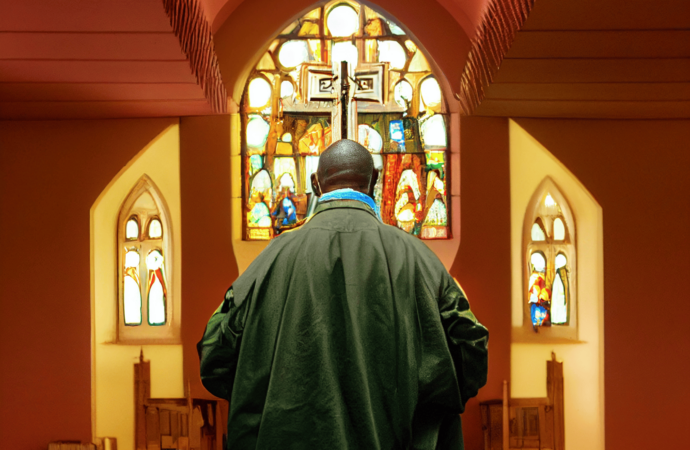 Bill to prevent the same-religion presidential ticket as in the APC.

As the 2023 general elections continue to draw close, controversy has surrounded the decision of the All Progressive Congress (APC) to field Muslims as both their presidential and vice-presidential candidates. A senator who is representing Kogi West Senatorial District has proposed a bill to end same religion tickets. Senator Smart Adeyemi announced the proposal at a conference on September 4, 2022. The media reports that it is “a bill for an act to amend the electoral act 2022 and for other related matters connected 2022.”

Following the APC’s presidential candidate and Lagos political godfather’s choice of former Borno State governor, Kashim Shettima, as running mate, there has been debate over whether a country divided into roughly two (between Islam and Christianity) should have two Muslims in the highest offices. The Catholic Bishop of the Sokoto Diocese, Matthew Hassan Kukah, has condemned this choice. He said, “I think that as a Christian, this is totally reprehensible. It is not acceptable to me.”

Senator Adeyemi says he is in support of CAN.

If the bill goes through, same religion candidates would not be allowed to share a ticket in all elections after 2023. The Christian Association of Nigeria has been particularly vocal about its lack of support for the APC ticket. Senator Adeyemi says, “I am in total support of the issues and concerns named by the Christian Association of Nigeria (CAN). I am a practicing Christian, but we must not confront these issues in such a manner that will obstruct the fabric of our national unity.

“Yes, there have been oversights in key appointments in the past, which tends to keep Christians at a disadvantage.” However, he emphasized that “it must not be seen that there are no Christians who are eminently qualified to occupy any of these positions.” Presently in the ruling party APC, the president of Nigeria, the chairman of the party, the deputy chairman, the president of the senate, the speaker and deputy speaker of the house of representatives, the presidential candidate and his running mate are all Muslims.

Is this the ruling party’s issue and why does it matter?

On July 11, 2022, Christian political leaders in the APC in the 19 northern states met in the Federal Capital Territory (FCT), Abuja to discuss this bias. They said that the party’s constitution stated that it “will guarantee equal opportunity for all … eliminating all forms of discrimination and social injustice among Nigerians.” On the other hand, the two other significant parties do not have structures like the APC. The opposition Peoples Democratic Party (PDP) is led by a Muslim, former Vice President Atiku Abubakar, but his running mate is the Christian governor of Delta State, Ifeanyi Okowa.

Similarly, the presidential candidate of the Labour Party, Peter Obi, a Christian, chose a Muslim former Senator Yusuf Baba-Ahmed as his vice-presidential candidate. Some have wondered if this is an APC issue and if the party’s risk could be detrimental to its chances of success in 2023. Christians make up roughly 50 percent of Nigeria’s population. Section 14(3) of the 1999 Constitution of the Federal Republic of Nigeria says: “The composition of the government of the federation … shall be carried out in such a manner as to reflect, the need to promote national unity and also to command national loyalty.”

Many do not believe a Muslim-Muslim ticket is fair.

Many do not believe that a Muslim-Muslim presidential ticket will fairly support the issues of Christians and call for a more representative government. Meanwhile, Governor of Kaduna State, Nasir El-Rufai had told the media, stakeholders, partisan party members, and the masses to separate politics from religion because good governance does not discriminate between adherents of a particular religion and others. He argued that religion does not matter when competence and ability to pilot the affairs of the nation are involved.

In my opinion, excellent performance and having the interest of those you govern has nothing to do with religion. However for fairness sake, it’s reasonable argument. Humans can allow sentiments to overule rational thinking attimes.

Well, I don’t believe in that bill. Same religion ticket should be something that is political and not law related. There has to be a substantial reason why it can be a law. It is just politically correct not to field same religious ticket. It’s not a crime.

What has same religion ticket got to do with the Senate despite pressing issues at hand been face by the masses,that’s strictly political party problem why bring it to the Senate floor.

Although so many people have raised concern about the Muslim-Muslim but I think we need to think beyond religion affairs and look into what the candidates have in store to offer Nigeria as a whole.

We have not stop this our mentality what did religion have to do it politics we are after religion benefit so one religion should not hold too much power is that what religion is all about we are not looking at what the people who want to be elect can do if they are capable of changing the country to better is it only one religion will enjoy it, it is all the religion will enjoy it since our country is not a country of one religion we are looking for the forward of the country not be fighting our religion post in politics. It is either Muslim and Muslim or christian and christian as long they are capable of doing good it what matter stop mixing religion with politics

Bill to prevent the same-religion presidential ticket. Is that the problem of this country Nigeria. They won’t pass Bill on something that will benefit us. All this senators self.

A senator who represents the Kogi West Senatorial District has put forth a bill that will put an end to the use of same religion tickets.

If the law is passed, candidates of the same religion will be prohibited from running together on the same ticket in any election held after 2023.

Looking at the state in which Nigeria is right now, same religion ticket will be disadvantageous to those whose religion weren’t picked, it can even lead to inter religion war

Same religion ticket willl not necessarily affect how the politicians will run the government, but for peace sake this bill should be signed

Same religion ticket or not….bill or law
we need to think beyond religion affairs and be more concerned about what candidates have in store to offer.

It’s just right for these politicians to do things that will promote peace, this same religion ticket will definitely cause rifts among religions in the nearest future

We must not tackle these problems in a way that would tear at the fabric of our nation’s cohesion; doing so would be irresponsible.

The Christian Association of Nigeria has been especially loud about the fact that it would not be supporting the APC ticket, and this is a negative development.

In the past, there have been omissions in significant appointments, which tends to put Christians at a disadvantage.

The make-up of the administration of the federation must be determined in such a way as to represent the necessity of fostering national unity while also inspiring national loyalty. This must be done in a way that is carried out in accordance with the provisions of the constitution.

When it comes to successfully navigating the political and economic landscape of a nation, one’s religious beliefs are irrelevant.

I love what Senator Smart Adeyemi did by announcing the passage of the bill to prevent the same-religion presidential ticket as in the APC and the need to have a well represented government in Nigeria.

In a country of mixed multitude of different tribes, culture, language and religion it is not proper for a party to run same religion ticket. It has to be balance in all sphere. This is a nice move by Senator Adeyemi who has announce the passage of a bill to prevent the same-religion presidential ticket as in the APC. There should be no nepotism, sentiment or anything that can jeopardized the peace of the nation.