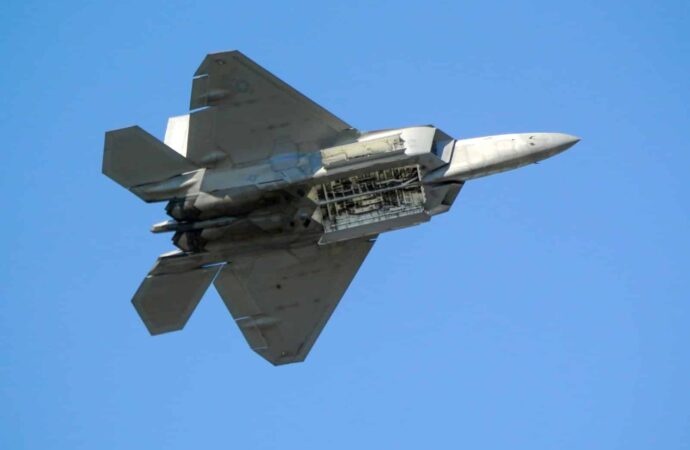 Approach to counterterrorism operations have subjected citizens to fatalities.

Numerous reports especially from the north indicate that in the quest for targeting armed groups, the air attacks by the Nigerian security forces have repeatedly put citizens in harm’s way, making them victims of death, injuries and displacement. These terrorist groups have raided, attacked the people, and even military officials. Due to the bandits’ operations in the north especially, the military in continually targeting their settlements and have caused the death of numerous citizens. These recurrences have however caused outbursts among numerous people, who feel the military should be more cautious in their affairs of raiding these bandits’ camps.

Aina’u Umaru, a resident of Anka community in Zamfara and one of the victims of these accidental strikes aired her grievance, where she revealed the death of one of her six children during a military raid in 2019. She noted that the event was a terribly sad one that still haunts her. It was reported that the victim, with other children in the village cheered at the sight of the aircraft which was to provide support for the ground troops. The jet which was posed to give hope to these residents instead shelled the village, causing the destruction of several houses, killing six children and injuring another seventeen.

CDD reports an estimated 12,000 deaths in northwestern states since 2011.

Since 2011, recent reports by an Abuja-based think-tank Centre for Democracy and Development (CDD) indicate that an estimated number of 12,000 people have been subjected to death. Hundreds of thousands of injuries and displacements, all across the northwestern states. Furthermore, these bandits have not only attacked villages, but also an Air Force fighter jet, as well as a train, kidnapping numerous commuters. However, the military’s response in these conflict areas have witnessed numerous fatalities, bombing people already displaced by the bandits’ attacks. Another report documents Nigeria’s Military Aircraft dropped a bomb on Daglun in 2014, this is a village in Borno and this attack killed 20 people. There are at least 14 recorded incidences of bomb strikes in residential communities.

In the incidence that have witnessed the death and injury of over 200 civilians, the military authorities have not admitted guilt to any of these attacks, nor made provisions to support the surviving victims. Also in September 2021, a military raid caused the deaths of 10 people and another 20 in Buhari village, Yobe state which the army overtly denied, stating that no missile was expended. After numerous clamors, the military admitted to this accidental strike, promising to set up a committee to investigate the incidence. However, nothing has been done since then.

Leena Hoffmann who is an associate at the London-based think tank Chatham House stated that Nigeria’s military force has not been able to apply any lessons learned from fighting Boko Haram to the changing security situation in the northwest. She noted that Nigeria’s military has been so incapable of introspecting its actions, holding itself accountable and reforming itself into being a civilian protection force. She further stated that the military’s prioritization of land over people was an ineffective approach to their counterterrorism operations.

However, Umaru, like many other citizens displaced by these recurring attacks now lives in an IDP Camp, where she noted that it has been immensely difficult since her displacement due to the lack of support. These displaced people have to rely on the food aid at the camp which is not even consistent. Another displaced person, Mani Dantsishi whose son died gruesomely due to the military force’s accidental strike also said that he had to restart his life with nothing. Umaru, critical of the military’s raid on towns filled with innocent citizens, however noted that it was only imperative that the government admit their misdoings rather than just compensate survivors.

Recruits being scouted amongst townspeople due to distrust in government.

In numerous northern communities, civilians are beginning to lose faith in governmental processes, setting up courts and dispensing justice themselves, faster than the country’s overworked judiciary. In fact, Hoffmann stated that this could be trivialized around these communities due to the military operations being carried out without any safety guarantee for the citizens. Also, the director of CDD, Idayat Hassan asserted that recently, the armed groups have been scouting for recruits amongst the townspeople, due to their distrust for the government. She noted that the security forces must work towards reducing casualties and trying a different counterterrorism approach, with more emphasis on winning the trust of the people, so that they can work collaboratively towards curbing terrorism in the country.

I’m happy the victims of the accidental air raid survived the attack. They will still be in shock, so the government should ensure they come to their rescue. What ever they might have lost due to the error of the military should be recovered back for them.

Trying a different counter-terrorism approach is highly essential at this point. These northerns have suffered long enough. Most of them now live with unforgettable trauma. Lost their houses, source of livelihood, moving from a community to the other. It’s a whole lot. It high time an effectiveand lasting solution be put in place.

The air raid attack is one of the fatalities witnessed by citizenry due to insecurities,now the counterterrorism unit need to e more pragmatic in their approach towards the bandits.

The military need to plan well before any attack to order to avoid the killing of innocent citizens. They should be a different ways of attack

Widespread studies, particularly those coming from the north, suggest that in the process of attempting to target armed groups,

These terrorist organisations have carried out raids and attacks on civilians as well as officials in the armed forces.

As a direct result of the bandits’ activities, particularly in the north, the military has been continuously targeting their communities, which has resulted in the deaths of a great number of residents.

This is a very disheartening news, the Air Force need to re-strategize and think of a way to do their things in the safest way

The military should re-strategies and get an effective solution.. The government on it own part, should ensure they come to the rescue of the victims.

It is very disappointing to know that those in charge of protecting us are now the ones putting our lives at risk. They really Need to sit up

These recurrences have however caused outbursts among numerous people, who feel the military should be more cautious in their affairs of raiding these bandits’ camps.

The Christian Association of Nigeria has been especially loud about the fact that it would not be supporting the APC ticket, and this is a negative development.

These villagers were given false optimism when a jet was positioned to offer them hope, but instead it shelled the village, causing several buildings to be destroyed.

As a result of the military’s response in these war zones, there have been a number of civilian deaths as a result of the bombing of people who had already been displaced by the bandits’ attacks.

The military of Nigeria has been so incapable of self-reflection, of accepting responsibility for its own actions, and of transforming itself into a force that protects civilians that it has been unable to learn from its mistakes.

The situation of the country is getting worse everyday because already people are beginning to loose hope in all aspect of life and is very dengerous to the development of the country in general.

The true is that the military has been infiltrated by these terrorist. There is the sponsor the said terrorist in the government. Killing innocent people by their air strike will not mean anything to them because it was done by the terrorist camouflaging as a military personnel. All they will have to say is that they have been able to decimated the terrorist through their counterterrorism attack meanwhile it was the innocent that were killed.