Sacrificing the innocent for a better life 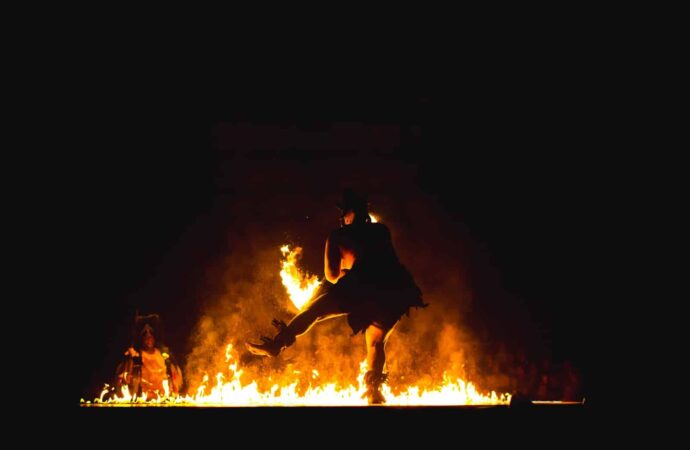 Can those who believe in the practice of ritual sacrifice be persuaded to end the practice?

Ritual murder is a barbaric practice that must be eliminated from our society. I commend Rep. Okechukwu for bringing this issue to the attention of the House, and I urge the Inspector General of Police to take swift and decisive action to end this scourge. The House of Representatives has charged the Inspector General of Police to take urgent steps towards tackling ritual sacrifice in the country. Ritual sacrifice is the act of sacrificing something or someone, usually as an offering to a god or gods. It is often done as part of a religious ritual. In Nigeria, there have been a number of cases of ritual sacrifice in recent years. This is a problem because it can lead to violence and chaos. It also puts the lives of innocent people at risk. The House of Representatives has therefore called on the Inspector General of Police to take immediate action.

When it comes to ritual sacrifice, it appears to be a common practice found in many parts of the world. This involves the offering of something of value to a deity or other spiritual force in order to gain their favor or to appease them. It can be seen in various cultures throughout history, and can take many different forms. Animal sacrifice is one common type, where an animal is killed as an offering to a god or spirit. Human sacrifice is another form, where a person is killed as an offering. This is most often done as part of a religious ritual.

Suspects confessed to learning about the ritual from Facebook

The Nigerian Senate is discussing a motion to increase awareness and prevention of ritual killings in Nigeria. This is in response to the increasing number of cases of abduction and missing persons reported each year. The culprits also rape, kill and remove body parts of unsuspecting victims.

The ritual in question is often referred to as the “Sofiat” ritual, named after a young girl who was killed as part of the ritual in Oke Aregba area of Abeokuta, Ogun State. The police have reported that one of the suspects confessed to learning about the ritual from a video he watched on Facebook. He went on to say that the death of Sofiat, which drew national outrage and condemnation, was what motivated him to get involved in the ritual. The Sofiat ritual is a particularly gruesome and macabre one, and it is believed to bring good luck and fortune to those who partake in it. The ritual involves the sacrifice of a young girl, and it is thought that her blood will bring good luck to the participants.

The alternative of choosing legal and peaceful means to resolve conflicts

After discussing the issue, the House of Representatives declared a national emergency on ritual sacrifice. This was in response to the increasing number of cases of ritual sacrifice being reported in the country. The House urged the National Orientation Agency (NOA) and other stakeholders to initiate a campaign to change the situation. This campaign would aim to raise awareness of the dangers of ritual sacrifice, and to promote the alternative of choosing legal and peaceful means to resolve conflicts. The House also called on the government to provide more funding for security and law enforcement, in order to combat the problem of ritual sacrifice.

The Executive Director of the National Film and Video Censors Board is responsible for ensuring that all movies produced in Nigeria meet the Board’s standards for content and appropriateness. This includes approving all scripts and working with production companies to ensure that films are appropriate for all audiences. The Board is responsible for safeguarding the public against inappropriate or offensive content in films, and works to promote positive, family-friendly films that reflect the values of Nigerian culture.

People often feel overwhelmed by the complexities of the world

People perform rituals for a variety of reasons. One reason is to create a sense of order in their lives. People often feel overwhelmed by the complexities of the world, and rituals can help them to feel like they are in control. Rituals can also help people to feel connected to their communities, and to feel like they are a part of something larger than themselves. Finally, rituals can help people to express their beliefs and values. The question is where do we draw the line and put an end to the centuries old belief in this practice.

Sacrificing the innocent for a better life – Can those who believe in the practice of ritual sacrifice be persuaded to end the practice? – Express your point of view.