Residents cry out for aid against child abuse 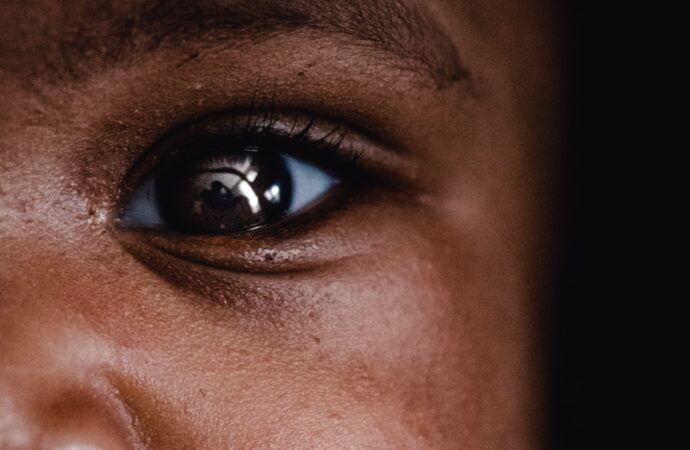 Residents have called for government’s support in fight against child abuse.

The prevalence of this issue has evidently piqued numerous individuals and groups. Recently, Save the Children International (SCI), an international body against child abuse in their letter to President Buhari, immensely expressed their concerns over the growing cases of child abuse in Nigeria, noting that children have been increasingly under attack by the cases of molestation, sexual abuse, violence, early Child’s marriage, trafficking and child labor that have exposed them to different forms of trauma.

Poverty, a dominant factor for parents giving their children away.

Also, a huge section of residents in Abuja have again called on the government at all levels, as well as concerned stakeholders to further ensure a safekeeping of the Child Right Act in the country. While many non-government organizations are doing their part to curb this issue, the government must be paramount and match their strive to ensure an absolute protection of the rights of children. These residents, speaking to the News Agency of Nigeria, overtly capitulated on growing rate of street children, admonishing the government to help with reduction of this phenomenon.

Commenting on this growing rate of abuse against children, Mr. Samuel Onime, a lecturer at City Polytechnic averred that poverty has been a major drive for parents giving up their children to be cared for. Children are subjected to a variety of abuse that can range from physical, sexual and emotional, from guardians and streetism. Parents are forced to give up their children because of their inadequacy at catering for their needs. He further noted that the deficiency of birth control in the country also abets this problem, as some parents continue to be engrossed with giving birth, even without the financial capability to take care of them. He however advised the need to immensely embrace family planning, to moderate the country’s birth rate.

Medical personnel must also make family planning accessible to everyone.

Dr. David Oamen, a teacher also stated that some parents indulge in this act of giving their children away, so as to pass the responsibility of the children’s upkeep to a guardian or use them to earn money. He added that poverty is a dominant factor that comes to play on this case because it is highly impossible for a poverty-ravaged family to afford basic necessities to ensure the upkeep of their children and in such situations, they decide to give their child/children away. He also attributed this menace to the level of illiteracy on the parts of many parents who give their children up, even when they do not fully know the risks involved.

Per survey, most children who are used as caregivers are victims of numerous domestic abuses like poor hygiene, violence and exploitation, and one resident, Mrs. Kate Uwabueze asserted that most of these children are not properly taken care of, and are mostly exploited for domestic services. Thus, many residents of Abuja, in tackling this issue, have appealed to medical personnel to make family planning accessible. Also, immense sensitization must be carried out, to make parents aware of the rights of children, as well as the risks of giving up their children.

The government must also increase their efforts towards sensitizing people.

One of the residents also appealed to the human rights commission to pump in more efforts into eradicating streetism and investigating these cases deeply. These residents further suggested that non-government organizations, in cooperation with the government must also increase their efforts towards sensitizing people, especially in the rural communities of the dangers of child abuse and importance of birth control. The communication advisor of Plan International, an NGO against child abuse, Mr. Yunus Abdulhamid also reiterated that stringent punishments must be ensured for every offense against children.

Sensitizing people about child abuse important so they will know about the danger and risk that is involved in child abuse. The government should try more to eradicate child abuse and punishment should be every offence against children. Poverty is also cause one of issue to child abuse

These heinous crimes of child abuse and poor treatment are also committed by parents and caregivers in oversight. In sequel to this, there needs to be a significant effort made to sensitize parents to both the hazards associated with leaving their children in the care of others and the rights of children.

Many Nigerian children are still victims of child abuse on daily basis. We need to report anybody abusing children, when ever we see those act in our neighborhood. A lot this children are so Afraid of speaking out because many of them are living in fear..

We have to do enough to get rid off child abuse. We should assist the UNICEF in their fight for children education and well being. Alot of children have been abused in Nigeria. Some of them have been victimized. We need to rehabilitate some of them and ensure they are well taken care of. The aids needed should be provided to manage the children’s welfare too.

We need to sensitize both the parents and children about the risk child abuse entails. Culprits should be arrested, exposed and deservedly punished. Others would learn.

Poverty level in Nigeria is increasing per second in Nigeria and this is the major problem facing the parent which force them to give their children out for labour.All the blame will still shift to irresponsibility of the people in government to do the right thing by creating job for masses and do away with corruption.Moreso, serious awareness should be provide to citizen about giving birth to children they can train.

This is quite sad. As it’s rightly stated, poverty is a dominant factor. However parents are still responsible for what happens to their wards. If you must give your child out, ensure safety of the child from time to time. Also, aside making family planning accessible, they should be sensitized too or maybe there should be a regulation.
The poorest gives birth the most. What magic are you expecting?

Child abuse is sad and it has been too rampant in the country I hope the UNICEF will actually step in and do something.

While non-governmental organizations are working to address this problem, the government must take the lead and match their efforts to guarantee the complete protection of children’s rights.

When it comes to ensuring that children’s rights are protected completely, the government’s role must take precedence and be on par with their efforts.

This issue is additionally exacerbated by the lack of birth control available in the nation, since some parents continue to concentrate on having children despite not having the resources to care for them.

It is the responsibility of the government to ensure that severe sanctions are handed out for any crime committed against children. This will deter future acts of violence against children.

It is terrible that there has been no action taken to stop the growing number of attacks on children, including molestation, sexual abuse, violence, early child marriage, human trafficking, and child labor, which have exposed them to many types of trauma

Child abuse is excessively rampant in Nigeria, our human rights activist need to start apprehending those involved and educating young people on their rights

The government needs to devote a greater amount of resources to the fight against streetism and conduct in-depth investigations of situations like this.

There is truly I level of child abuse in the country which is as a result of poverty. Government has a major role to play in stoping child abuse by sensitisation and legalize law against it.

Child abuse as gotten to the peak in Nigeria and has to be curbed. The situations in this country has worsting everything. Parents willing give their child all because of poverty. Government need to effective sensitize everything single Nigeria against child abuse and make Nigeria conducive for us to dwell in.

Children are very vulnerable and and be easily preyed on by all these dangerous people, the government had to enable more protection laws for them.

Many child in this country has been forced into early marriage, this barbaric act in the country needs to stop as soon as possible because this is bad

Because there is a lack of birth control in the country, some parents continue to be preoccupied with having children even though they do not have the financial means to provide for them, which is terrible for the children. The lack of birth control also contributes to the fact that this problem exists.