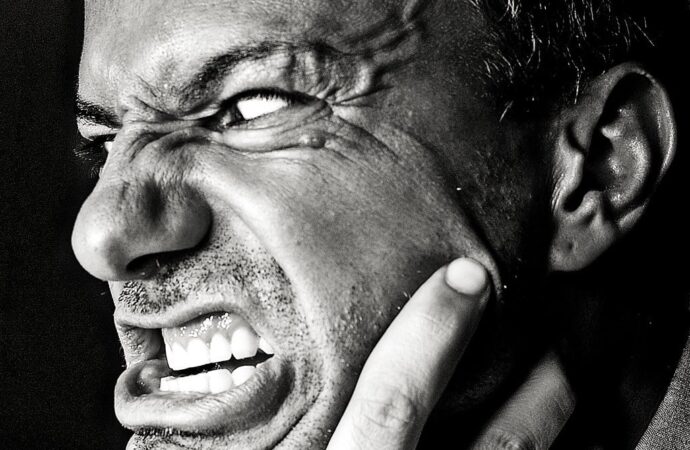 The Federal Government of Nigeria has, on August 2nd, 2022, called for collective efforts in the prevention of violence and extremism and in bringing peace and harmony to the citizens. The Minister of Women Affairs, Dame Pauline Tallen, made the call at the National Stakeholders’ Forum on Parenting for Peace in Abuja. The forum was organized by the Ministry of Women Affairs in partnership with Mercy Corps and the United States Agency for International Development (USAID).

Permanent Secretary of the ministry, Idris Mohammed, who represented the minister, relayed Tallen’s message that the stakeholders’ forum was appropriate at this time that the country was experiencing insurgency and terrorism, which were threatening its existence. According to the minister, for the past few years, the government has been battling different insecurity threats, which include Boko Haram in the North-East, the farmer-herder clash in the North Central part of the country, the Niger Delta militant in the South-South, IPOB and ESN in the South East, and banditry and kidnapping.

“It is disheartening to note that we keep losing lives,” says the minister.

She said, “It is disheartening to note that we keep losing lives and property. Many people are being taken as hostages for ransom, and there is the displacement of millions of people all over Nigeria. These result to loss of livelihood and consequently loss of billions of naira, resources continuously wasted leading to depletion of national resources which ultimately may contribute to the nation’s depleting economy. All hands must be on deck to prevent violence and extremism in all ramifications to bring peace to our people, which is the essence of our gathering today to discuss the way forward.”

Country Director of Mercy Corps, Ndubisi Anyawu, said that the corps’ sole responsibility was to advance peace and stability by addressing and mitigating gender dynamics that perpetuate and escalate conflict. Anyawu, who was represented by Adesola Asogi, Acting Country Director, said that Mercy Corps was a non-governmental organization (NGO) which had been existing globally for over 40 years. He said that the organization had been in Nigeria for over 10 years with a passion and mission to reach the most vulnerable in places hardest to reach and to make their lives better.

Different organizations give their mission statement.

He said, “That is where we are in Mercy Corps. That is who we are as Mercy Corps. Our focus areas include interventions in development, the humanitarian space, and peace building. Which is where the Community Initiatives to Promote Peace (CIPP) program “sets to promote and begin the initial correction for peace initiatives as well. Over the last ten years, we have worked around humanitarian interventions, wash, nutrition, food aid, and agriculture. Over the last ten years, we have impacted the lives of over two million beneficiaries, over 50 percent of which are women.”

Dr Garba Abari, the Director-General of National Orientation Agency (NOA), said that the agency was created to educate citizens on government policies to be better understood. He said, “The National Orientation Agency is an agency of the government established to educate and sensitize the citizens and create awareness on multiple programs of government. We realize that peace building is very critical for any developmental policy of government to occur. So, we have constantly been engaging Nigerians through a program tagged ‘Building a People of Peace’.” He noted that the program was done through community engagements, town-hall meetings, and community feedback. He noted that the organization transcends the six geo-political zones of Nigeria, including the Federal Capital Territory.

The CIPP is a five-year peace building program which is funded by the USAID to prevent violent conflict in the most at-risk communities in six states in the North-West and North-Central regions of the federation. Relevant government Ministries, Departments and Agencies (MDAs) and Civil Society Organizations (CSOs) attended the forum to discuss pathways to strengthen the capacity of women, parent, and the youth in order to address radicalization and susceptibility to violent extremism. The forum also serves as a means of gathering information to develop content for a comprehensive guide on parenting for peace and preventing violent extremism.

Not only the government, but we are also saddled with the responsibility of keeping our society and the country safe by reporting any suspicious act of violence or terrorism to the appropriate authorities and sensitizing those who may harbor such thought.

It is now they know they will seek help since all these days. The extent of extremism in Nigeria has gone overboard and it’s really destroying us gradually. Alot of people resort to violence nowadays, not to talk of the menace of insecurity that has been ravaging us. We are deteriorating in the way we relate with one another in this country and the security personnels are not helping matters. Thus, we need international help from other countries.

The truth is that the level wey Nigeria dey now is not good at all. Am not seeing any change. Government has the major role to play to prevent violence and extremism. Because their is nothing we the citizens can do. Fulani herdsmen has been killing yet government has no solution to it uptill today. This Fulani herdsmen killings bring about the ESN. The ESN is protect their land from Fulani herdsmen. Government are saying ESN is not right. Then what has Nigeria Government done to stop this Fulani killers.

To bring peace to our people, we need every available resource to be directed toward preventing acts of violence and extremism in all of their forms.

We need to corporate with the government because we can’t keep living like this and fighting each other. It is for our own good

It is tiresome hearing this clacking gong of terrorism in every part of the country mostly the north and government kept on saying we’re doing something yet people are dieing through the hand of this extremist. The government should please X-ray themselves and fish out the sponsor of these terrorist in their government.

When things has gone out of hand government is now seeking support on ending extremism and violence. See the government should check themselves and stop playing nepotism, tribalism, sycophancy. They should do the right thing and end insurgency in Nigeria ones and for all.

Insecurity in this country has had it say already…
We accept the fact that people should work with the govt, even the govt too are not innocent. They should disclose the sponsor of these terrorist and bandits because I believe they work for or work with people at the top!i

It is very sad situation where Nigeria find itself at this time and all this blame will still go to the government and all the people in the right place that suppose to do their work but refused.All hands must be on deck to find a lasting solution to the killing and insurgency in every part of the country.

It is discouraging to learn that we continue to suffer losses in terms of both life and property, things have to change in the country

Many people are being held hostage for ransom, and there have been millions of people forced to flee their homes across Nigeria as a result of the violence.

We need to make concerted efforts to bring about peace and harmony among the populace, as well as to reduce the likelihood of acts of violence and extremism occurring.

Establishing peace is essential for the successful implementation of any government’s developmental programme, so we have to do that.

There has been a mass exodus of millions of people across the entirety of Nigeria. It is unfortunate that this causes people to lose their means of subsistence.

An agency should be established by the government so that public would have a better understanding of the policies of the government.

These organisations should organize sensitization and awareness creating programs that will enlighten people on the important of peace in the society and why they should desist from violence.