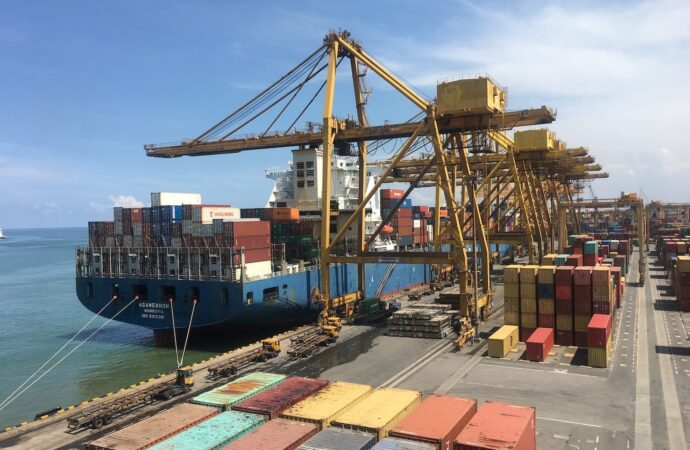 In March 2022, a report by the United Nations Food and Agriculture Organization estimated that about 19.4 million people will face food insecurity across Nigeria between June and August 2022. The Federal Ministry of Agriculture and Rural Development and other stakeholders put together the report. The report analyzed acute food and nutrition insecurity in the Sahel and West African regions. It identified insecurity, especially insurgency in the North-east states (mostly in Borno, Adamawa, and Yobe), and armed banditry in some North-west states (such as Sokoto, Katsina, Zamfara, and Kaduna) as well as in the North-central states of Benue and Niger, as key drivers to the upcoming food crisis.

The report also named an equally bigger problem as high inflation in rising food commodity prices. This could be associated with an economic downturn, which will ultimately contribute to the hunger crisis. So, in February 2022 when Kazeem Ganiyu shut down operations at a bakery in Muslim-Odinjo area of Ibadan, Oyo State, he rightly lamented the rising cost of production and the ripple effect it had on the market. He told the press that as a baker, he could no longer cope with the rising cost of materials needed for baking. He said the cost of production had pushed away many of his suppliers.

The global crisis in Ukraine has had local effects.

The invasion of Ukraine in late February 2022 dramatically worsened the situation of inflated global food prices. The war disrupted the global food supply chain. It especially prevented grains from leaving the “breadbasket of the world,” causing the prices of food across the globe to shoot up. The development is expected to worsen shortages, hunger, and political instability in many struggling economies. This includes Nigeria because Russia is the top global fertilizer producer. Also, about 90 percent of wheat and other grains from Ukraine’s fields are shipped to the world by sea, but they have been held up by Russian blockades of the Black Sea coast.

Global food prices have already been rising prior to the Russian-Ukrainian war, but the war has worsened the situation. It has made it difficult for traders to import some 20M tons of Ukrainian grain into countries in the Middle East, North Africa, and parts of Asia. Russia and Ukraine export nearly a third of the world’s wheat and barley, more than 70 percent of sunflower oil as well as corn. Some agro-allied importers and manufacturers in Nigeria who spoke to the press lamented the impact of the war on their supply chain. They also lamented the duty evaluation on some essential commodities and raw materials for food processing. They said that the situation threatens the efforts of Nigerian food, beverage, and tobacco processors to counter the shortfall in supply and global supply disruptions caused by the Russia-Ukraine war.

A manufacturer and another importer, who both spoke to the press under the condition of anonymity, complained about the nation’s import duty pricing of some critical raw materials, which are being valued based on spot price instead of the transaction value of the commodity. They also argued that the Customs randomly adopt prices without considering importers and manufacturers who may have secured goods at cut-rates based on records of trade partnership and long-term business relationships. According to details of import duty payment on the website of the Nigeria Customs Service (NCS), importers are expected to pay an administrative charge of one percent of FOB value of all imports. “All imports shall continue to be assessed for duty at the CIF (cost, insurance and freight) value of the goods using the rate of exchange on the approved e-Form M,” the website says.

Importers also allege that Customs officials often resort to spot price valuation using a global price benchmark of the goods and raw materials at the time of duty calculation. “The problem with this valuation system is that it is a ‘burden’ for manufacturers who get their supply from long-time traders and suppliers at rates far lower than the so-called global benchmark rate,” an importer told the press. However, a Customs official, who does not want to be quoted by the press because he was not authorized to speak, noted that the Service adopts WTO agreement on value which allows the use of transaction value as presented in an invoice. He said they also consider the international benchmark whenever there is a conflict in the rates quoted by importers and the prevailing value of the import.

The Nigeria Customs Services speaks on the import duty issue.

The national public relations officer of the Nigeria Customs Service, Timi Bomodi, supported the claims of the anonymous officer. Bomodi said that the Customs Service acts within extant rules in the discharge of its duty of facilitating trade. He said that when there is discrepancy in the transaction value as presented in an invoice and global economic realities, Customs adopts the global price benchmark based on value. He explained that under-declaration, which is designed by some manufacturers to cheat the system, remains the root of the matter.

The Nigeria government should do better in alleviating the pain of it’s local producers. The high import duty they have to pay to import goods and services is so high. We should do well to encourage our homegrown products.

The multiple tax regime in Nigeria from the importation of goods from other countries has really affected the price of goods in the country and this will continue unless drastic action is taking.

There is real inflation in the country everything is on the rise in terms of food,I just can’t fathom why is wrong in all sector,one can just imagine increase in import duties it’s really killing the masses.

Import duty is high, we are all facing the hit. Government truly can fix this problems if they really care about the country, but they don’t want to sacrifice anything at all. They can not even encourage and support our product. We have everything to survive as country but still depend on importation, no be madness be that. Abeg government park well

The import duty is high and it has really affected the price of goods and services in the country. The government should do better, finding a way out.

People that import goods are required to pay such a hefty import duty in order to bring goods and services into the country. It would be wise for us to promote the items that are grown here at home.

Many suppliers had abandoned their work because of the escalating cost of the commodities that were required for the preparation of meals.

The war initiated by Russia caused disruptions in the chain of global food supply. In particular, it blocked grains from leaving the region known as the “breadbasket of the world,” which led to a dramatic increase in the cost of food anywhere in the world.

Many already struggling economies are likely to experience a worsening of shortages, famine, and political instability as a result of the crisis. Since Russia is the world leader in fertiliser production, Nigeria is included.

Although its cannot be overemphasized that the Russia-Ukraine war also affect our economy in Nigeria, but our government needs to strategize and find a way to diversify with other resourceful sector so we won’t be affected for long.

This is just a means of discouraging importation, it’s high time we stopped depending on imported goods and start looking for means to produce this things in our country

This is the major reason why tiffs are super expensive, the government needs to be considerate when making this type of decision.

Nigeria is already in an unexplainable state, why do they have to increase import duty?? This people are fully aware that this will directly affect the price of food stuffs, this is just an inconsiderate act

In cases where an invoice’s stated value for a transaction does not match up with market conditions, Customs will use the market value to determine the true cost of the transaction and that is why the imports duties might be high.

The tariff on imports is rather expensive. The price of goods will also be high, and this will have an effect on the people. The inflation rate in our country is too high, and we need to find a solution to this problem. Things are becoming more difficult.

There is a possibility that this rise in taz imports is connected to a slowdown in economic activity, which will ultimately contribute to an increase in the number of people going hungry.

When there is a discrepancy between the rates quoted by importers and the value that is actually being paid for the import, customs officers will go to the international standard for guidance.

The import tax is quite high. The cost of commodities will also be high, which will impact the populace. Our nation’s inflation rate is out of control, and we need to find a solution. The challenges are increasing.

All what we are seeing now: inflation, high import duty, food scarcity…. stem from the following: bribery and corruption, nepotism, etc… which are currently plaguing this administration.

This government has plunge us deeper into poverty, we have so many jobless individual out there. Inflation has hit our economy that it will only take the grace of God for our country to recover. Government policies is causing more damage to the economy. The import duty is way too high. The government has failed and are now looking for other means to raise fund rather than cut down the cost governance to remedy their mistakes.