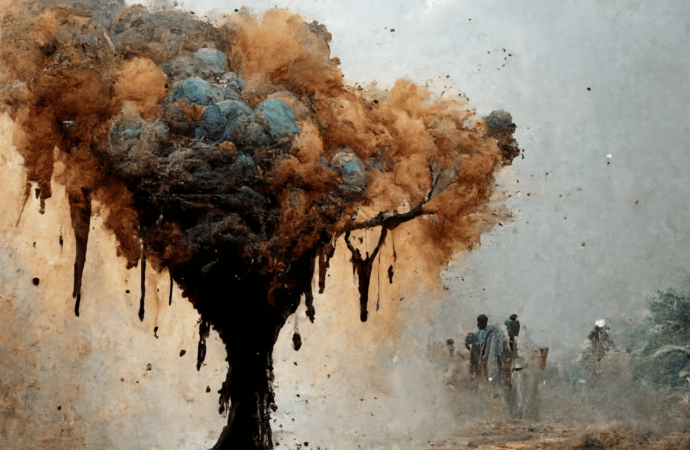 The Senior Special Assistant (SSA) to President Muhammadu Buhari on Media and Publicity, Garba Shehu, has disclosed that the National Security Adviser (NSA) will soon reveal the identities of highly placed Nigerians behind crude oil theft in Nigeria. The presidential spokesman told the press on August 19, 2022, that as part of the efforts to rid the country’s economy of sabotage, security operatives had raided locations where illegal oil bunkering had risen and succeeded. He further implied that some law enforcement agents might be engaging in the illegal act. He added that new measures were being taken to stop it.

Shehu also said that it is embarrassing for the country not to meet up with the quota given to it by the Organization of Petroleum Exporting Countries (OPEC). He said, “Oil theft is being tackled. The big problem we have in this country is that we ought to see more commitment from communities in assisting law enforcement agents. In some cases, where some law enforcement officers are complicit, it becomes bad. We used to fight the OPEC for more quotas; now, they’ve given us and we aren’t able to meet up. This is embarrassing. Security agencies are fully involved in stopping this act. I’m hopeful that in the next few days, the office of the National Security Adviser (NSA) will be presenting to the country big men who are promoters of this kind of business as they’re being caught and illegal refineries are being bombed out.”

President Muhammadu Buhari had directed security agencies to immediately put a stop to the theft of the country’s crude oil by criminals and vandals in the Niger Delta region. “We will not allow a few criminals to have unfettered access to the nation’s crude oil supply, hence I have directed our security agencies to speedily bring to a halt the activities of these vandals in the Niger Delta,” Buhari had said in a statement. There should be no hiding place for such criminals, and our cooperation with neighboring countries in halting these crimes as being strengthened and tightened.

Meanwhile, Shell Nigeria had said that crude oil theft is an existential threat to the country’s oil industry. Osagie Okunbor, Managing Director and Country Chair for Shell Petroleum Development Company of Nigeria Limited and Shell Companies in Nigeria, said this at an energy conference. He said that this has resulted in the shutdown of two of its major pipelines. He said that oil theft was one of the reasons that Nigeria could not meet its OPEC quota of 1.8 million barrels a day.

In July 2022, Gbenga Komolafe, the head of the Nigerian Upstream Petroleum Regulatory Commission (NUPRC), had disclosed in a statement that Nigeria lost a staggering $1 billion in revenue in the first quarter of 2022. Komolafe had warned that the development was a threat to the country’s economy. Nigeria loses millions of barrels of crude oil a year because of theft and vandalism, including the tapping of crude from a maze of pipelines owned by oil majors.

Earlier in 2022, the Monetary Policy Committee (MPC) of the Central Bank of Nigeria (CBN) had decried the negative impact of the increasing oil thefts on the economy. Particularly, it had said the situation was affecting the growth of the country’s foreign exchange reserves and government revenue. Speaking on the impact of oil on the economy, the governor of CBN, Godwin Emefiele, had said before the Russian-Ukrainian war, the MPC was optimistic that the moderate decline in inflation was sustainable due to the positive impact of good harvest on price levels. He had, however, said the MPC was worried that the rising global oil prices had been compounded by the shortage of supply of petroleum products.

Nigeria loosing such huge amount to oil theft after all said and done and their names released what will happen noting as usual just old drama and we are back to same thing.

Oil theft in Nigeria has been in existence for ages and most of the act is been carried out either by people in government and their friends with help of security agencies,so all the article concerning how they are going to s to stop in is fallacy.

A lot of money is lost due to oil theft it need to be stop, oil theft issue as been disturbing the flow of oil since all this year since nothing is been done that why they continue to disturb the flow of oil by theft so the government need to stop the oil theft

They should be punished to the full extent of the law too. Because oil theft has been disrupting the flow of oil for the entire year and the government hasn’t taken any action, a significant amount of money has been lost as a result. As a result, the government must put an end to oil theft.

The truth is this must of these oil theft are carried by the cabals who are always covering their tracks with government officials. The painful thing is this; it is the common man that will be apprehended and charged for oil theft.

Is it not possible for us to have 24/7 surveillance in this oil located areas. With this we can really tell if someone was going to engage in oil theft. It is distasteful that we are still facing the problem of oil theft. Nigeria should do better to ensure our natural resources are well conserved and secured.

Oil theft is a tremendous impediment and a set back to the oil industry and it flows in the country. The problems needs to be addressed as soon as possible.

It will be very good if the government actually reveal the names of these oil thieves, so we will know the people harming our economy.

The president should go ahead and reveal their names and even their pictures, but not only should their names be revealed but they should also be punished accordingly.

Oil theft is becoming outrageous in this country, the government needs to properly address it and let everyone know those people behind it.

There should be no place for these types of criminals to hide, and our collaboration with the nations that are adjoining us should be enhanced and tightened so that we can put an end to these kind of crimes.

Those behind this oil theft are causing damage to our economy , they should be exposed and punished.

The most significant issue that we face in this country is the need for communities to demonstrate a greater level of dedication toward assisting law enforcement officials. if they helped oil theft will reduce

Crude oil theft is already becoming rampant in the country and that is seriously affecting the growth of our economy.

The powerful persons who support this line of work should be apprehended and exposed as illegal refineries are blasted out.

Theft of oil was one of the factors that contributed to Nigeria’s inability to reach its OPEC quota of barrels per day we should be providing and this is not a positive reflection on the country as a whole.

We facing the problem of oil theft is not speaking well of us a nation. The government must strive hard to put an end to oil theft. Everyone found guilty should be deservedly punished.

If the government knows their name, what are they waiting for. They let us know the oil theft both their pictures biko

Stealing oil in this country has been going on for a long time, and the most of the crimes committed there are committed either by those who are employed in government or their associates with the assistance of security forces.