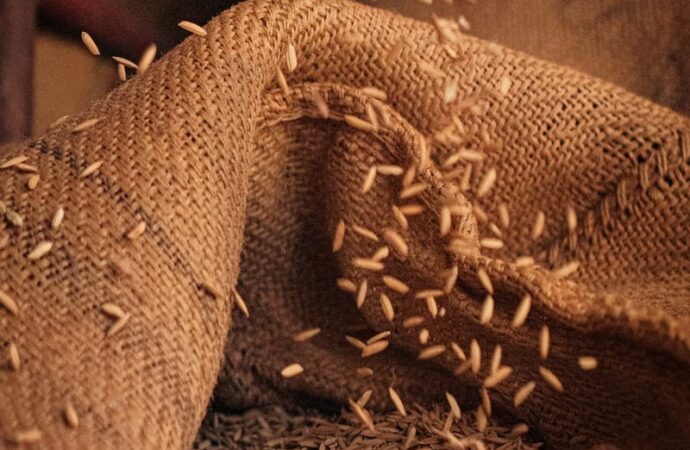 Oyo State Police Command are showing zero tolerance for crimes in the state.

In every social ambience, security measures are ensured to maintain peace and order and by salvaging the widespread of crimes and violence from the grassroots, the country’s social and economic development immensely benefits. However, Nigeria continues to witness a surge in crime rates. This increase that has devastated the country has raised poignant questions about the efficacy of the security proactiveness and the government’s place in protecting the lives and properties of its citizens.

Recently, the Oyo state police command is said to have apprehended a suspect for the alleged crime of hijacking and diversion of over 130 bags of rice, estimated at around N4.6 million. SP Adewale Osifeso, the Public Relations Officer of the command made this known while in the act of parading the suspect, as well as suspects of other criminal activities that have been carried out around the vicinity. This parade took place on Friday, at the headquarter of the command in Ibadan.

Ten suspects paraded at the command headquarters for numerous crimes.

Reports indicated that ten suspects were paraded at the command headquarters for numerous crimes like armed robbery, hijacking, snatching of cars and motorcycles, as well as diversion of trailers full of cooking oil. Osifeso noted that the suspect involved in the rice hijack was apprehended at about 8:30 pm on August 8, 2022, upon receiving credible information about the crime. He further stated that the suspect was a member of a criminal gang specialized in the hijack and diversion of trailers and other goods ladened vehicles.

The suspect, upon arrest was reported to have been found in possession of 130 bags of rice, valued at an estimation of N4.7 million, suspected to be stolen goods. The preliminary investigation however indicated that prior to the theft, the consignment and trailer were designated to a certain store at Akure, Ondo state from Kano state. SP Adewale Osifeso also asserted that the suspect had masterminded the sale of parts of the goods to illegal receivers around Okene area in Kogi state.

Two suspects apprehended on their way to deliver a snatched car in Ibadan.

The PPRO reported that the suspect was apprehended in Alakia area of Ibadan, Oyo state, where he confessed to indulging in this crime and was presently assisting the command in enhancing the investigation. In addition, the command further arrested two suspects of armed robbery, for the alleged snatching of an unregistered Hyundai Sorona car. According to Osifeso, these suspects confessed to snatching the car from the owner on the Erio Ekiti to Aramoko Ekiti road, Ekiti state, on Wednesday.

He noted that these suspects were arrested in Ibadan, while on their way to deliver the stolen car to another suspect at iyana-Ipaja area of Lagos state. The original car documents with the registration number of (LAGOS) LND 705 GD, an Infinix mobile phone and an iPhone brand, with a torch light which belonged to the owner of the car were recovered during the process of searching. The suspects reportedly confessed to this crime, noting that the car was to be delivered to iyana-Ipaja.

Osifeso assured residents of no tolerance to crimes committed in the state.

Osifeso however stated that the suspects of the car theft and the car were scheduled to be transferred to Ekiti State Police Command for further interrogation. The suspects confessed to have snatched the car to aid the transportation for their illicit business of smuggling rice. Assuring residents of their task of the force to further protect lives and properties, Osifeso stated that the police command, under the leadership of Adebowale Williams, the State Commissioner of Police will continually ensure no iota of tolerance for any form of crime perpetrated in the state.

Nigerians and crime just imagine diverting rice worth millions and oil and hijacking cars,when will Nigerians stop committing crimes….it’s getting too much..thanks to the police force but they need not relax.

This is a criminal offence and it’s quite important the suspect is paraded and prosecuted. There are a lot of criminality going on in this country. It is only God that can save us this time around.

The amount of crime rate in nigeria is too much we need to reduce this crime rate robbery, car hijack and so on our force need to show zero tolerance to crime so we are reduce the crime rate

Every day crime in Nigeria, bad foundation. Government has make everything in Nigeria to be complicated. Insecurity problems, crime here and there. We need to vote wisely

Kudos to the police. We look forward to more interceptions of these criminals

The implementation of security measures ensures the continuation of peace and order while also preventing the further growth of crime and violence from the ground up.

Nigeria is still experiencing a rise in the number of reported criminal offences, an increase that has wreaked havoc on the country.

Rate of criminal activities is not reducing in this country despite the fact that the forces are trying their best. Hopefully they will continue to apprehend evil doers like this.

If the Nigerian Police can be very proactive like this, the level of crime would have dropped drastically.

This has to be the reason why rice is getting expensive, these guys hijacking the rice will definitely not feed on all, but end up selling the rest at exorbitant prices

Kudos to the Oyo state who are not willing to condone awny form of criminality within the state. I wish the Nigerian Police force can replicate the same in every State of the country.

This is how our security agents should be functioning. Giving no space and tolerating no crime, and prosecuting those caught with unlawful action will strengthen our security system.

It’s a good sign that the security officers are reassuring locals that their mission is to further protect lives as well as properties.

This rise in criminal activity has had a devastating effect on the nation and has prompted serious issues regarding the efficacy of the country’s security measures and the role that the government should play in protecting the lives and possessions of its residents.

The preliminary inquiry revealed that previous to the theft, the consignment and trailer were destined to be delivered to a certain retailer in Akure, which is located in the state of Ondo. This location was transferred from the state of Kano.

All hands must be on deck to curb the menace of crime at all level because the rate at which crime is committed on each day is not good for the development of the country.

It is the responsibility of the State Commissioner of Police to ensure that there is zero tolerance for any kind of crime committed within the state at any time.

These gangs getting involved in hijacking food trucks should be severely dealt with and thrown in prison.