13000 health workers leave for the UK 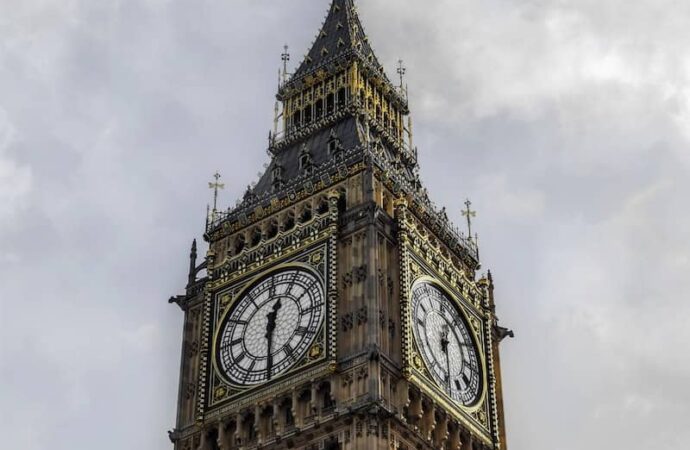 Nigerian hospitals are understaffed due to lack of healthcare personnel.

Concerned Nigerians have continued to decry what they refer to as “brain drain” which is currently going on in the country. Brain drain is a situation when a lot of highly trained or qualified people from a particular country emigrate to other countries in search for greener pastures. Eventually, they leave their country with lack of highly trained and specialist workers. This may be what is truly happening in Nigeria as Nigerian hospitals continue to suffer and lament from insufficient doctors and other health personnel in the country.

Over 13,000 healthcare workers have emigrated to the United Kingdom in the past year. According to the UK immigration report released on August 25, 2022, 13,609 Nigerian healthcare workers were granted working visas within the period of one year. This is second only to the over 42,000 who have emigrated from India. The report shows that the over 13,000 Nigerians were granted visas for the ‘Skilled Worker-Health & Care’ category and it accounts for 14 percent of the total visas granted.

Not only healthcare workers are leaving the country.

The report shows that India has the highest number of visas granted in that same category with 45 percent-over 42,000, while the Philippines is third with 11 percent-over 11,000. Nevertheless, it is not only healthcare workers that are leaving the country to work in the UK. According to the report, Nigerians are also the second highest recipients of the ‘worker’ visa. This is second to only Indians. In the year ending June 2022, Nigerians made up over 15,000 of the ‘worker’ visas granted.

The mass exodus of health workers from Nigeria has caused public outcry.

There has been massive public outcry on the mass exodus of health workers from Nigeria, including from the Vice President of Nigeria, Prof. Yemi Osinbajo. In January 2022, the Medical and Dental Association of Nigeria (MDCAN) lamented the exit of more than 100 of its members who left the country in 2021. The president of the association, Victor Makanjuola, said at a briefing in Abuja that the medical officials left the services of 17 tertiary health institutions in the country.

Mr Makanjuola said the mass exodus of medical and dental consultants to more developed countries has brought significant disruptions to Nigeria’s healthcare ecosystem. A survey which was carried in 2017 out by a Nigerian polling organization (NOIPolls) in partnership with Nigeria Health Watch, revealed that about 88 per cent of medical doctors in Nigeria were seeking work opportunities abroad at the time. As of 2020, Nigeria had a doctor-patient ratio of 1:2753. This is in sharp contrast to the World Health Organization (WHO)’s minimum recommended ratio of 1:400-600.

Is a worker insufficiency crisis looming in Nigeria?

People are worried about a potential worker crisis looming in the country, especially in the healthcare sector. However, in 2019, Nigeria’s Minister of Labour, Chris Ngige, said that Nigeria had ‘surplus doctors.’ He said that he was not worried about Nigerian doctors leaving the country to go and practice in other climes. A recent report credited a claim to the Nigerian Medical Association (NMA) that Nigeria currently has a doctor-patient ratio of 1:4000-5000 instead of the minimum recommended by the WHO. The NMA insisted that just about 30,000 medical doctors were currently practicing in Nigeria out of about 80,000 registered with the Medical and Dental Council of Nigeria (MCDN) from 1960 to date.

This is the current situation in Nigeria all health workers are relocating because the working condition is not suitable so try are moving to other countries for greener pastures to secure the future of their children and themselves and this is cut across all sectors.

Nigeria is not working for all of us. So it’s expected that these health workers who are not fully paid and given enough welfare, will seek to emigrate abroad for greener pastures. The government has sidelined the health sector for a long time. If nothing is done, many Nigerians will still resort to leave the country.

This will be bad for us if all this qualify doctors are migrating from our country we have to established our health sector well so all this qualify doctors will not leave and will be able to be performing their task. We need to upgrade our health sector if not we will continue lose qualify person to other country which our country need to benefit from them

We need to vote out all this i don’t care government. They only seat on their comfort zone, no single plan to do anything meaningful for this country. Why have this present Government decided to frustrate us.
Over 13,000 healthcare workers have emigrated to the United Kingdom in the past year. Yet government don’t want do anything to change the country for good. What a country

This is what happens when their efforts are not appreciated. The health sector is crumbling as health workers keeps migrating for greener pastures, yet the government is yet to wake up from slumber. For how long will they be nonchalant for?

This phenomenon, in which a significant number of people from a country with a high level of education or professional experience move to other countries in the hope of finding better opportunities, occurs frequently in Nigeria.

This is a very real problem in Nigeria, as evidenced by the fact that hospitals in the country continue to suffer and bemoan the lack of appropriate numbers of physicians and other medical professionals.

This is a very devastating news, the rate of labour turnover in this country is overwhelming. These health workers are either being underpaid or they don’t get a Job at all

I will not blame those that want to leave this country, the situation of this country is critical, the unemployment rate is increasing everyday and things are not even getting better.

APC has ruining this nation….. Very insensitive government who are selfish and doesn’t care what becomes of Nigeria at all. Are these people Nigerian?

At this rate, we will have a low number of qualified and trained health workers, our government is clearly not concentrating on things that they ought to

Why won’t our hospital be understaffed when the government doesn’t care what becomes of a common Nigerian. All they want is their selfish interest. Now we’re experiencing brain drain in Nigeria. If me self see opportunity I go japa.

13000 health workers leaving the shore of Nigeria to UK in search of greener pastures, this calls for a lot of concern for Nigerian and even the government who has completely failed Nigerian. Who knows the numbers of other Nigerian professional that have gone to other countries aside UK.

These talented medical personnel are emigrating solely because they are not well recognized and treated well here in Nigeria making the doctors embarking on strike some days ago.

Health workers leaving the Nigeria to UK..
I will not blame anyone that leave the country in search of greener pastures and better future. The rate at which unemployment is increasing day by day…. even inflation etc.. Their departure speaks of how Nigeria has failed her people.

People are frightened about a potential labour crisis that could be looming in the country, particularly in the healthcare industry, and they have every reason to be concerned about it.

Out of the approximately 80,000 medical professionals that have registered with the Medical and Dental Council of Nigeria (MCDN) from 1960 to the present, there are approximately 30,000 medical doctors currently working in Nigeria. This is a significant number.

Significant upheavals have been wrought upon Nigeria’s healthcare sector as a result of the widespread departure of medical and dental specialists for more industrialised nations.

This act of migration of the citizens to other part of the world for greener pasture will continue unless government make serious effort to better the life of her citizens.

Wow this means the country hass lost a lot of health workers to advanced countries and that shouldn’t be happening because they are highly need here. This is sad