Oyo student to sit for Nigeria in Switzerland 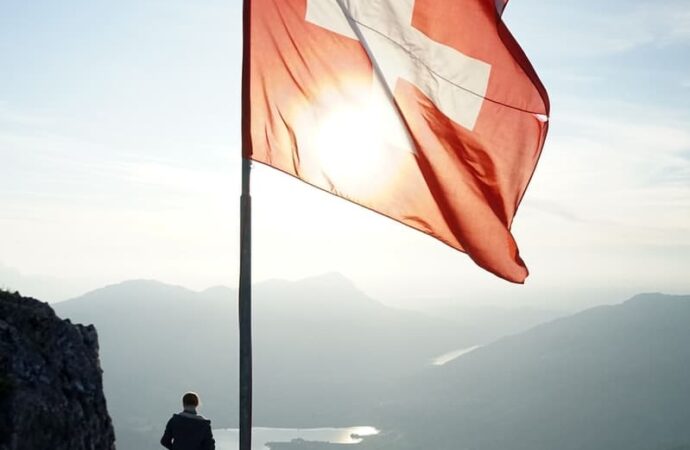 During the second round of the Nigeria Mathematics and Sciences Olympiads Competitions, eleven states in Nigeria were represented by different students. However, Anuoluwapo of Sacred Heart College, representing Ibadan, defeated all representatives from the eleven states to emerge the winner and will be representing the country in the finals, the final international Physics Olympiads Competition that will take place in Switzerland between the 7th and 12th of July, 2022. This achievement granted her the privilege of meeting with the state Commissioner for Education, Science and Technology.

The State Commissioner for Education acknowledged the winners.

The state Commissioner for Education, Science and Technology, Mr. Rahman Abiodun Abdul-Raheem, while hosting one of the winners, Anuoluwapo Ajiboye, at his office, showed his genuine happiness over the outstanding performances of the students and the efforts of their school managements, while applauding the hard work of teachers and the State education monitoring units. He also stated that the accomplishments indicated that the state administration’s investments in the education sector have succeeded in producing good fruits.

The great feat attained by the students is described to be a good omen to Oyo State and the country as a whole. The commissioner therefore has more confidence in the upward performance of schools in the state for external examinations and national competitions, while recognizing the administration and efforts of Governor Seyi Makinde. The outstanding individual students’ performance is an assurance of the inculcation of good education that would reflect in national position within a matter of time.

In the Sacred Heart College, students are taught catholic education which comprises of all the deliberate, systematic, and sustained efforts of the Church community; this is applicable in both formal and informal educational settings. The students are given this form of education to help develop the skills, knowledge, and values that are needed for life. The college is set to achieve the goals of education in its students as education makes an individual civilized, refined and cultured. Besides the ability of education to make an individual perfect, it is the key to the solution of many problems of life.

Government College, Ibadan, on the other hand, is a boys’ only secondary school, founded on the 28th of February, 1929, and is located on the hills of Apata Ganga in Ibadan, Nigeria. The founding fathers were Selwyn MacGregor Grier, Director of Education southern provinces, and E. R. Swanston, Inspector of Education. The school, modeled on the British public boarding schools of the era, was temporarily moved to several sites during the Second World War, before its final resettlement back at its original site.

Anuoluwapo will represent Nigeria in Switzerland.

The Sacred Heart College and The Government College, Ibadan, founded in the early ‘60s and late ‘20s respectively, have maintained a good and enviable standard of education for a period longer than 50 years. Pursuing the attainment of high quality standard of education in several fields, students are taught to imbibe the habit of studying. Asala Oreoluwa has succeeded in making a face for The Government College, Ibadan, while Anuoluwapo Ajiboye has also succeeded in publicizing Sacred Heart College and will be the face of Nigeria in Switzerland, in a few days’ time.

Oyo student to sit for Nigeria in Switzerland – Students of Oyo State emerged winners in national competitions. – Express your point of view.

This is a great milestone set by those students, indeed Nigeria is home to resources.

This will also give us an head in the international bodies.

They deserve to be celebrated nationally

I truly applaud the students, and I hope the government would recognize their efforts by awarding them scholarships to further their motivation. They undoubtedly have made Nigeria proud.

We all should celebrate and commend the school and the winners in the contest. To encourage other students, competitions and scholarship programs of this like ought to continue.

This is a testament to the fact that with more proper funding and the building of modern infrastructure, these students will achieve greater heights and continue to break more academic excellence that will bring us nothing but pride

Because education makes a person civilised, polished, and cultured, the government ought to establish a framework to attain the educational objectives it has set for its pupils.

The excellent performance of individual students is evidence that the institution is providing a high-quality education, which will, in a relatively short amount of time, be reflected in the nation’s situation.

The remarkable accomplishment that the kids have accomplished is being hailed as a warning of good fortune for the state of Oyo and the nation as a whole since it will increase our level of recognition on the international stage.

This is brilliant! Our students are actually outstanding academically. It’s just the lousy governance that fails us in this country.

Congratulations to the students, who have earned it after their hard work in putting the Nigerian name on a positive map at all times. Despite all of the unfavourable things going on around them, there are still some Nigerians who work very hard to do this. We’re so proud of them.

Good education system is one of the features that can be attached to Nigeria. The way teachers impact knowledge on students in this country can be compared to none. I commend the efforts of this student and I’m also proud of their teachers that provided guidance to them

I’m proud of these students. Hopefully the government will commend their effort by giving them scholarship so as to make them do better.They are definitely going to make Nigerians proud

This simply shows that Nigerians are not lagging behind when it comes to education. There no doubt that students are given quality education in the country. Congratulations to the winners

I’m proud of the school and the students who won the competition. They should be celebrate!
This kind of competition and scholarship programs should keep flowing to encourage other students. Kudos!!!

It’s very good seeing some of the first secondary school performing excellently in competitions because most of them still have compitent teachers teaching them.But negligence of government is the major reason that is making parents to enroll their children in private schools.

Congratulations to the students. No doubt Nigerians are intelligent. Kudos to their teachers as well. We hope the government can pay more attention to education.

Education is the key and we also have educational problem because our government don’t care about what we think but I am happy this National Essay Writing Competition, won by (Oreoluwa) the student from Government College Ibadan, was set up by Human Capital Development for the June 2022 edition of the competition maybe this would make our government more attentive to the educational system of Nigeria

Congrats, that was a good performance.

Let this be known that education is the key. We should celebrate both students for the achievement. Nigerian schools are outdated and lack technology yet we produce outstanding graduates. We should praise the teachers and lecturers in Nigeria who are responsible for this success. We can only hope that the government will fund our schools and pay our teachers and lecturers exactly what they deserve. We will cheer for our students to represents the country in solidarity and their families should be very proud of them. We wish you success in the competition.

This is a prove that Nigerian have best brains in the world.We want more companies to encourage our youth by granting scholarships, do more of this kind of program,invest more in education sector when carrying out social responsibilities rather than in big brother Nigeria that will only corrupt our youth or wait for the government who will do nothing.

It is a nice performance from the student and school this will motivate other stundent and school to improve the standard of their learning and teaching. Congratulations to the student that will be representing the face of Nigeria I wish the student all the best and good luck on their journey and thanks to them for making Nigeria proud

This is very good and I’m proud of the the school and the students who won the competition. They are putting their country and their state on a national map and that’s very profound. It shows we also take education seriously. I could imagine the number of candles those students burn to emerge victorious. They should be given national honour for representing the country in Switzerland.

This is good news Nigeria is blessed with best brains. We should have been part of the most advanced countries of the world in technology, science etc. and not in criminality but bad governance, bad and selfish political leaders has brought us to where we are today.Look at this young chaps going to represent Nigeria in Switzerland it shows the stuff Nigeria is made up of. I won’t be surprise students perform beyond expectation. We want more of this kind of competition to encourage and bring out the best in our children. The are the leaders of tomorrow.

Congratulations well deserved to the pupils despite all negative things around some Nigerian still strive hard in putting the Nigerian name on a good map at all times I’m so proud of them and wish the representative best of luck…..

Kudos to Anuoluwapo; we need our young students to emulate him so they can continue to make us proud. Kudos again

This achievements demonstrated that the investments made by the state administration in the education sector have been productive, resulting in positive outcomes for the students involved.

Wow, this is wonderful; this shows that there is still hope for our educational system in this country. The students should keep it up.

Last edited 1 month ago by Adesanyaj72
0