Malaria may cause mental disorders 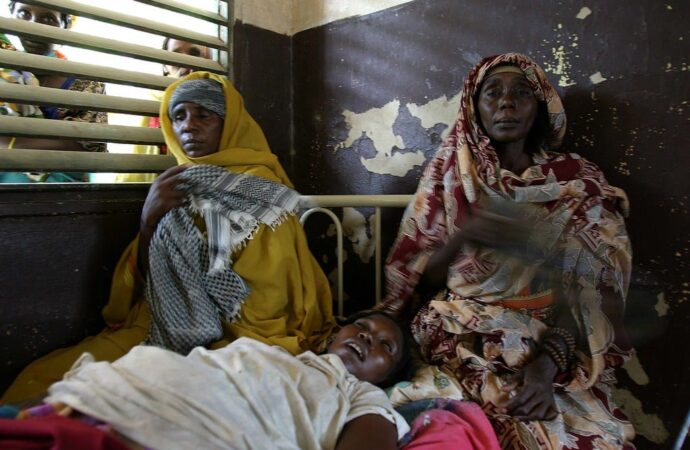 A medical expert has said that untreated malaria may lead to mental disorder.

A medical expert, Mr. Tobias John had warned on Friday, July 1, 2022 that malaria might lead to Common Mental Disorders (CMDs) if it is left untreated. Mr. John is the Northeast Zonal Coordinator of the National Agency for the Control of AIDS (NACA). He gave this warning in an interview with newsagents in Gombe. He revealed that it was imperative that he gave the warning because of the dearth of proper awareness and information about the different health complications that malaria could lead to.

He said that malaria is sensitive to human health, given the series of health complications that are related to the disease and its tendency to weaken the immune system within a short period. The immune system is a large network of organs, white blood cells, proteins (antibodies), and chemicals. They all work together to protect the body from bacteria, viruses, parasites, and fungi that cause infection, illness and disease. Malaria is a parasite which weakens this system and causes other diseases, such as the CMDs, which the body would otherwise be immune to.

Malaria kills more than half a million people yearly, 90% in Africa.

According to the 2021 World Malaria Report given by the United States Center for Disease Control (CDC), nearly half of the world’s population lives in areas at risk of malaria transmission in 87 countries and territories. In 2020, malaria caused 241 million cases and 627,000 deaths. It was estimated that 90 per cent of the deaths in 2020 were in the ( World Health Organization (WHO) African Region. Also, the majority of these deaths are children. Malaria kills about half a million children every year.

This makes the disease deadlier in children than in adults because children do not have an immune system as strong as that of an adult. Malaria is a disease caused by a plasmodium parasite which is transmitted by the bite of an infected mosquito. Its severity is based on the species of plasmodium. Malaria can also be caused by blood products such as unclean needles or unscreened blood. Malaria requires a medical diagnosis by a qualified doctor, but its symptoms include fever, chills, fatigue, nausea, vomiting, loss of appetite, etc.

Malaria can lead to brain damage and seizure.

Mr. John said that if those suffering from malaria knew the implication of malaria on human health, they will not hesitate to treat the disease. “Malaria is a life-threatening disease,” he said. “It can lead to brain damage and seizure when it results to anemia or blood shortage which affects the functionality of the brain. Malaria can cause common mental disorders which are associated with improper flow of blood into the brain, and when your blood level is low, it cannot move the quantum that is required to the brain for normal functionality.

He added, “Then, you will know that definitely if your co-ordination will be affected and the brain can begin to react in the opposite direction or in diverse means. Once you get to that level, be rest assured that it has become complicated and such a person may begin to speak out of point or lose coordination, which can result to common mental disorders.” The NACA Coordinator said that malaria is an entry ailment to many other ailments, especially those associated with HIV, Tuberculosis and even COVID-19. An entry ailment, according to Mr. John, is one that causes another to happen. In this case, malaria can be an entry illness that will cause another one, such as HIV.

John appeals that malaria be treated properly and that awareness be raised.

For the aforementioned reasons, Mr. John said that there is need to ensure proper prevention and treatment measures. While advocating for a quick-response approach through proper testing, medical diagnosis, and drug prescriptions. Though he cautions people against self-medication. He said that the approach people take to treat malaria is not ideal. There are five parasite species that cause malaria in humans. Until it is diagnosed, you may not be able to know which parasite is responsible and the specific malaria medication, he said. Appealing to journalists and Civil Society Organizations in Gombe State to raise more awareness to help communities know the consequences of untreated malaria and the need to get proper testing, diagnosis, prescription, and treatment.

As we all know what malaria is and the sickness it brings with it. Now we have facts that talks about malaria leading to brain malfunction. It is Paramount that we eradicate malaria in Nigeria. This can be done by the citizens and government alike. Citizens should avoid keeping stagnant water around which breeds mosquito and the government should provide vaccines for malaria.

All the statistics are 💯% correct and the numbers maybe even more than that.With prosper awareness and government should make malaria treatment free in all public hospital so that it wil encourage the masses to go for test and treatment and with this all the side effects of it will be reduce if not eradicated.

We need to make more people aware of the dangers of allowing malaria to go untreated in their communities, as well as the importance of getting adequate testing, diagnosis, prescription, and treatment for the disease.

These mosquitoes majorly cause malaria, and the mosquitoes breed more in dirty environments. If we can take care of our environment, it will be good for us.

Malaria is a very deadly disease o. As a consequence of this, the disease is more lethal in children than it is in adults since youngsters do not possess an immune system that is as robust as that of an adult.

Wow, I’ve Just Learned that Malaria has been linked to several common mental diseases, many of which are associated with an abnormal blood flow into the brain.

Self-medication is the order of the day in this country which is very bad because we’re actually doing more harm than good to our health when we don’t seek proper prescription.

Malaria is common among us here in Africa because of our weather which makes mosquitoes very conducive to live in. No wonder the number of mad people in Africa is high

The government has to seriously fund our hospitals and provide adequate facilities that will be able to properly handle malaria cases so that we the people will have prolonged lives.

Malaria has been amenace in Africa and the high rate at killing Africans has been much despite all efforts from health organization even what it causes to women during pregnancy cannot be underestimated, knowledge is power that malaria can cause brain damage,I think Government needs to be giving antimalria drugs for free and more sensitization is needed

Malaria causing mental illness is quite shocking. Africa has always had record high mortality rate due to malaria. Awareness seem to be a problem too. If malaria kills this much when drugs can cure you in less than a week, provided it’s not severe; it shows level of ignorance.

Malaria should be treated well. A lot of people don’t take it serious that why most people suffer severely because they did not treat it when the supposed to

Statistics has shown the numbers.
Self-medication has resulted to more harm than good to health in this country. People don’t seek proper prescription which is bad! Government should create awareness,employ specialists and make malaria treatment free in public hospitals. This will encourage the masses to go for test and treatments.

Malaria is a very deadly disease when not taken care of very early. Enough awareness should be raised regarding it’s effect and how it can be cured and prevented. It is killing alot of people in Nigeria.

Mr. Tobias John had warned on Friday, July 1, 2022 that malaria might lead to Common Mental Disorders That really bad if it not properly treated and also it the highest cause of death in Africa half of the death population

Don’t know malaria is this deadly.

Hopefully, a lot of people are still ignorant about this.

Malaria is just what people don’t see as anything, creating more awareness and treatment will go a long way in improving people’s health

I never knew the malaria everyone complains about could be this deadly. Knowing this fact I will advise everyone not to take malaria lightly and ensure to treat it when you have the slightest symptom

Ignorance is tragedy, who would have know that the regular malaria can lead to mental disorder. Medical practitioners should try their best to always enlighten people about danger that we might not be aware of

Without prompt medical attention, malaria can quickly progress to a fatal state. It is vital to educate as many people as possible about its effects and how it can be treated and avoided.

There is a pressing need to implement effective malaria prevention and treatment practices, and when people observe the signs of malaria, they should seek prompt medical attention in the form of diagnostic testing, medical diagnosis, and the administration of medication. This will help.

Wow I guess this is why we have a large number of mad people roaming around . Before anything people need to learn to keep their environment clean because the malaria is transmitted to people through the bite of mosquito and this mosquitoes are mostly found in dirty environments (I.e environment with stagnant dusty water)

Cluelessness is full of risks who would have known that malaria can cause a mental disorder. Healthcare professionals should make every effort to spread awareness about potential dangers if such ailment is not adequately treated.

Malaria must be treated; it should not be ignored. As a result of the serious harm it may do to the body, people should be made aware of the need to avoid mosquito bites and to seek medical attention if they get ill with malaria.

This is informative most special to those who don’t treat malaria very and patronize over the counter drugs.

This is a great information for those who patronize over the counter drugs.when we don’t take our time to treat malaria we endangering our lives.I have personally witness malaria making someone mad and it was called cerebral malaria. It has to do with proper treatment to completely deal with the parasites and their symptoms. Proper awareness needs to be created to enlightened everyone about the danger of not properly treating the disease. Visiting the doctor for treatment should be encouraged rather than patronizing over the counter drugs.