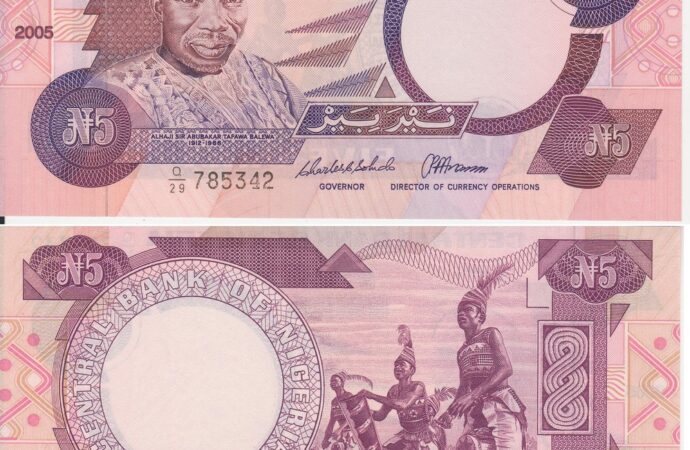 The Director General of the Debt Management Office (DMO) has announced that Nigeria’s public debt stock has risen from N41.60 trillion ($100.07 billion) in March 2022 to N42.84 trillion ($103.31 billion) by June 2022. According to a statement published on the DMO’s official website, the debt represents the domestic and external debt stocks of the Federal Government (FG), the 36 State Governments and the Federal Capital Territory (FCT). The agency maintained that while the foreign part of the debt remained at the same level of N16.61 trillion ($39.96 billion), the local component increased to N26.23 trillion ($63.24 billion).

Media had reported that as of March 30, 2020, the local component of Nigeria’s borrowings was N24.98 trillion ($60.1 billion). The agency said that a larger percentage of the external debts were concessional and semi-concessional loans. It is estimated that at least 50 percent of all the external loans were concessional or semi-concessional. These loans were obtained from multilateral lenders such as the World Bank, the International Monetary Fund (IMF), Afrexim and African Development Bank, and bilateral lenders including Germany, China, Japan, India and France.

Nigeria’s public debt has been consistently rising for the past five years.

A concessional loan is a loan which is obtained by more favorable terms than the borrower could obtain in the marketplace. The concessional terms may be one or more of a lower interest rate (below the most common), deferred payments, and income-contingent repayments. However, these loans are still loans and the lenders expect the Government of Nigeria to repay them according to the terms and conditions of the loan. Concessional loans are given to support or subsidize the borrower.

This may have been the reason why Nigeria’s public debt has been consistently rising for the past five years. In 2019, Nigeria’s debt profile was N27 trillion. It increased to N32 trillion in 2020 by at least N5 trillion. In 2021, it made a huge leap to N39 trillion by a N7-trillion margin. And as of June, 2022, Nigeria owes a total debt of N42.84 trillion. Two factors contribute to this steady rise. The first is the devaluation of the naira, which means that while the debt may have remained the same in two consecutive years, the rise in the price of dollar will increase its equivalent in naira. The second is that the government keeps borrowing every year while servicing some.

The DMO insists that debt-to-GDP ratio is still within limits.

The agency said that the total domestic debt stock increased from N24.98 trillion ($60.1 billion) in March 2022 to N26.23 trillion ($63.24 billion) in June of the same year. “This is due to new borrowings by the Federal Government to part-finance the deficit in the 2022 Appropriation (Repeal and Enactment) Act as well as new borrowings by state governments and the FCT,” the agency said. They also insist that the total public debt-to-GDP ratio remained within limits (at 23.06 percent) while debt-service-to-revenue was still high.

It was added that the Federal Government was committed to increasing revenue to reduce debt servicing. The debt-to-GDP ratio as of June 30, 2022 was 23.06 percent. Compared to the ratio of 23.27 percent as of March 30, 2022, it has remained within Nigeria’s self-imposed limit of 40 percent. The agency said that as the Federal Government continues to execute revenue-generating initiatives in the non-oil sector and to block leakages in the oil sector, the debt-service-to-revenue ratio remains high.

The DMO to take Security Awareness Program to Yola and Umuahia.

Meanwhile, the DMO is ready to take its FGN Security Awareness Program to Yola on September 28, 2022, and to Umuahia on September 29, 2022. According to the agency’s Director-General, Patience Oniha, the program is designed to sensitize Nigerians on the huge investment benefits in federal government securities. This is in order to promote and boost financial inclusion. The president, Muhammadu Buhari, has been statistically named the president with the most borrowings in the history of the Fourth Republic of Nigeria. Nigeria’s domestic debt rose from N8.93 trillion in 2015 to N19.24 trillion in December 2021. In the same vein, Nigeria’s external debt rose from $10.32 billion in 2015 to $33.62 billion in December 2021.

If the administration wants to see improvements in the state of affairs in the country, it needs to investigate ways to expand and improve access to financial services.

The government continues to take on new debt every year, even as it pays down some of the existing debt, and this is problematic because we are not experiencing the benefits of the money that they are borrowing.

Even although the debt has been unchanged for two years running, due to the rising value of the dollar, the corresponding amount of naira would climb.

These loans are still considered loans, and the lenders expect the Government of Nigeria to return them according to the terms and circumstances that were stipulated in the loan agreement.

It is extremely problematic because at least half of all external loans were either subsidized or subsidized to some extent.

While the debt may have stayed the same for two years in a row, the devaluation of the naira is a major reason why the debt figure keeps doubling. The price of the dollar will increase its equivalent in naira. However, by continuing to borrow, the government is making conditions worse.

The economy is sinking, yet we are in such an outrageous debt. This is really sad. It’s relatively better to be free from debt and be suffering. Sadly as it is, we are having both. Several generations would have to pay this debt

the devaluation of the naira, is a major factor why the debts figure keep doubling, while the debt may have remained the same in two consecutive years, the rise in the price of dollar will increase its equivalent in naira.

This borrowing of a thing would affect us later in the future, we really need to start generating more revenue within the country.

what a Nigeria country. Chai, this is a country with high heart broken, with too many spice of high blood pressure,, Capable of robbing us with no pity.
So with all this debt government still dey collect salary and allowances on top of it. Who will rescue us, this debt over too much. 😔😔 this government is heartless biko

It is quite unfortunate that this very debt is way too much: ₦42trn is too much. This debt will be paid by many generations. Very useless government that has failed in all their promises to Nigerian.

A leader without vision. During 2015 election, when our presence president has not ascend the presidential position, he promised heaven and earth. Now Nigeria ‘s public debt has risen to ₦42trn under his administration.

it’s s disheartening knowing that our debt has risen to that amount,I just hope Nigeria and it citizenry wont be sold in order to service debt.

A concessional loan has better conditions than a market loan. Lower interest rates, postponed payments, and income-based repayments may be offered.

When are we actually going to ever stop borrowing in this country. we now need to generate more revenue within the country. The borrowing might affect us later in the future. I just hope we won’t be forced to pay this accumulating debt back.

It’s very alarming the way Nigeria debt profile keep increasing everyday without any hope to pay or reduce it to barest minimum,this is the major reason the country economy is collapsing everyday and nothing to show for the huge amount of money been borrowed everyday.