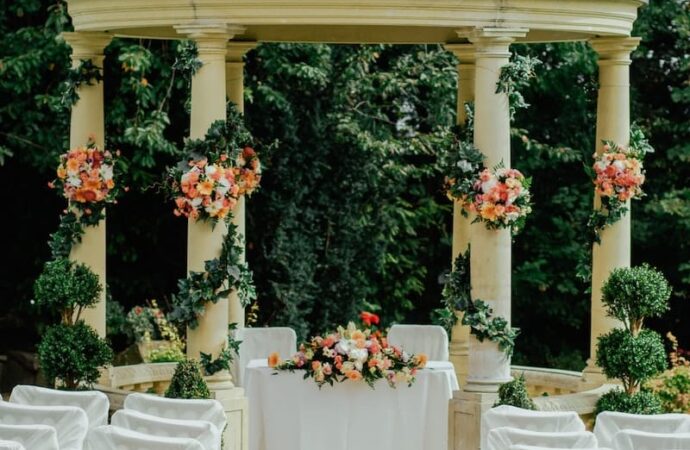 Child marriage, which contravenes Nigeria’s constitution, the United Nations Convention on Child Rights, as well as that of the African Charter on rights and welfarism have been prevalent in Nigeria, as a result of the rigid cultural system and the government’s inadequacy towards curbing this menace. Though the Child Right Act has long been in existence, the rate of child marriages in Nigeria still remains as one of the highest of all African countries. Islamic states failing to adopt this federal system of 18 as the legal age of marriage have immensely contributed to this prevalence.

In a survey carried out by the Human Rights Watch, numerous under 18 girls in states like Imo and Kano were found to be married and denied fundamental rights to education, freedom from violence, inadequate healthcare and safety. There has been a weak regulatory protection for girls, who end up being coerced into marriage for economic, religious or traditional reasons. Prior, the United Nations’ report stated that 43 percent of women aged 20 to 24 in Nigeria have been victims of child marriages.

Child marriage rate records decrease from 44 percent in 2016 to 30 percent.

However, a new report by Nigeria’s National Immunization Coverage Survey (NICS) has disclosed that there has been a significant decrease in the cases of child marriages in the country. According to this report, there has been an immense reduction from the 44 percent given in 2016, down to 30 percent currently, making a whopping 14 percent decrease. This survey was disclosed at the launch of Nigeria’s 2021 Multiple Indicator Cluster Survey (MICS). This report was further implemented by the collaborated efforts of the National Bureau of Statistics (NBS) and the United Nations International Children’s Emergency Funds (UNICEF).

The Multiple Indicator Cluster Survey (MICS) was developed by UNICEF to help countries with filling data gaps for the monitoring of human development indicators, especially the situations of children and women. This survey has witnessed basic evolution, in its need to respond to changing data needs and has expanded from 28 indicators in 1999 to 200 currently. The NBS implemented the MICS to help with providing sufficient data for child mortality, education, health, nutrition, women’s health care services and others, whilst the NICS assess the coverage of vaccines provided by the health sector.

North has lowest proportion rate of children immunization despite increase.

This observation however illustrates the progress of the government towards the enhancement of the Sustainable Development Goals (SDGs). The report further illustrated the country’s progress in the rate of child mortality rates which have gone from 1 in 8 children dying on or before their 5th (MICS 2016) year to 1 in 10 children (MICS 2021), as well as the exclusive breastfeeding and child registration rate, where the exclusive breastfeeding rate has increased from 24 to 34 percent and over 60 percent of children being registered. The Minister of Finance, Zainab Ahmed, representing the country’s Vice President, noted that this progress would help the government with improving the vaccination efforts to ensure that it covers the entire population.

Finance Minister was critical of the low immunization rate in the northern region of the country, stating that children’s survival rate is immensely dependent on their access to immunization, with the north recording the lowest proportion rate of child immunization, despite the routine efforts of permanent health care workers. Though, the immunization coverage has witnessed a significant increase from 2016’s 34 percent to 57 percent now, she asserted that the goal was for every child in the 774 local government in Nigeria to have access to these life-saving vaccines.

Observations to help government focus allocation of funds and supports.

Peter Hawkins, UNICEF’s representative in Nigeria also stated that the observations would be of immense importance in helping the government place more focus on allocating funds and support to the regions that need it more. He noted further that data is always pivotal for an effective budget-planning and the data concluded from this survey importantly illustrates the situation of children in the country, the progress made and regions where the federal and state government must scale up their supports.

I’m happy the rate of child marriage is reducing drastically. It shows we are becoming more enlightened. It is also important that especially in the North, they still need utmost education, to teach them the dangers of this child marriage. It is quite unfortunate they also have the lowest rate of immunization in children. We should shift our focus on them.

The regulatory protections afforded to girls have been inadequate, which has resulted in many of them being forced into marriage for socioeconomic, religious, or cultural reasons.

It’s good as child marriage is reducing in thee country and this is something we should be proud of achieving as a nation.

It is rather terrible that the northern region has the lowest incidence of childhood immunisation; therefore, we should redirect our focus to children living in that region.

This is a significant progress. However more needs to be done. Sadly, most of these menace are usually in the north, under the guise of religious and cultural practices. Why should anyone in their sane mind be married to an under age? Depriving them of education, exploring life and the likes. Some northern cultures just reeks of disgust.

Nevertheless, this observation demonstrates how far the government has come in its efforts to improve upon the Sustainable Development Goals (SDGs)

These advancements in immunisation would be of great assistance to the government in their quest to improve vaccination efforts and ensure that they cover the entire population.

This is great. It shows that people are abandoning that barbaric culture of giving our children for marriage, this shows we are progressing.

I like news like this, the government had to do more sensitization and awareness programmes in the deeper parts of these northern states so child marriage in Nigeria will be completely eradicated.

We can still see more of this. The people in the north need to be sensitized more about this ineptly act of ripping child off there right.

Wow this is good news concerning child marriage having a reduction more efoorts should be out in place and exclusive breastfeeding having a huge boost is so good for the infants in order to help in their developmental growth…..

There was decrease in the percentage of child marriage truly except for some adamant individual who are bent on practicing such. With the child right law in place, government should try to enforce it to completely eradicate child marriage practice. The north would have experience drastic reduction in child mortality rate if more awareness were created, reduction of illiteracy and more immunization were done.

So as long there is more enlightenment concerning exclusive breastfeeding and other health awareness condition,there will be increase in development in health sector .

Child marriage reduction in Nigeria…! I laugh. It is still heavily practice in the northern part of Nigeria this is as a result of high rate of illiteracy. Government should work on enforce the child right law.
The corruption in the government will not allow proper and complete immunization of children in the north.

It a good thing Nigeria records decrease in child marriage.
It shows we are becoming more enlightened .I see no reason anyone in their right senses mind to get married to an under age! It attract several disadvantages.

Northern children are not getting the immunizations they need because of government corruption, which must be addressed if the country is to develop.

Wow so child marriages can actually reduce in this country… That’s a very good development and it shows the northerners ate getting more civilized.

Breastfeeding alone All mothers should be educated and aware of the fact that a significant surge is quite beneficial for infants, especially in terms of aiding in their developmental growth.