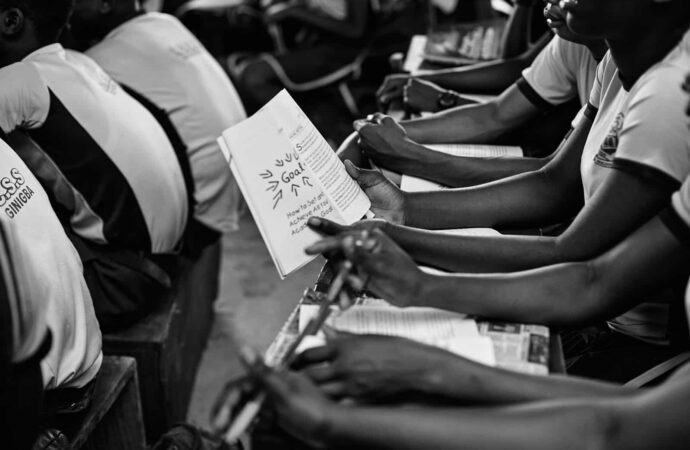 Nigeria has 11 million out-of-school children, the highest in the world.

The World Bank has said that Nigeria has 11 million out-of-school children, and this is the highest in the world as of 2020. Nigeria is the largest black nation in the world, and has over 200 million people. The significance of Nigeria in the world is such that one in every four Africans is Nigerian. Based on this metric alone, Nigeria deserves its “Giant of Africa” nomenclature.

However, a significant number of that population are out of school. This begins to make sense when one analyses the data. The median age in Nigeria is 18.1 years, while the life expectancy in Nigeria is 54-69 years according to the World Bank’s World Development Indicators in 2019. Conclusively, Nigeria is a youthful country. In fact, more than half of the population are between the ages of 0 and 25 in the country. So, the statistics are a call for concern.

Poverty is one of the causes of increase in out-of-school children.

Nigeria surpassed India as the poverty capital of the world in 2018, with about 87 million people living in abject poverty, compared with 73 million in India. According to the United Nations, the international community pegs the threshold that constitutes extreme poverty as living on less than one dollar a day. For this reason, many of these children may have been out of school because of poverty. Education is quite expensive in Nigeria, even when it is public education.

Though public education at the primary and secondary levels may be tuition-free, the cost of feeding, transportation, and buying school materials is well above one dollar. What this means is that people who cannot afford to spend up to a dollar every day will find it difficult to spend more to ensure that all of their children get an education. Poverty is not the only cause of this issue. In Northern Nigeria, the Almajiri system of living and survival of children as young as five also contributes to the number. Insecurity and religious sentiments are other reasons children may be out of school. For instance, many of the Chibok Girls who were reported to have been kidnapped by Boko Haram were 13-15, or even younger, and some of them were sitting their West African Senior Secondary Certificate Examination (WASSCE).

The number of in-school children doubled, but out-of-school still highest.

A spokesperson of the Bank said, “Although Nigeria has experienced a significant expansion in access to education during the last few decades, it still has the highest number of out-of-school (OOS) children in the world.” With more than 11 million OOS children between the ages of 6-15, 1 in 12 out-of-school children are in Nigeria. The Bank also notes that these children represent 22% of children in their age group. In Nigeria, the OOS problem is multi-causal; that is, it has multiple causes which may be mutually exclusive, mutually dependent, or both.

The OOS phenomenon requires a combination of interventions.

Due to the multi-causal nature of the problem, it needs a combination of interventions and efforts aimed at solving it. To increase the demand for education in Nigeria, some of the crucial steps that can be employed are reducing the cost of education by eliminating school fees, providing cash transfers, and shifting socio-cultural norms that prevent school enrollment especially in Northern Nigeria, where majority of the OOS children are found. Apparently, the North has more out-of-school children than the South, and this pattern also corresponds with the number of extremely poor people in Nigeria.

All this is result of poverty, bad economy of the country.some can’t afford that fees in school or the material needed to go to school, in other to reduce all is reduction or making school free and improve the economy so everyone can have job to take care of them selves

So many problems are birthed from poverty. Asides not being able to afford your basic needs, it also clouds your thinking and perception of certain things. So practically, a poor man primarily makes sure he can do the least : survive. Which may involve the kids doing all sort, alone side their parents just to feed at least. Education doesn’t pop up in the minds of most of them. Sadly, it goes on and on across the lineage. Poverty is the most tragic event.

I’m not surprised of this. Alot of people are living in poverty. There is no way they can pay their fees for schooling. This is why alot of Nigerians are drop out. Also, it’s why we have federal schools which can help alleviate the ridiculous fees of private and state universities.

Is too bad for a country that is very rich in many resources. The number of children out of school is more than the figure here. Government should do something about it. Because of poverty in the country, alot is happening now

Nigeria will just keep churning out records….11 million out of school children because of poverty….and we keep shouting future Leaders…I implore government to do more for the educational sector

Damn this is sad to hear, the government needs to put more efforts in ensuring our children goes to school

Our government needs to regulate our economy and organize more poverty alleviation program or set up free education to increase and encourage youths to get back to school.

Poverty is one of the many reason why the counts of out of school is increasing drastically. Some people struggle to put food on there table not to say sending there children to school. The level of Insecurity in the country and bandits attack is another reason some people drop out of school in fear for there life, this is common in the northern part of the country I hope our government counter all this factors making education difficult for us in the country.

All of this is a direct consequence of the country’s low standard of living and struggling economy. Some individuals are unable to pay the school fees or purchase the necessary supplies in order to continue their education; consequently, there is a pressing need to either eliminate these costs entirely or make school attendance completely free in order to stimulate economic growth and enable all individuals to obtain employment and take care of their own needs.

This does not come as a shock to me. There are a lot of people currently surviving in poor conditions. They simply do not have the financial means to cover the costs of their education. This is the reason why a large number of Nigerians drop out of school. Additionally, this is the reason that we have federal institutions, which can assist reduce the outrageous costs that are charged by private and state colleges.

The number of children in Nigeria who are unable to attend school due to financial hardship has reached 11 million, which is very bad; I beg the government to increase its support of the educational system.

This problem has more than one root cause; and one of them in poverty. The Almajiri way of life and the fact that children as young as five can survive in this way in Northern Nigeria is also a contributing factor to the number.

Cost of living in this country is higher than many peoples income and earnings, so they wont be able to afford sending their children to school

This out of school children are predominantly in there north, they need to be enlightened over there

The government should first empower the citizens because One of the numerous factors that contribute to the dramatic rise in the number of people who are not in school is poverty. Some people have a hard time putting food on the table, let alone paying for their children’s education.

Its a shame for a nation that is so abundantly blessed with a variety of resources. The actual number of children that are not enrolled in school is likely higher than the number that is presented here. The government ought to take action to address the problem. Many things are taking place right now as a direct result of the widespread poverty in the country.

Even though Nigeria has seen a significant increase in the availability of education over the past several decades, it still has the highest number of children who are not enrolled in any form of formal education.

Poverty being a problem some people are facing is also contributing to the increase in the number of out of school children. Cost living is high in this country and this is also why children are out of school or why a lot of Nigerians are drop out.
Government needs to regulate our economy, organize more poverty alleviation program and set up free education to support and encourage youths to get back to school. Asap

The major factor that make children out of school in Nigeria is poverty because even when government make elementary school free,lots of children go to school without food and no money to buy and no matter government invested in education and the poverty level continue to be at high rate the out of school children will continue to rest.

Truly, Nigeria is plagued with so many challenges. How can the government not proffer solution to this lingering situation in education sector. They will rather groom these out of school children as political thugs . Very common in the Northern part of Nigeria.

This because of lack of money in the country, the government should please create job opportunities so the parents of this children will be able afford school fees of their children

They spent billions of naira in the education sector yearly, but doubt if really they have the poor in mind.

Poverty level in Nigeria is on the high side that even some can’t afford a meal for the day.

That means the leaders are not getting something right.