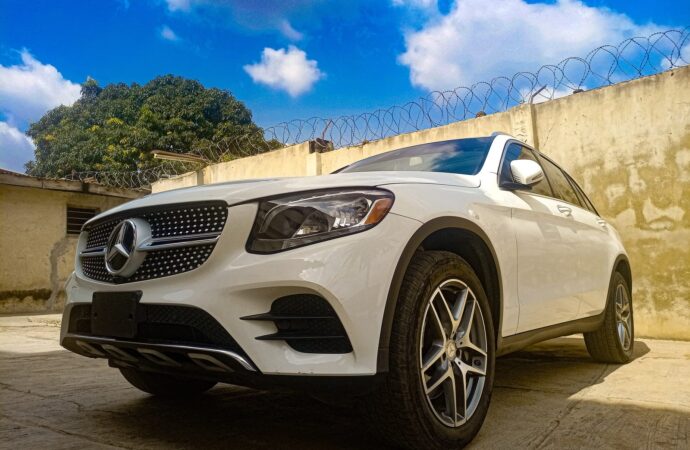 The automotive sector has been hit hard due to the weakening Naira.

The worsening forex scarcity in Nigeria has weakened purchasing power and led to low demand for locally-assembled vehicles. As a result, the country has spent over N4 trillion on the importation of used vehicles in the past 10 years. This has had a negative impact on the economy, as it has reduced the amount of money available for other purposes. The forex scarcity has reduced the purchasing power of Nigerians, which has in turn led to a reduction in the demand for locally-assembled vehicles.

Nigeria has experienced negative economic growth in the past ten years as a direct result of having to spend increasingly large sums of money importing used vehicles. This is due to the fact that used vehicles have significantly cheaper costs than new vehicles. As a result, the Nigerian government has been forced to cut back on spending in other areas in order to afford the importation of used vehicles. This has reduced the amount of money available to be spent on infrastructure and other development projects.

The auto industry is a critical sector of the economy.

A request has been made urging the federal government to provide more support, stressing that unless a single-digit interest rate is introduced, driving volume and attracting investors, especially spare parts manufacturers, would remain elusive. The auto industry is a critical sector of the economy, and its health is essential for strong economic growth. In recent years, the industry has struggled due to a variety of factors, one example of this is interest rates, which have made it difficult to finance new vehicle purchases and attract investment. The industry is now calling on the government to provide support in the form of credit facilities, which would help to reduce interest rates and make it easier for consumers and businesses to finance new vehicles.

The cost of materials and production has also increased.

There are a variety of reasons why auto prices have risen sharply in recent months. The economy has been improving, which has led to more people having disposable income and wanting to purchase vehicles. Additionally, the cost of materials and production has also increased, leading to higher prices for vehicles. Some economy vehicles that once sold for N2-3 million are now going for N15-20 million. This is a significant price increase that makes vehicles out of reach for many consumers. The price increase is also having a ripple effect on the used car market, as prices for used cars are also rising. The sharp increase in auto prices are having a negative impact on the economy as a whole.

The auto industry in Nigeria is currently facing significant challenges due to the rising cost of imported vehicles and the poor state of the economy. This has led to many small and medium businesses opting for used vehicles instead, which is hindering the industry’s growth potential. The main reason for the rising cost of imported vehicles is the devaluation of the Nigerian Naira against the US dollar. This has made it increasingly difficult for Nigerians to purchase new vehicles, as the prices have become increasingly unaffordable. The poor state of the economy has also made it difficult for Nigerians to afford new vehicles, as many people are struggling to make ends meet. The increase in the use of used vehicles is having a negative impact on the auto industry overall and something needs to be done to make automobiles more affordable and easily accessible.

Automotive stocks crash and increase costs – The automotive sector has been hit hard due to the weakening naria. – Express your point of view.

Every sectors of our country is just getting worse due to the poor economy and make people to purchase new car the imported car are already cost they economy that is poor still now making it hard to let people afford it. Things need to be done so it will be easier to purchase automobile

Every sector of the economy is in shambles. Infant industries should be encouraged. We import almost everything. Importation of certain commodities should be restricted, that way local industries would grow, and the economy will be saved. Imagine 80% of Nigerian car owners own a Nigerian made vehicle.

Our declining Naira has done alot of damage to our economy. It has increased the cost of production in the automobile industry and thus cars have now become very expensive. I just hope things can change for the better in Nigeria. The economy has degraded so much.

Nigeria Economy has affected everything in the country

Every sector is suffering these because our naira does not have value,excess charges on importation of cars is killing,how many Nigerians can afford an innoson Motors with exhorbitant price……Which way forward for my dear country

This country is making everything difficult for people now people can’t even afford cars anymore. This is sad

Our economy is getting worse and our currency value is decreasing Nothing is affordable to an average person in Nigeria anymore. some people can’t even afford food to eat talk less of new car I pray our government do something before it get worse than this

Our currency value against dollar is a setback to us in Nigeria. All sector are affected by it and I think it will continue like this until we see a good government that will truly rectify things for us

Most industry in our country is experiencing a steady decline as a direct result of the weak economy, which is also driving more people to buy brand-new automobiles, despite the fact that the high prices of imported vehicles are making it difficult for most people to afford them. Things need to be worked out so that purchasing an automobile would be less of a hassle.

The weakening of the Naira has been very detrimental to our economy. It has led to a rise in the cost of manufacturing in the automotive sector, which is one of the primary reasons why automobiles are today so prohibitively expensive. I have this naive belief that things will eventually turn out better in Nigeria. The state of the economy has become so much worse.

The weakening of purchasing power in Nigeria as a result of the deepening foreign currency shortage has led to a decrease in demand for vehicles that are locally produced.

Lol people can’t afford to put food on their table so how will they afford to buy cars? What a joke

Interest rates, which have made it challenging to finance the purchase of new vehicles and draw investment, are one issue that has caused the sector to struggle in recent years.

The value of our currency relative to the dollar is a disadvantage for us in Nigeria. All facets of society are being impacted, and I don’t see a way out of this predicament until we get a competent government that can actually improve things for us.

Last edited 5 months ago by Taiwoo
0

We’ll buy cars now, but it’s not safe at all and can be stolen at any time. There are many issues to be resolved first

Last edited 5 months ago by Tolaniiii
0

The federal government should provide additional help while emphasising that unless a single-digit interest rate is implemented, growing volume and luring investors, particularly spare parts makers, will remain challenging.

Frequent decline to our currency value has affected the country’s economy so bad! that, nothing is affordable to an average person in Nigeria anymore…Government should find solutions to this setbacks and help increase things because the state of the economy has become so much worse.

Depreciation in naira value is causing a lot of problems, and a lot of startups are affected.

Fixing this will require that we reduce our importation to a minimum through good governance.

The government should first try stabilizing the economy before issues like this can be resolved. We need to have a better life for God’s sake

Government policies are not favourable at all to the auto industry. The government of the day claim to be investing in most sector of the country. Where is the positive impact of the so called government investment?
Let us be since here not is working. Why won’t Nigeria go for cheaper alternative. It is affordable and procurable.

Our currency has lost value, even things will make in this country are not cheap