Nigeria at risk of the Marburg disease 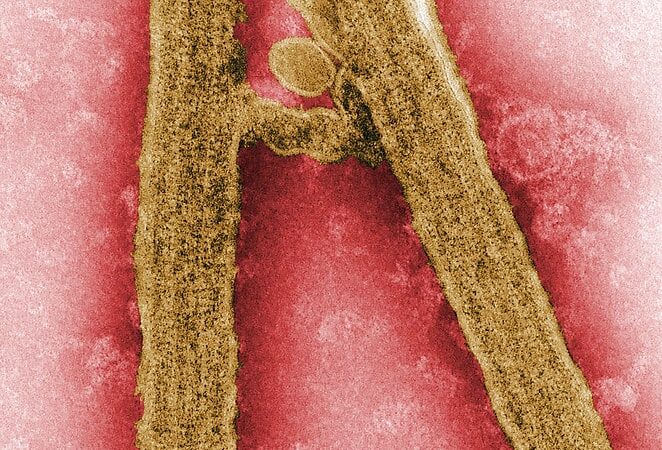 There is a recent outbreak of Marburg infectious disease in Ghana.

Recently, there occurred a first outbreak of a highly infectious disease, called Marburg virus, in Ghana. Following this development, and with Nigeria being a neighboring country to Ghana, the federal government has situated the Federal Ministry of Health’s Port Health Services at the borders of the country on red alert. This decision was taken by the federal government of Nigeria because medical experts believe that the country is at high risk of the virus if care is not taken.

The outbreak of the disease was confirmed in Ghana by the World Health Organization (WHO) on July 17th, 2022. The deaths of two unrelated people, who tested positive for the virus before death, confirmed the presence of the disease in a West African country. The two patients who died of the disease, according to WHO, were from the southern Ashanti region and they had symptoms of the virus which includes fever, vomiting, diarrhea, and nausea.

The recent detection is the second outbreak in West Africa.

Marburg virus is an infectious viral hemorrhagic fever that shares the same family as the Ebola virus disease. The virus currently has no vaccine but survival can be managed through supportive care such as rehydration with oral or intravenous fluids, and quick treatment of specific symptoms. WHO revealed that the virus is usually transferred to human beings through fruit bats and is transferrable among people through direct contact with body fluids of infected persons, infected materials, and infected surfaces.

According to records, the recent outbreak of the disease marks the second time of its detection in West Africa. Reports have it that on the 16th of September, 2021, five weeks after detection, Guinea recorded a single case of the outbreak. There have been previous African records of the Marburg virus outbreaks in countries like Kenya, South Africa, Angola, Uganda, and the Democratic Republic of Congo, after the first discovery of the deadly virus in 1967.

NCDC reports that Nigeria is at moderate risk of the virus.

In response to the level of risk the country is at towards the penetration of the virus, Dr. Ifedayo Adetifa, the Director-General of the Nigeria Centre for Disease Control (NCDC), stated that after the conduction of a risk assessment, it has been discovered that Nigeria is at moderate risk of the infectious virus, given that the country shares no direct risk with Ghana. He added that anyone travelling into the country with the virus will be detected by the port health services because the virus sickens people quickly, after infection.

Also expressing his views concerning the Ghana outbreak of the Marburg virus, a Professor of Medical Virology at the College of Medicine, University of Lagos, Prof. Sunday Omilabu, mentioned that the Giant of Africa was at great risk of the disease, due to its proximity to Ghana, and the intermingling between both countries. In addition, a Professor of Public Health, Dr. Tanimola Akande, said that the closeness between the two countries and the day-to-day massive movement of people across them, puts the nation at risk.

There should be a creation of awareness concerning the disease.

Giving preventive measures, although not well defined, against the Marburg virus, a Medical Virologist and Immunologist at the Adeleke University, Ede, Osun State, Dr. Oladipo Kolawole, mentioned that one should avoid fruit bats (Rousettus aegyptiacus) and sick primates. Also, there should be creation of awareness to aid earlier precautions against the spread of the virus. In reaction to the situation, the Nigerian Medical Association has also ordered for immediate containment measures at entry points and improved the creation of awareness of the disease.

Nigeria at risk of the Marburg disease – There is a recent outbreak of Marburg infectious disease in Ghana. – Express your point of view.

Nigeria at risk of the Marburg disease – There is a recent outbreak of Marburg infectious disease in Ghana. – Express your point of view.

There should be an enlightening awareness to the general public about the Marburg disease. It is thus expedient for the Immigration officers to ensure that immigrants coming into Nigeria are well tested and vaccinated before they can be given entry into the country. Prevention is better than cure. We need to be very careful.

Federal government should be praised for acting swiftly to create awareness and monitoring the visitors coming in from around our neighboring countries. The healthcare system in Nigeria must be heavily funded by the government to meet the standard fit to combat outbreaks of virus and disease. Borders services are screening visitors coming in to prevent the outbreaks of Marburg.

Movement of people from the affect country should be stop in other to stop the virus from spreading and we are neighbor with this country so care should be taking so the virus should not be spread. Awareness about the virus should be spread across every where so people will know of this virus and how to prevent them self from getting affected

There’s a lot to be worried about. Awareness is a good start. Proactive decisions should be made too

All works now go down to the federal health service to help prevent this deadly disease from breaking into the country and disseminate information about this disease and how to protect ourselves against it.

Federal government should monitor the coming in of people from Ghana and other countries. Anyone coming to the country should be checked properly to avoid the spreed of the Marburg infection in the country.

At this point, knowing the danger the marburg disease borne entry from Ghana should be restricted or granted upon check up and containment measures at entry points to safeguard the health and lives of Nigerians and to avoid breakout and another pandemic like the COVID-19 case.

Federal government creating awareness and monitoring the coming in and out of people from neighboring countries are good moves. Health care system should be supported likewise encouraged.

I commend the swift action in reporting this so that we won’t be caught unaware.

However, Ghana is our neighboring country so our health sector should be prepared to tackle such and render help where necessary.

Another outbreak?? Health workers should create awareness about this new disease, how it can be contacted and how to prevent it. I’m very sure that it’s just a little percentage of the population that’s aware of this disease

I really don’t understand why Africa is always having outbreaks of strange diseases. The health workers should try their best to find solution to this problem, like vaccines that will immunized people against this disease.

Every time these viruses and diseases keep plaguing Africa, what have we done wrong to deserve this. I hope God will keep helping us through each one of them.

Last edited 4 months ago by Taiwoo
0

This is really bad. Ghana health workers should deal with this problem and ensure that this disease doesn’t spread than how it is right now. We don’t want to experience another outbreak like covid

we need to boost our healthcare services if we want to combat diseases like this; I hope the government helps out

Marburg virus 🦟 should handle the way Ebola virus was handled the last time it entered Lagos State seen they are related in symptoms and operations. Due to close proximity Nigeria is having Ghana coupled with our population we stand at great disadvantage if care it not taken to checkmate movement of people from Ghana to Nigeria.It is very important to create awareness about this virus to get every Nigerian informed about it.

Because of its proximity to Ghana and the high cultural exchange between the two nations, Naija is at an extremely high risk of contracting the disease.

I believe this country doesn’t have good health care facilities that detects when people are infected at airports if not this country won’t always be a victim of unknown diseases. The health workers should try to create awareness though so the disease won’t spread.

At all potential entry points, rapid quarantine precautions should be adopted, and efforts should be made to raise more people’s awareness of the disease. This will help curb it

Most of the viruses we have in Africa are gotten from animals; these animals need to be seriously contained; something has to be done about them because they cant keep spreading viruses.

It is important to raise people’s knowledge of the need to take preventative measures against the virus at an early stage, since this will be of great assistance to us.

We will be fine jare, because this is not the first time we have had a disease outbreak, and nothing much has happened. I’m sure if we took herbs, we would be alright

We need to be cautious of our environment and the people we come in contact with, and we should report anyone with symptoms of the disease because we have to come together to beat this virus.

Our government should mobilize the health sector of Nigeria to swing in action to great effective ways of creating awareness about the Marburg disease which is already in Ghana our neighboring country and also to build border checking system to prevent the disease from getting into the country.