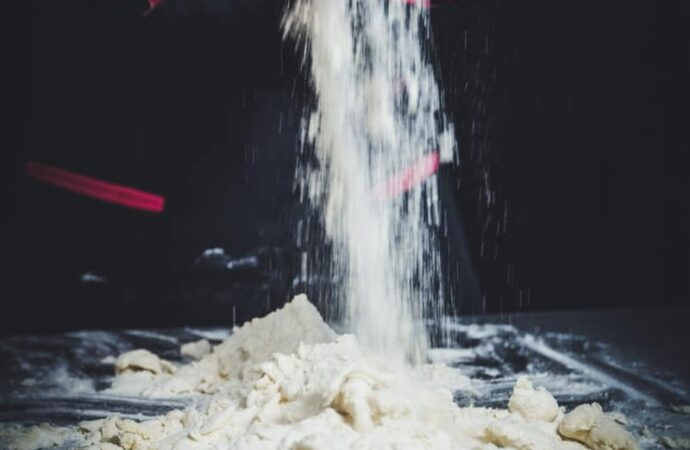 The country’s economic status quo continues to deteriorate, and while the Academic Staff Union of Universities (ASUU) have been on a 5-month strike, other sectors have also threatened to embark on nationwide strikes over the past weeks. The economic structure has been on a brink of imminent collapse— the Dollar valuation to Naira that has tremendously climaxed, as well as the surge in the country’s inflation rate. More heart-rending is the government’s laxity at implementing measures to salvage this crumpling situation.

Just recently, bread bakers under the Premium Bread-makers Association of Nigeria have declared their intention to embark on a four days warning strike due to the extreme rise in cost of their production. This strike will see to a total shut down of bread production across the country as a means of protesting the insufferable cost of baking materials. The association complained about the incessant hikes in baking products that the association continues to bear, whilst making an appeal to the government to swiftly salvage the situation.

Running a bakery is inconceivable, due to hike in prices of materials.

The president of the Premium Bread-makers Association of Nigeria (PBAN), Emmanuel Onuhora, in narrating the difficulties associated with running a bakery due to the tremendous hike noted that recently, it has become overly inconceivable to run a bakery in Nigeria as a result of the continuous hike in the prices of their products that they use in making bread. He explained that the continuous surge in the price of diesel has also immensely contributed to this dilemma.

In his statement, Onuhora further stated that the members of the Premium Bread-makers Association of Nigeria (PBAN) have been continuously subjected to intense and hard conditions in regards to the production of bread, due to the fact that most of them presently run under huge loses, this is a direct result due to the increased costs in the much needed materials like flour. He added that this situation was very unsustainable because of the dilemma of the limited price of bread compared to the continued hike in the prices of needed materials.

Strike is for the survival of the premium bread making industry.

Going on, he noted that the four days warning notice of a strike was decided out of the need to reach out to the government to ensure a change in this deteriorating situation with promises of extension if nothing is done to ensure a change in the situation. He described this move as one of survival of the premium bread making industry, with the withdrawal which commenced on July 21st, 2022 and is set to run till July 25, due for escalation if the government is complacent about their demand.

Stating the reasons for their embarked nationwide strike, Emmanuel Onuhora asserted that the unfair hike, as well as the levy and charges by government agencies have made their production process immensely unbearable. He disclosed that the incessant hike in the prices of baking materials as well as the governments 15 percent wheat development levy for the importation of wheat and the ridiculous NAFDAC’s charge for late certificate renewals were some of the reasons responsible for the strike. He also moaned about the complex structure that makes the members of the association unable to access grants and loans granted by the Central Bank of Nigeria to small and medium scale enterprises.

Series of failed meetings held by federal Ministry of Industry.

According to him, the association had made efforts in ensuring the survival of the industry since 2021. There has been a series of failed meetings with the Federal Ministry of Industry, Trade and Investment and all attempts aimed at ensuring the survival of the bread making industry. Thus, the strike is the association’s measure to air their grievances to the right authorities. Onuhora concludes that bread as a grab and go food that bridges all economic classes is a poignant reason why the government must salvage the problem that the association faces swiftly.

The rising cost of things is on the high side,imagine the prices of flour and other baking materials to make bread at the tail end masses are left to bear the brunt of all this because bread is one of the food been consumed mostly by Nigerians how are they expected to survive

The premium bread makers association of Nigeria have every right to go on strike due to the high cost of production they face. It is so bad that they can’t get the materials they used to for production anymore at a normal price. The government has been lackadaisical about the crumpling and declining economy. They need to step up and salvage this unfortunate situation.

The high cost of product they use for bread as rising and they can’t afford them as now make them want to strike and if they strike it will affect the people because bread is one of food people consume alot. Things should be done so the prices of the product is back to normal price, the price of bread as already rise so now they bakers want to strike it as to be stop

The association is looking out for the masses I hope. This is a year of inflation around the world and the effects speaks for itself. The government has work to do with dealing with the inflation and help businesses survive. Bread is the most common food available to the citizens of Nigeria, now almost unaffordable to many people. The association should be credited for giving us warning.

It’s getting really appalling. Inflation is on the high side, the economy is crashing so bad… Imagine every sector decides to strike. Where are we heading in this country. In a sane country, strike is used to get the attention of the government. Buh these guys don’t care. Almost like we don’t have a government.

Bakers going on strike over issue like this is meaningless. The incessant inflation in the country as left our economy in shambles, not only baking products but all products, goods and food stuff have experience a colossal hike in price recently due to the scenario going on. We all can just hope our government do something to help resolve the inflation issue or else we are just gonna have to be going through this.

We are going through a lot in this country. Government have turn a deaf ear to the problem of this country. We are watching them. We will survive, no matter what

We have experience a hike in price of almost everything recently due to our bad economy situation. Now bakers of bread that is widely and mostly consumed by people are going on strike. What we need is a better and improved economy to make things better in this country.

The government has work to do with dealing with inflation disturbing the country’s economy
Almost everything as become unaffordable to many people, how would they survive?? I hope the government could do something as soon as possible to help resolve the inflation issue and attend to other sectors.

The government has a lot of control over the ongoing situation.

And as of now, nothing seems to change in the inflation rate.

If bakers go on strike, it’s going to affect a lot of people as it’s one of the fast food to eat

This government is a failed one. Even bakers want to go on strike, that just to show how incompetent these people governing us are. This inflation issue should be worked on , prices are just increasing and salaries are still the same .

The situation of this country is critical. It’s the fact that these people are not even doing anything to help that’s pissing me off, all they know how to do is bake promises and end up destroying the economy that was shaking before🙂

Bread manufacturing across the country will come to a complete halt as a result of this strike, which will have an impact on those of us who enjoy eating bread.

I wouldn’t blame this bakers for this decision they are about to take because the price of flour in this country in now outrageous. And this ministry of industry, trade and investment seems useless right now because they are not even tackling the problem that they ought too

The inertia with which the government has approached the implementation of measures to rescue this collapsing economy is particularly distressing.

It is unfortunate that prices for baking ingredients keep going up, and this is the primary reason why bakers have gone on strike. The government needs to take immediate action to address the problem.

Bread’s status as a convenient snack that can be eaten on the go and that appeals to people of all socioeconomic backgrounds is a compelling argument for the government to find a solution to the crisis that the association is currently facing as soon as possible.

At this point all we have to do right now is pray for this country. The situation if this country is beyond what anyone can handle. How can a country be so bad to the extent of bakers going on strike. The government really need to buckle up and find solution to all this

Everything is just too tough in this country. Even flour is now very expensive, so I don’t blame them for going on strike; they are not finding things easy.

Because of the state of our economy, the sharp increase in the cost of their production has a negative impact not only on the bread industry in Nigeria but on the vast majority of our other commercial and industrial endeavours as well.

The value of the United States Dollar relative to the Nigerian naira has reached an all-time high, and this, combined with the recent spike in the inflation rate in the country, has caused a number of pricing changes.

Is it all the sectors we have in this country that will be going on strike now? This isn’t good. The government needs to provide what PBAN needs to them.

With the current increasing in prices of goods and services within the country, the cost incurred by bakers for production is huge. The baker’s association going for 4 four days warning strike will send a strong message to our government.
Honestly, this country need urgent attention to salvage her soul from every form of socio-economical destruction hence the need to declared state emergency for our country Nigeria.

The bakers going for four days warning strike speaks volumes about the state of this country. Every sector in Nigeria is experiencing serious financial challenges by the reason of the current inflation. Please and please government should do the needful to rescue the country from this quagmire.