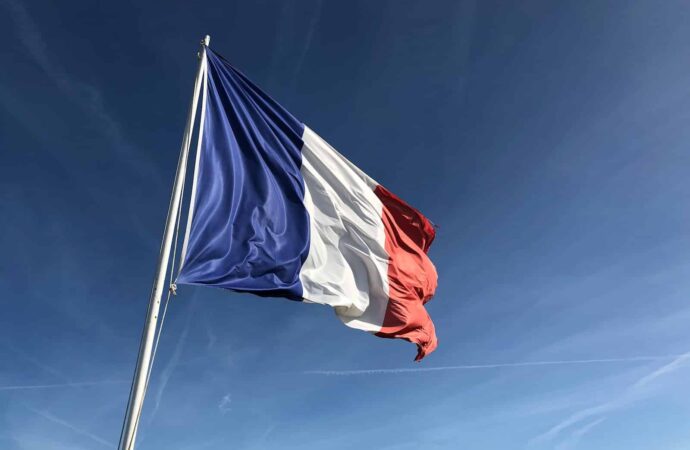 The Managing Director and Chief Executive Officer of the Nigerian Film Corporation (NFC), Dr. Chidia Maduekwe, asserted that the corporation would not cease to embrace international partnerships and collaborations in order to deliver on its mandate as it is saddled with the responsibility of the preservation of the cultural heritage of Nigeria through Sound Archive and the National Film Video. This affirmation was made during the meeting with the delegation from Institut National de L”Audiovisuel (National Audio-Visual Institute) – INA, France.

Nigerian Film Corporation (NFC), established in 1979 under Decree No.61 of 1979, is the largest film agency in Nigeria. The corporation is a Federal Government parastatal and is being supervised by the Federal Ministry of Information and Culture. The NFC is able to lay a foundation to develop a reliable and sustainable film industry and cinema culture in the country. The activities of the corporation have enabled it to contribute to Nigeria’s socio-economic development and currently, procedures to transform the Corporation to a Film Commission in relation to the African Union charter on communication and audiovisual is in progress.

Dr. Maduekwe stated that the INA visited the corporation on need assessment which makes the corporation look forward to obtaining support and assistance on the national audio-visual archiving, preservation project and digitization of NFC. It was further stated that NFC has been sustaining its solid commitment to aid efficient utilization of local and international partnerships for the purpose of building capacity and developing programs and projects with the evolution of recent technologies, preservation, film production techniques and archival practices.

The Federal Government of Nigeria also gives recognition to the great contributions of film archiving to national development with the observation that the creative industry and film sector tremendously supports the growth of the national economy and should be showered with deserving attention. Also, to protect the rich cultural heritage of the nation, there has to be sole dependence on the capacity of digitization and online digital space so as to create awareness across borders.

NFC aims at building a National Repository for Nigeria.

MD of NFC further states that the time for the industry to pull resources together for the protection and preservation of the audio-visual heritage of Nigeria is the present moment. It was said that culture, politics, economy and history, as the heritage of Nigeria, must be efficiently secured, preserved, digitized and archived. Currently, one of the pressing strategic development plans for the film industry is to build a National Repository for Nigeria with high technology at the National Film Video and Sound Archive; it also focuses on building human capacity through the National Film Institute (NFI).

Cultural Attache, French Embassy – Lagos, Mr. Christopher Picot, spoke at the meeting in Jos at NFC’s headquarters, pledging the commitment of the French Government and its institutions towards immense contribution to the development of the audio-visual sector of Nigeria. Picot said that the need assessment visit by the Institut National de L”Audiovisuel (National Audio-visual Institute) to the NFC was necessitated by the bilateral cultural treaty and the audio-visual cooperation that exists between Nigeria and France.

The two day needs assessment visit was done by Sarah Vandergeerde, Jean-Claude Macik and Christopher Picot – who was the leader. The team of Institut National de L”Audiovisuel (National Audio-visual Institute) were thrilled by the experiences and outcome of the working sessions and discussions with the NFC management, staff and students of the NFI. In addition, Mr. Picot expressed optimism of massive assistance and support for the NFC, considering the assessment of its challenges and current state of its facilities.

Having taken on the role of safeguarding Nigeria’s cultural heritage, the organization will continue to seek out worldwide alliances and collaborations to help it carry out its mission.

it’s a good thing that the organization is a parastatal under the jurisdiction of the Federal Ministry of Information and Culture, which is a branch of the Federal Government.

The National Film Commission is capable of establishing a platform upon which to build a film business that is trustworthy and sustainable as well as a cinema culture in the country.

The corporation’s work has helped advance Nigeria’s economy, and at now, steps are being taken to convert it into a Film Commission in accordance with the African Union mandate on communication and audiovisual.

The construction of a state-of-the-art national repository for Nigeria at the National Film, Video, and Sound Archive is one of the most urgent strategic development plans for the country’s film industry at present.

As new technologies have advanced, NFC has remained steadfast in its pledge to facilitate the effective use of local and international collaborations for capacity-building and the development of programs and initiatives.

Nice meeting at NFC’s headquarters, where the French government and its institutions pledged their dedication to making significant contributions to the growth of Nigeria’s audio-visual industry.

I’m happy for NFC with the international partnership they have been able to receive. I just hope they make maximum use of the partnership.

This partnership wil really go a long way in boosting our film industry and also help in preserving our cultural heritage for people allover the world to see and embrace it as well.

NFC has remained steadfast in its pledge to facilitate the effective use of local and international collaborations for capacity-building and the development of programs and initiatives.

Whatever that will help the country to grow is a welcome development. We need to do more bboth in partnership with other countries

Given its newfound responsibility for protecting Nigeria’s cultural legacy, the group plans to keep looking for partnerships throughout the globe to join forces with.

One perfect way to preserve the culture of a land film making and documentary.Bring international film makers into this picture is a welcome idea.

I’m in total support of any partnership that will boost the economy,this will help protect the social, economical, and political aspect of Nigerians.

Film production is one way whereby the culture and heritage of the community can be preserved. The Institu National de L”Audiovisuel, France visits NFC on need assessment is a week idea

Any factor that contributes to the expansion of the nation is regarded as a positive development. Both in collaboration with other nations and on our own, we need to do more.

Despite the rise of new technologies, NFC has maintained its commitment to easing the utilization of local and international collaborations in capacity-building and the creation of new programs and initiatives.

The corporation, a parastatal of the federal government, is under the direction of the federal ministry of information and culture. The NFC is able to establish a base for the country’s film industry and culture to grow steadily and sustainably.

The Federal Ministry of Information and Culture oversees this government-owned organization. The NFC has provided a solid foundation upon which the nation’s film industry and cultural expression can expand permanently.