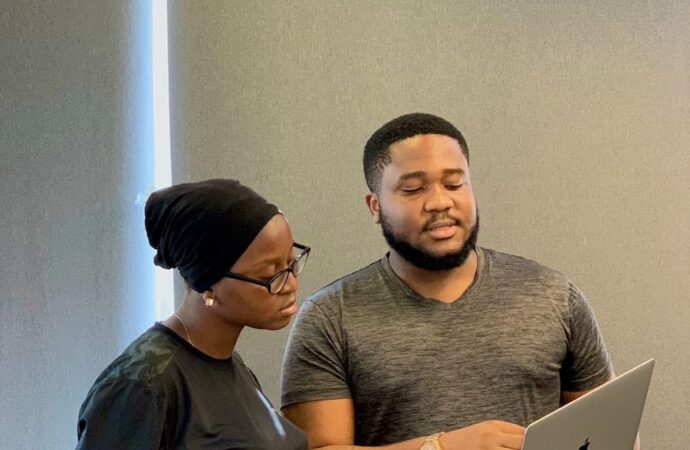 Photo by Cut in A Moment- Ask Nigeria

21 Nigerian states have refused to implement the minimum wage for teachers.

According to the data from the Nigeria Union of Teachers (NUT), of all the 36 states in the Federal Republic of Nigeria, only 15 states – the Federal Capital Territory (FCT), Akwa-Ibom, Ebonyi, Edo, Ekiti, Jigawa, Kano, Katsina, Kwara, Lagos, Ogun, Ondo, Osun, Oyo, Plateau, and Rivers States – have succeeded in the implementation of the wage for basic school teachers. Meanwhile, the remaining 21 states are yet to begin implementation of the minimum wage for teachers.

The defaulting states include Abia, Bayelsa, Delta, Enugu, Nasarawa, Adamawa, Gombe, Niger, Borno, Sokoto, Anambra, Imo, Benue, Taraba, Zamfara, Kebbi, Yobe, Kogi, Cross River and Kaduna states. As revealed by the union of teachers, Kaduna and Yobe states returned respectively to the N18,000 minimum of 2011 in April to November 2021. Having noticed this anomaly, the NUT made efforts so as to get the state governments to implement the accurate minimum wage for teachers, but without results.

However, in Cross River state and Kogi state, the implementation of the wage is being partially done. The Kogi government has enabled the implementation of only 40 percent to teachers in charge of primary 1-6 and JSS 1-3. Abia state, on the one hand, pays N10,000 to secondary school teachers. Amidst the delivery of this data, it was mentioned that the senior cadre teachers in secondary schools, Nasarawa state, are awaiting their capturing exercise so as to be partakers of the N30,000 minimum wage.

The minimum wage is insufficient to cover basic needs of individuals.

The teachers’ union, NUT, revealed that different steps, including mounting pressure, have been taken to ensure that defaulting states make amends, but all to no avail; asides lack of amendment, these states have been unable to give a tangible reason for default in implementing the minimum wage. However, other defaulting states such as Cross River, Anambra, Gombe, Benue, Taraba, Adamawa, and Zamfara are complaining of lack of sufficient funds to implement the minimum wage of teachers.

Moreover, education experts have constantly complained of the poor quality of education that is being rendered in basic schools, being the foundation of learning. They cited the poor remuneration of teachers as the main cause of the poor delivery of quality education. Another cause of the poor quality of education, delivered in basic school is because many teachers teach because there is no other option left for them, and not because they are really passionate about teaching.

Despite the fact that the 30,000 minimum wage is not substantial enough to handle basic needs of an individual, some states still are not able to pay it. Height of irresponsibility. No doubt, education standard is poor here because teaching is considered as a last resort when to avoid starvation. Hence they are not passionate about it.

What a shameless country despite teachers minimum wage peg at 30000 yet they are not paid can u imagine the take home pay of our elected officers….I weep for my dear country.

How can the minimum wage still be 30,000 when Nigeria economy is in decline? I really feel for the teachers that are collecting this meagre amount. They still have to take care of their families from this minimum wage and still pay rent and taxes. Nigeria Government should do better.

This is good because these teachers are being seriously underpaid, which is not meant to be cos they are a big 0lus to the society.

The National Union of Teachers (NUT) made efforts to get the various state governments to impose the correct minimum wage for teachers, but their efforts were fruitless; however, this situation needs to change immediately for the welfare of the country.

Several measures, including an increase in the amount of pressure being applied, have been made to ensure that defaulting states make restitution; nevertheless, all of these procedures have been in vain because the governments of these states are so stubborn, which is terrible.

Because the governments of these states have been unable to provide a plausible explanation for their failure to implement the minimum wage, it is necessary for the federal government to rein in their abuses.

These other 21 states are proving stubborn to yielding to this minimum wage structure but I’m sure they have the money. This is wickedness

Teachers are meant to be well paid because they are ones responsible for nurturing the leaders of tomorrow. Paying them lesser than they need to be paid will affect the quality of education that the students will get.

Doesn’t the government of these 21 states realise that one of the primary reasons for the inadequate provision of quality education is the low remuneration offered to educators?

I can’t believe teachers are being paid 12,000 in some states or even less , teachers are more important than this pay they are getting . The government should punish any school management that pays below the minimum wage.

The government should have closed down these schools defaulting the minimum wage rate, these schools are causing more harm to the future of this country than we can think of

All state in Nigeria should implement the 30,000 minimum wage. It is necessary

As at the year 2021 these defaulting state governors couldn’t pay ₦30,000 as minimum wage how can they implement it in this year that there is so much inflation. Even now the government are planning to tax us in any way they can. Teachers are not well remunerated our can our children the best education.There is problem in this country o.

Teachers are tasked with the enormous duty of influencing student learning, and as a result they should be compensated according to a well-organized and controlled system and not to be pay less than they deserved. This ought to be handled by the government.

In this present Nigeria condition ₦30,000 minimum wage is too small not to even mention state that have not approved it and are still paying minimum wage as ₦18,000. How do you want these teachers to survive? No good pay, inflation everywhere and now you want to kill us with tax. How can these teachers deliver quality education to our children?

The government of these states should look into employing Teachers that are passionate about their jobs and pay them well so they will dish out quality education.

We need to work on this minimum pay for teachers because they are very crucial to the growth of our nation, and also give them a conducive environment to carry out their duties

OMG!!! 30,000 for teachers? This one won’t do anything… looking at the current economy system we are operating on. Paying them will improve performances.
Nigeria Government should do better.

The not payment of minimum wage to teachers by different state government has really show how the government are wicked in term of providing accessible and quality education for the citizen and this is very bad to the country because a happy mind teacher will make sure he/her teaches the students very well.