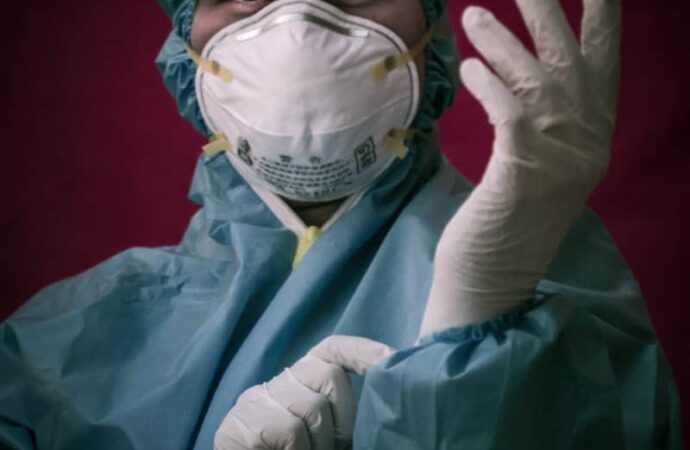 There has been a constant complaint on the dilapidated economic status quo, which the government has been deeply complacent about. Numerous government funded working sectors in the country have either threatened nationwide strikes or are on strike currently. Federal universities have been on a nationwide strike for six months, whereas meetings between the Academic Staff Union of Universities have continuously hit stumbling blocks, leaving students as collateral damages of government’s complacencies. Since, PHCN, NASU amongst other unions have also taken strike actions and now, the National Association of Resident Doctors (NARD) are also preparing to embark on a nationwide strike.

Like other unions, NARD had been critical of the government’s failure to reach their demands, issuing a two week ultimatum for the payment of the recently reviewed Medical Residency Training Funds (MRTF) to members of the union, implementation of the new national minimum wage, as well as hazard allowances amongst other agreements. This was made known during the July National Executive Council Meeting and Scientific Conference, which is themed “The Quagmire of Medical Workplace Hazards: Defending a Nation Under a Shade of Arrows, and took place in Lafia, Nasarawa state.

At the Scientific Conference which was held in July, the association complained that states like Imo, Ondo, Ekiti and Gombe still owed doctors in the workforce salaries in the range of 2-10 months respectively, as well as other arrears. NARD noted that resident doctors have had arrears from 2014, 2015 and 2016 unpaid despite their heavy negotiations with the government. They also complained of the fact that many of their members have been deprived of consequential adjustments, since the new minimum wage implementation in 2019.

Amongst the demands of the doctors’ association is the swift review of Consolidated Medical Salary Structure (CONMESS), and other related allowances, causing the dilapidated economic situation of the country. They also demanded that the agreed terms from the former Collective Bargaining Agreement (CBA) be constantly reviewed. The association noted that the Abia State Government haven’t done sufficiently well towards the progress of implementing the Medical Residency Training Act (MRTA 2007), as well as the 25+ months salaries owed doctors at the Abia State University Teaching Hospital.

Extension of ultimatum, an illustration of the association’s goodwill.

On the bad welfarism that has ravaged the health sector, the association appealed to the government to further improve the allocation of the health sector in the national budget. Also, the association beseeched that the government help in curbing the brain drain, as well as eliminating the bureaucratic ones and condemning the attacks on its members and other Health professionals. The association appealed to both the state and federal government to look into this issue and put plans in place to avoid future occurrences.

At the expiration of this deadline, the association decided to extend this ultimatum by another 2 weeks. Godiya Ishaya, President of the National Association of Resident Doctors (NARD) made this known at the Extraordinary National Executive Council (E-NEC) which he described as an illustration of goodwill, upon consideration of the government’s efforts. He noted that it was the belief of the association that the extension will grant the government with adequacy to substantially support their efforts with results, so as to avert industrial disharmony.

Ishaya however commended the efforts made by the Federal Ministry of Health, Labour and employment, as well as the National Salary Income and Wage Commission towards the MRTF review. He further appealed with both the government and general pubic to work swiftly towards the implementation and payment of the upgraded Hazard Allowances and to help by intervening against the deplorable situations that the resident doctors are put in, in the affected states respectively. He promised that the association and the government will try to find a resolution swiftly and avoid further escalations.

It is well o… First it was ASUU, NASU, PHCN
now NARD. Left to me, I don’t think this current govt is ready to do anything. But let’s be positive.. The government should meet their needs and try to find a lasting solution. It has really gone out of hands.

The only language the government understands is the threat of strikes. I will implore the doctors and nurses to stand on their ground and ensure the government listen to their pleas. They are entitled to good remuneration, which is the reward for their labour.

Imagine doctors issuing two weeks ultimatum to embark on strike just tell me which sector in Nigeria functions properly without strike been their best option as weapon against this delusional government.

Every sector now resort to strike as there weapon against the government leaving the people to suffer, government needs to dialogue with these sectors and resolve the issue especially the ASUU strike that has last long and still on.

What a country Nigeria, everything is going upside down. Doctors want to go on strike too, nawa o. Where are we heading to. This government self tire person. They are just doing this country anyhow. I no blame them, Is not affecting them na, because they always travel out for treatment and Enjoying another country’s good facilities. Their own country remain worse.. What a shame

It is imperative that the government and the Doctors organisation work together to find a solution as soon as possible in order to head off any further escalation.

Numerous working sectors in the country that are sponsored by the government have either threatened nationwide strikes or are currently on strike, and this demonstrates the deplorable position the country is in at the moment.

Why is the government not working in the demands of the resident doctors, doctors are prominent people in the society and them going on strike will cause a whole lot of damage

First it was ASUU that went on strike and they have caused huge disruption to the academic plan of thousand of students, now it’s doctors, if doctors should go on strike who will take care of the sick ones, our government should do something ASAP

NARD should please revisit their decision and not go to far, the life of a whole lot of people depends on them , they should give the government more time .

It is unfortunate that the government has not been able to meet the expectations of the medical professionals because they are the backbone of the nation.

Why will the government be owing health workers salaries.. that is very bad and they should change and start paying them

Since the introduction of the new minimum wage in 2019, many of the NARD members have been prevented from receiving consequential increases, although this was not intended to be the case.

It is the responsibility of the government to satisfy their requirements and search for a long-term answer. It is completely out of control because several industries around the country are acting in the same manner.

This is why doctors leave the country, they are not appreciated in this country at all and that is not meant to be. The government have to turn things around

Nigeria is still in the stone age. There are overwhelming problems in this country. Now our residents want to go on strike.This administration is in shambles and has caused a collosal damage to the economy of Nigeria that is why we’re having brain drain which is constantly on the increase. With God I stand

It is a big shame for this administration that under the watch of the presidency Nigeria has turned up down economically. Residents doctor are threatening to go on strike. It is a shame on this government.