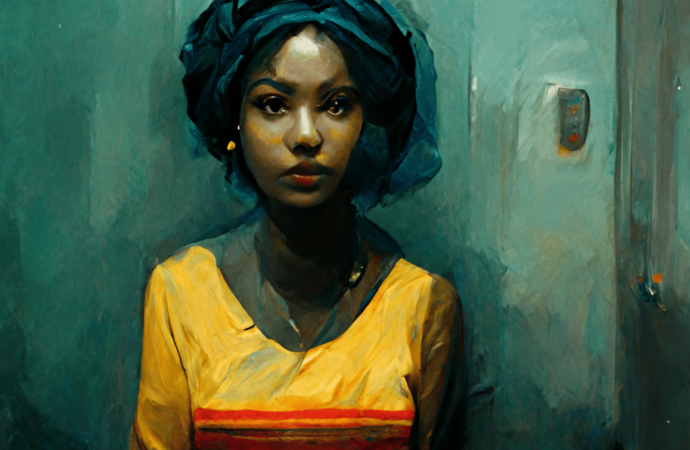 Former minister says the war in Ukraine has created scarcity in various domains.

As countries continue to record rising inflation caused by the Russia-Ukraine war, foreign affairs experts in Nigeria have predicted that citizens will experience more hardships in the months ahead unless the warring countries reach a lasting truce. A former Minister of Foreign Affairs and Professor of Political Science, Bolaji Akinyemi, and a former Director-General of Nigeria Institute of International Affairs (NIIA), Prof. Bola Akinterinwa, urged Nigerians to brace for the challenges ahead. The duo blamed the Federal Government for not preparing for uncertainties like this war. They noted that the war has strained Nigeria’s economy and pushed more families into poverty because of the rising cost of living.

Since February 24, 2022, the Russian Federation invaded Ukraine following the President of Ukraine, Volodymyr Zelensky’s proposal to join the North Atlantic Treaty Organization (NATO). As a form of response, the United States, the United Kingdom, and the European Union (EU) have each meted some economic sanctions against Russia. Russia is the main EU supplier of crude oil, natural gas and solid fossil fuels. In 2020, almost three quarters of the extra-EU crude oil imports came from Russia (29%), the United States (9%), Norway (8%), Saudi Arabia and the United Kingdom (both 7%) as well as Kazakhstan and Nigeria (both 6%). On June 3, 2022, the EU adopted a sixth package of sanctions, including a partial embargo on Russian oil. This has made the price of gas and other essential products become inflated in the EU and the rest of the world.

The figures that were released by the National Bureau of Statistics (NBS) on August 16, 2022, showed that Nigeria’s inflation rate has defied monetary tightening. Nigeria experienced a 64 percent inflation rate in July, 2022, a level not seen in over one and a half decade. However, the trend is not specific to Nigeria. The annual inflation rate of its West African neighboring state, Ghana, accelerated for the 14th straight month to 31 percent. In July 2022, it accelerated from 7 percent to 29 percent.

Overseas, the United Kingdom recorded a 10 percent rate of inflation, 10 percent inflation rate in July 2022, the first time it has registered a double-digit increase in 40 years. In June 2022, the annual inflation rate in the United States hit a 40-year high of 9 percent, but slowed more than expected to 8. Speaking on the trend, Akinyemi said, “No country is an island of itself; about 40 countries import wheat from Ukraine. Then, the high price of oil, both crude and refined, affects practically all the countries in the world. Don’t forget that we are just getting out of the negative consequences of COVID-19 and Omicron. The price of cooking and industrial gas in Europe has gone up, which affects goods produced. That alone shoots up the prices of goods all over the world.”

Only effective leadership can save Nigeria’s situation, says Akinyemi.

“While some are bemoaning Russia’s oil not coming into the market, others have actually used that advantage to increase their profit margin. In a case like Nigeria’s where there is thefts of half a million barrels of crude oil, there is no way it can take advantage of the scarcity or high oil price when it cannot meet the quota that OPEC ascribed to it. So, it is against that backdrop that I would say the Nigerian economy is not immune from the negative aspect of the Russian-Ukrainian war. It is not even the war directly because the ban on Russian export of oil should not affect a country like Nigeria; if anything, the prices in the oil market should have been of advantage to us.”

The Russian-Ukrainian war has caused shortage of wheat and flour in Nigeria.

The Russia-Ukraine war has created scarcity and Inflation in in various sectors. The war shouldn’t have affected a Nigeria but we lack Effective leadership. The FG is to be blamed for not preparing for situations like this war. Corruption has affected our economy and pushed families into poverty because of the rising cost of living. Nigeria is a county blessed with natural resource. Why do we need to depend on other countries? My Prayer is all predictions by the foreign affairs that we will experience more hardships won’t manifest! Also, countries involved will agree and reach a lasting solution between them.

Can it be ever worse than this? Which hardship can be compared to the one we are presently facing in this country. I’m just tired of listening to ending bad news about this country.

Nigeria had is fair share of bad leadership coupled with the Ukrainian war with Russia and its effect on so many things in the world,masses are really facing hardship in Nigeria.

With the hardship people are facing in this country currently our government needs to come to our aid and prevent the coming hard days predicted by experts and help boost the economy to help ease things in the country.

We are facing a lot of struggles already. Nobody deserves anything worse than this. If experts are foreseeing more hardship, then the government should be proactive.

expert sees more hardship coming because of another country’s WAR. When a country like Nigeria depends on other countries to survive that is What happens. We import almost everything. Government has no plan to make the country a better one instead they love patronizing other country product without encouraging this country own.

More hardship again? Ahh we have suffered enough please we can’t handle another round of hardship again. The government should step in

The protracted conflict has contributed to an increase in the cost of gasoline and other basic goods across the world, particularly in the European Union and the rest of the developed world.

Strong leadership may mitigate the negative effects of the global economy, and an effective leadership stance can even capitalize on these effects.

This country keeps entering a new phase of hardship everyday, it just sad that we have clueless and useless leaders.

The war has put a pressure on Nigeria’s economy and caused more households to fall into poverty as a result of the country’s rapidly rising cost of living.

When will this country get better ??
Inflation is rising every now and then , the value of naira keeps falling everyday , at this point it’s only God that will be able to save us

The government should have prepared our economy for circumstances like this, so we would have benn able to handle it

The price of industrial and cooking gas has increased in Europe, which has an impact on the items that are produced. All by itself, this drives up the pricing of commodities throughout the entire world.

We are already living in a difficult period due to the war between the two countries, and any further suffering will only make things worse. Please God, let us find a way out of this!

U.N. envoys should find a way to broker peace between Russia and Ukraine so the two countries may end their conflict on amicable terms and resume normal relations.

It shouldn’t be Nigeria that will be complaining of hardship with this Russian Ukraine war. It is the time that Nigeria should make more sales from crude oil. This government is a total failure.

Nigeria should be making money from crude oil now with this ongoing Russian Ukraine war. We shouldn’t be talking about hardship in Nigeria. This is purely the result of incompetence exhibited by our government. During the time of former president Jonathan there was recession globally but we didn’t feel it here in Nigeria. How come now. It is a pity that things like this is happening in Nigeria. With God I stand