Many Vigilantes shot by Bandits in Nigeria 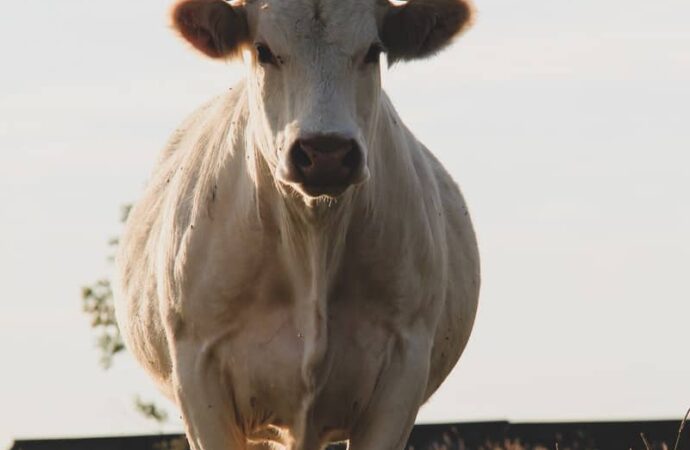 Vigilantes were shot while trying to secure their livestock.

According to security sources, dozens of local vigilantes in Zamfara state, northwestern Nigeria, were killed by bandits after they stole cattle. This is a tragic event that highlights the need for improved security in the region. The vigilantes were likely targeted because they were seen as a threat to the bandits operations. This highlights the need for improved intelligence and security measures in the region in order to protect local communities from these kinds of attacks.

Recently, Nigeria has seen an increase in bandit activity, specifically in the northwest region of the country. These groups often commit robberies and kidnappings for ransom, and have been linked to the deaths of thousands of people in recent years. The increase in bandit activity has been a cause for concern for the Nigerian government, as it has hampered the development of the country. In response to the increase, the Nigerian government has deployed troops to the northwest region in an attempt to quell the violence. However, the situation remains volatile, and it is unclear how the government will be able to effectively deal with the problem in the long-term.

Represents a loss of livelihood for those who depend on their cattle.

In recent months, there have been increasing reports of cattle rustling in the community of Gidan Dan Inna and surrounding villages near the town of Auki. These incidents have been a source of great concern for locals, who have formed vigilante groups in an effort to apprehend the bandits. While the vigilantes have had some success in tracking down the rustlers, however the problem still persists. Cattle rustling is a serious issue in this region for a number of reasons. First and foremost, it represents a loss of livelihood for those who depend on their cattle for their livelihood. In addition, it undermines the security of the community, as rustlers often resort to violence in order to steal the cattle.

Approximately 30 vigilantes were killed when they were ambushed by bandits who opened fire on them while riding motorbikes into the bush. This tragic event highlights the dangers that vigilantes face when trying to combat crime in their communities. Bandits are often armed with sophisticated weapons and are not afraid to use violence to achieve their goals. This makes them a formidable opponent for vigilantes, who are often armed with only rudimentary weapons.

These operations need to be carried out with care and attention to detail.

The ambush highlights the importance of careful planning and coordination when carrying out vigilante operations. The bandits had the element of surprise and were able to overwhelm the vigilantes. This underscores the need for vigilante groups to be constantly vigilant and ready to face any danger. Vigilante operations are often seen as a last resort, when law enforcement and other formal channels of justice and protection have failed. In many cases, vigilante groups are able to fill the void and provide much-needed security for communities. However, as the ambush highlights, these operations need to be carried out with care and attention to detail in order to be successful.

An official also said that they are working closely with the police to ensure that the perpetrators are brought to justice. This is an important step in ensuring public safety and maintaining order. By working together, the police and the government can send a strong message that crime will not be tolerated. This cooperation is essential in keeping our communities safe.

They are trying to send a message that they are not to be messed with.

There has been a recent uptick in reports of vigilantes killing bandits in an effort to end the thefts that have been plaguing the area. While the bandits have been successful in some instances, the vigilantes have also managed to kill several of the bandits. This has led to a stalemate of sorts, with neither side being able to gain a significant advantage. It is unclear what the ultimate goal of the bandits is, but it seems that they are trying to send a message that they are not to be messed with. The vigilantes, on the other hand, are trying to protect the people and property of the area from the bandits. It is a dangerous and volatile situation, with no end in sight.

Many Vigilantes shot by Bandits in Nigeria – Vigilantes were shot while trying to secure their livestock. – Express your point of view.

For communities safety, working with the police and government will and ensure the criminals are apprehended,brought to justice and serves as lesson to upcoming perpetrators

The issue of banditry in Nigeria is of major concern with the high rate of attacking villages and thereby havi g faceoff with vigilantes protecting the people.and killing them

Bandit issue is getting out of hand in this country with the everyday killings and kidnappings. Government needs to tighten security all over to mitigate it, people are dying.

What a country, this matter should be looked into before it gets out of hand

It is very terrible and horrible in a country that has President and some set of people will see themselves as God.

Even some of our security personnel have compromised. Some of them are working with the bandit.

God help us in this country.

When will killings end in this country

Government should do more to protect it’s citizens

No one is safe in this country

This is sad to hear

What is going on with my people in the north

On top their own cattles again. Na wa oo

God should touch the heart of men

This is a bad news we need to be more vigilant

How long will these menace continue?? Bandits, un-known gun men, terrorizing innocent citizens. Sadly, the government seem nonchalant about the safety of her citizens. This is really sad!