Loan sharks targeted the most vulnerable 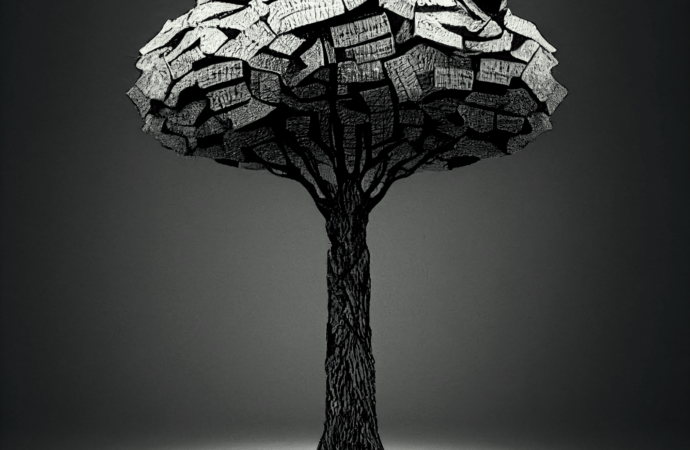 Yinka woke up in the wee hours one morning to his phone ringing repeatedly. He reluctantly checked his phone. As soon as he realized who the multiple calls had come from, he sat upright. It was a friend. “Did you borrow money from them?” the friend asked from the other end. Distressed, he quickly checked his social media applications. Notifications were pouring in from them. Cashbus, a loan app, Yinka said, “had sent several defamatory messages to every contact on my mobile phone. They said I was a criminal and that the populace should avoid me.”

This is the story of many victims of illegal loan shark apps following the economic downturn caused by the COVID-19 pandemic in 2020. At the advent of that outbreak, the Federal Government of Nigeria had declared a lockdown of major economic states and cities in the country, which were worst hit by the virus. The lockdown halted economic activities and strangled a number of small business owners. Economic activities gradually returned, but the effect of the lockdown had pushed people into borrowing from illegal loan apps in their thousands.

In the third quarter of 2020, the Central Bank of Nigeria (CBN) reported that the economy was contracting and was at its worst decline since 1983. Nigeria had experienced a recession in 1983, contracting at -10.93 percent. Similarly, the National Bureau of Statistics (NBS), Nigeria’s most-reliable and go-to source for factual statistical information, had estimated that over 80 million Nigerians were living in extreme poverty in 2020. In the fourth quarter of the same year, it progressed to 105 million, according to the 2020 World Poverty Clock report.

“I had nothing again,” 29-year-old Yinka told the press. “The lockdown doubled the price of food, the cost of everything was high, and I got low pay from work.” As a graduate student, he was now working as a driver at a local bakery. He said, “The bakery was heavily reliant on the patronage of the university students, but the lockdown and the industrial action of university lecturers [ASUU strike] pushed the students away from the community. Expenses were soaring, family needs were piling up and I needed help.”

Many victims’ stories were similar to that of Yinka.

Juliet Mary is a 51-year-old mother of four and federal government worker for the Federal Ministry of Science, Technology and Innovation. She runs a medium-scale poultry farm in her compound and things were running smoothly until her research institute did not get a monthly salary for January the next year. Due to unpaid salaries, many civil servants like Juliet were forced to access new credit services to make ends meet. Loan sharks have multiple illegal money-lending apps on the Google Play Store. When users download any of them, the lenders ask for information and access to calendars, photos, messages, location, phone contact, and even battery percentage. At the verge of disbursing the loan, applicants are told to submit their Bank Verification Number (BVN), bank statement, and bank card details. Out of desperation, some users grant the access – sometimes unknowingly – and the data is used by the loan sharks to terrorize them.

In August 2021, Nigeria’s central IT agency, the National Information Technology Development Agency (NITDA), imposed a sanction of N10,000,000 ($23,900) on Soko Lending Company Limited for privacy invasion. “I saw the terms of Sokoloan on a Facebook ad, but I was unaware that the service had been blacklisted by the Federal Government,” Juliet said. “Towards the last days of February (2022), I borrowed N18,000 ($43) from the Sokoloan app. During the application, the app displayed 92 days as the minimum loan tenure but after I had submitted my data, I saw an interest rate of (about) 45 percent for 14 days.”

In March 2022, amidst the unethical and illegal practices of Sokoloan and its affiliates (Go Cash, OKash, Kash Kash, and Speedy choice), the Nigerian government shut down their operations. Juliet said, “The 14-day loan tenure elapsed – I could not pay up. The exorbitant late payment charges were adding up daily and I was frightened.” Although their operations had been shut down, Juliet said that defamatory messages were still sent to her phone contacts. She said, “The recovery agents [of Sokoloan] pressured and threatened me and in few days, the late payment fee was exceeding the loan. Eventually, my salaries were paid, but astonishingly, Sokoloan deducted a double amount of the loan and the late payment fee.”

All these loan companies are all over the internet and their way of operation is not of professional notch,they send harrasement, threatening messages and all sorts to their clients friends,family,co workers after gaining access to his or her contacts.

This is just an inconsiderate act from the loan sharks, things are currently hard in this country adding extra interest to the loan they give out to people because they couldn’t pay is not so good

The loan sharks took advantage of the desperate times of innocent people, they should not harrass them because of that, it is totally wrong

How can they be charging exhorbitant late charges when these people are unable to pay the actual loan amount. This should not be allowed , this loan rates should be regulated.

These loan sharks actually did disgusting things just to get their money back. They threaten and defame their debtors so much to the extent that the debtors don’t have peace of mind. I hope the government clamps down on them really hard. They need to be taught a lesson.

To recoup their losses, these loan sharks committed revolting acts. They harass and intimidate their debtors in such a way that they are unable to rest easy. I hope the authorities crack down on them severely. They must be made to learn a lesson.

Infact alot of people has fallen victim of this loan sharks apps. The interest on the money is almost 50% of the money borrowed to be paid at aw very short period. This apps are too many.

These Loan sharks apps appears almost in every site you visit promising good interest rate the ignorant and vulnerable fall as victims to their deceptions. They have extremely high interest rate to be paid at a very short duration otherwise you will be embarras.

The lockdown put a stop to economic operations and suffocated a number of small business owners, forcing them to collect loans in order to keep their companies afloat.

This loan companies are very terrible, they can threatening debtors with different kind of embarrassing message. They are so annoying, very high interest. A lot of people has fallen victim already

Economic activity began to resume on a more gradual basis, but the effects of the lockdown had already caused thousands of individuals to borrow money through illegal loan apps.

illegal loan apps terrorize innocent, ignorant borrowers….as a result, a lot of damages has happened….Trauma,suicide, depression even death….it is time govt look into it and get this apps registered and monitored to avoid all this fraudulent acts.

People should avoid collecting loan from these so called loan sharks. They end up imposing a high interest on loans and embarrassing people around if they are unable to pay in due time.

Lots of problems arise during post pandemic across the world but it really affect Africa countries,so with the way it heat Nigeria ,many people were finding it difficult to survive and this make lots of people resulting to borrow all this loan shark and most of them doesn’t have good customer relation.

It’s sad Because their salaries were not paid on time, many federal officials had no choice but to seek out additional credit services in order to make ends meet, which is a negative development.

These loan sharks are very wicked and people should always run away from anything that involves them.

Due to the lockdown, the price of food more than doubled, the price of everything else increased, and my income at work decreased.

Loan apps are deceitful, they will lie that you can pay back in three months and when you take it they will reduce the duration to 7 days and that’s deceit.

It is very good as the federal government banned all these loan apps because they are causing more harm than good.

The government should provide better and suitable means of helping people out financially because truly everywhere is tight currently and people will be vulnerable to loan sharks.