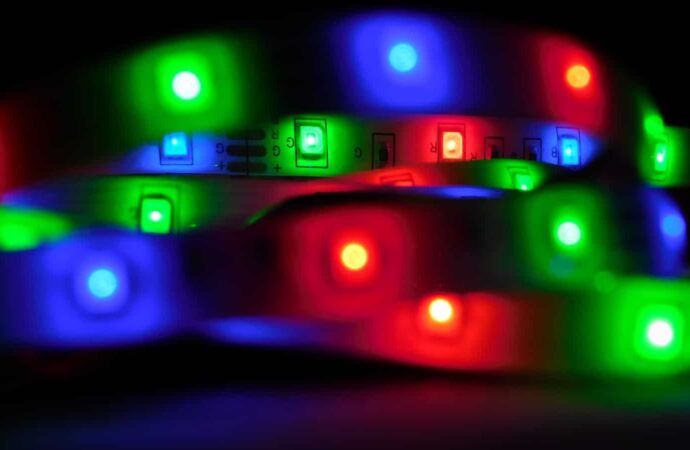 Lagos State Government (LASG) has encouraged households, industries and commercial buildings to take up the retrofitting initiative of using Light Emitting Diode (LED) bulbs instead of mercury-based fluorescent lamps and bulbs for economic and health benefits. The Permanent Secretary of Ministry of Health, Dr Olusegun Ogboye, stated this on August 15, 2022 at a briefing on the retrofitting of the Folarin Coker Staff Clinic of Lagos State government by SRADeV Nigeria. This was done under the aegis of the Clean Lighting Support for Building Retrofit Pilot of Clean Lighting Coalition (CLC).

Dr Ogboye said that using LED lights would lead to saving electricity tariff by 50 percent in lighting usage. He said that it would also enhance illumination quality in all rooms, improve employee productivity and reduce maintenance costs due to longevity and durability of LEDs. Dr. Olufunmilayo Sokunbi, the Director of Medical Administration and Training, who represented the permanent secretary, said: “This campaign to eliminate the use of mercury based bulbs (CFLs) is important to our living conditions as it prevents chronic diseases and effects of exposure to mercury, such as neurological and behavioral disorders, kidney damage, reproduction defects and others.”

Welcome initiative of Lagos State as it relates to the second pillar.

The retrofit initiative, which is simply ‘transition to LED,’ is a welcome initiative of Lagos State as it relates to the second pillar of the T.H.E.M.E.S developmental agenda. It is also aimed at remove toxic mercury in lighting through the Minamata Convention on Mercury. Meanwhile, the Executive Director, SRADeV Nigeria, Dr Leslie Adogame, disclosed that the retrofitting of the staff clinic had contributed to savings 50 percent of electricity bill from 4,751 kWh per month to 2,393 kWh.

She said it had completely removed mercury from the lighting used in the clinic. This prevents the risk of mercury exposure to staff and patients. It conforms to environmental standards stipulated by the World Health Organization (WHO) in the reduction/elimination of mercury-based lighting products in-line with Nigeria’s National Renewable Energy and Energy Efficiency Policy (NREEEP). This is to ensure a cleaner and healthier environment for Nigerians as well as safe disposal and recycling of the CFL bulbs removed from the clinic.

Adogame urges the government to include efficient energy usage in policy.

She said, “I, therefore, seize this opportunity to call on federal and state governments to include immediate inclusion of efficient energy usage (Clean Lighting) in various policy action plans, building codes, while the standards agency reviews existing standards to cater for the performance, quality standards for Lighting. For instance, the immediate adoption of the Minimum Energy Performance Standards (MEPs) for Lighting in the country. To collaborate with NGOs and other professionals to upscale and catalyze national advocacy on the impact of fluorescent lighting phase-out in achieving energy efficiency and elimination of mercury pollution from the environment for the promotion of public health.”

The United States of America uses the 120-240 voltage system presently. The first power systems were 110 volts. Thomas Edison chose that as a good compromise voltage to make his light bulb work well (this voltage was high enough that the bulb gave off a good amount of light, but this voltage was not so high that it caused the bulb to burn out quickly). So, the voltage system is also considered in energy consumption, seeing that Edison chose this system to save energy.

LED lights are brighter, longer-lasting and more eco-friendly than ever before. Many businesses and home owners are now considering them as a viable option to their current lighting. LED bulbs consume less power than any other type of bulb. According to many manufacturers, LED saves 90% energy over the old-fashioned incandescent bulbs. Another major benefit of LED bulbs is that they last significantly longer than the old incandescent bulbs. Because CFL bulbs contain mercury, they are more problematic in disposal. LED bulbs are entirely safe. They also do not give out high temperatures when lit and are therefore easier to handle than a hot bulb, and finally, you do not have to worry about broken glass because they do not come with glass enclosures like other bulbs.

The light emitting diodes actually helped to conserve energy unlike the regular bulbs which we use in our households. The plan of the Lagos state Government to adopt this is a brilliant idea. Lagos state as a whole should ensure they conserve energy on whatever bases.

Adopting the use of LED would be excellent. It’d help to reduce cost of maintenance, save up to 50% electricity tariff. At the same time help conserve more energy; Among other benefits.

LED lights would lead to saving electricity tariff by 50 percent in lighting usage. It is good idea let us follow the instructions

It will help to reduce the electricity tariff in usage, it is a nice move it will be good if we can adopt this move

People will see a significant increase in their standard of living as a result of switching to Light Emitting Diode (LED) bulbs from mercury-based fluorescent lamps and bulbs.

We have bigger problems in Lagos that needs to be addressed, the government shouldn’t be focused on this at all

The LED will improve the quality of illumination in all rooms, which will lead to increased employee productivity and lower maintenance costs thanks to the LED’s long lifespan and high level of resilience.

This step is essential to our living situations as it reduces the risk of developing chronic diseases and shields us from the adverse effects of mercury exposure.

As a result, this will contribute to the achievement of energy efficiency, as well as the removal of mercury contamination from the environment, with the end goal of improving public health.

The lighting that is utilised at the clinic contains mercury, and we need to remove it since doing so will eliminate the potential for patients and staff to be exposed to mercury.

This new piece of advise will help to guarantee that Nigerians have access to a cleaner and healthier environment, in addition to safe disposal and recycling options.

We used to have to worry about shattered glass when using bulbs, but with these LED bulbs, we won’t have to because they do not come with glass casings like other bulbs do. This makes these LED bulbs a better option overall and I would go for it

Unlike normal bulbs, light emitting diodes save electricity. Lagos’ proposal to embrace this is great. The should preserve energy anyway possible.

This is eye opening that this Mercury light producing bulb can cause chronic disease.It will be better to use LED bulbs for safe and healthy environment.

LED will always be a good option, it’s safe and the temperature is not high as the regular bulbs and it will also help to reduce the risk of developing chronic disease

More eco-friendly, longer-lasting, and brighter than ever before are LED lights. They are increasingly being considered by many companies and homeowners as a possible alternative to their present illumination.

The strategy of the Lagos state Government to adopt to the LED light is a brilliant idea. They should embrace every option to preserve energy…

One advantage of LED bulbs over older incandescent ones is their substantially longer lifespan. Mercury is present in CFL lights, making disposal more difficult. LED lights are completely secure.

Mercury light producing bulb are really hazardous to our health that is serious.Thanks for this info. It will be better to go Light Emitting Diode bulbs that are health and environment friendly.

The innovation of led light has really change the power sector all over the world.