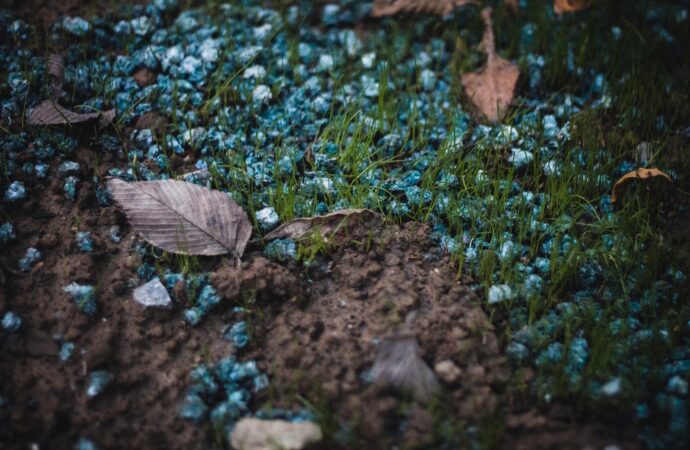 The Nigeria customs service is scaling up operations to curb smuggling.

Nigeria is ravaged by intense smuggling cases that have over the years, ineptly affected the country’s economic development. Smuggling operations across different borders in the country have become increasingly rampant, with numerous cases of smuggled consumables like rice, oil and turkey, petrol and a lot more materials. The Nigerian Customs Service is however saddled with an anti-smuggling responsibility towards safeguarding the country’s social and economic standing, as well as the health and well-being of Nigerians.

Recall that President Buhari ordered a closure of these boarders in 2019, to foster the growth of home-made produces and boost the country’s economic development but these increased cases of smuggling have been ineptly consequential to not just the economic, social and health status quo. Also, the security has been put in intense jeopardy, as weapons are also being smuggled in and out of the country. This situation which has grown into a huge menace, endangers the lives of most customs officials. Just recently, the Comptroller of the Nigeria Custom Service highly condemned the killings of Custom officers by smugglers.

Mr. Adeboyega Ganiyu, Comptroller of the Nigerian Customs Service and in charge of command has raised concerns over the alarming rate at which government subsidized products are being smuggled in. According to him, officers of the Customs Service recently seized over 4,600 bags of fertilizers, weighing up to 243 tonnes. Other items like 22 vehicles, 1,500 sachet of Tramadol, 392 bags of foreign rice, and 70 bags of unpeeled rice at the entry and exit point of the Nigeria-Cameroon boarder. He also noted that due to these developments, the service has scaled up its patrol operations and campaigns.

He attributed this success to the existing synergy with other security agencies, as well as the immense support of the general public. He further declared that the customs service would have zero tolerance for activities capable of compromising the economic strength of the country. He stated that the NCS is dedicated to curbing unscrupulous activities that is bent on sabotaging the country’s economic development by taking advantage of the border proximities and indulging in illegal trans-boarder activities.

Fertilizers smuggled across the boarder despite military imposed ban.

Borno state which is known to share its border with Cameroon, Chad and Niger Republic have witnessed numerous illicit activities by smugglers but the closure of this boarder, due to the Boko Haram insurgency have hugely reduced the smuggling operations there. However, reports indicate that people have engaged themselves in the act of smuggling petrol and fertilizers along this boarder, despite the imposed ban by the military on the circulation of Urea fertilizing brands across Borno and Yobe.

Speaking on the smuggling of petrol, Shettima Ali, an oil marketer asserted that the smuggling has attracted numerous people around the border community, despite the huge risk. He noted that these smugglers usually go through Michika, Madagali or Mubi in Adamawa state, as well as Gaidam in Yobe state, smuggling contrabands to the neighboring countries where petrol was being sold above N600 a liter and N40,000 per bag of fertilizer. Fertilizers are in high demand in these areas due to the fact that it has been banned across these areas because of its use in producing explosives by bandits.

Numerous oil marketers have amassed wealth by indulging in smuggling.

A member of the Depot And Petroleum Products Marketers Association (DAPPMA), in Borno, Mr. Bukar Babagana also noted that a lot of oil marketers have amassed huge wealth by indulging in petrol smuggling across the boarder, as well as some fuel servicing stations across the boarder. He however suggested that the creation of petrol retail outlets across the entry and exit points of the borders would immensely help the country with addressing the menace. Bashir Abdulkareem, an Economist also asserted that practical measures must be put in place to curb the menace of smuggling that has ravaged the country.

Smuggling has always been a problem in Nigeria despite efforts by the custom and numerous seizure of all these substances and goods they still devise other means of doing their illicit business,the government should not relent more needs to be done.

The custom should keep up the good work. Smuggling has always been a major in the country. I feel borders should not just be international, buh inter state as well. That helps keep movement of smugglers in check.

Smuggling in Nigeria needs to stop. Unfortunately alot of people engage and depend on smuggling for livelihood. Imagine the tons of fertilizers that were seized. Kudos to the custom officers.

Over the course of many years, severe instances of smuggling have adversely impacted the country’s economic progress. Things have to change

The Nigerian Customs Service that was given the duty of preventing smuggling as part of its contribution to preserving the country’s social and economic status; therefore, it is imperative that they take on this task.

When smuggling in the country is brought under control, it would contribute to an improvement in the health and well-being of Nigerians.

It is necessary for the government to impose a ban on imports in order to encourage the production of domestic goods and advance the economic development of the nation.

This issue involving the smuggling of weapons has developed into a significant threat, putting the lives of most customs personnel at jeopardy.

Our immigration officers are doing a good job, now we need them to increase patrols andd searches so they will bust more operations

The government, working in conjunction with immigration officers, needs to take concrete steps in order to put an end to the scourge of smuggling, which has wreaked havoc across the nation.

Why are people smuggling fertilizers too? In this country there is nothing that can’t be snuggled, may God help us all. The security operatives needs to be at alert always

😂 even Fertilizer is been smugglered in this my country chai. God please help us. I pray that things get better after 2023 general Election

Dates back, smuggling has had a negative impact on the economy of the country and on us. Anyone found engaging in these unlawful acts should face a serious penalty to serve as an example for those aspiring to do so.

Kudos to the custom officers. Smuggling has been a problem too in the country. immigration officers should carry on with the good work.

The country has seen an increase in the number of smuggling operations over its borders, as well as cases involving smuggled food and other goods. It’s just disappointing that the government hasn’t solved this yet.

Smuggling has a very bad effect on our country’s economy, I’m happy that the custom are performing their duty well by apprehending these people

the Nigerian Customs Service are actively performing their duty which is to combat smuggling in order to protect the nation’s social and economic position as well as the health and welfare of Nigerians.

Smuggling of goods is very dengerous to the development of any country’s because it kills manufacturing company in such country and it lead to closing down of companies and this will lead to unemployment and thereby reducing the income generation of the country.

Fine Nigeria customs service is truly scaling up operations to curb smuggling but is this kind of service replicated in every other regions and borders of the country or only restricted to one side? Where are these terrorist getting there weapons, how do they smuggle them into the country? Petroleum theft who is responsible? There are several questions that only the government have the answer. So many atrocities committed by the government themselves, hidden by the very government themselves. Fertilizer smuggle, I am very sure that person that caught never paid the right dues that was why he was exposed. God help Nigeria.

Nigeria customs service is scaling up operations to curb smuggling.That is a nice job kudos to you. I hope they can keep it up and scale up beyond this level.