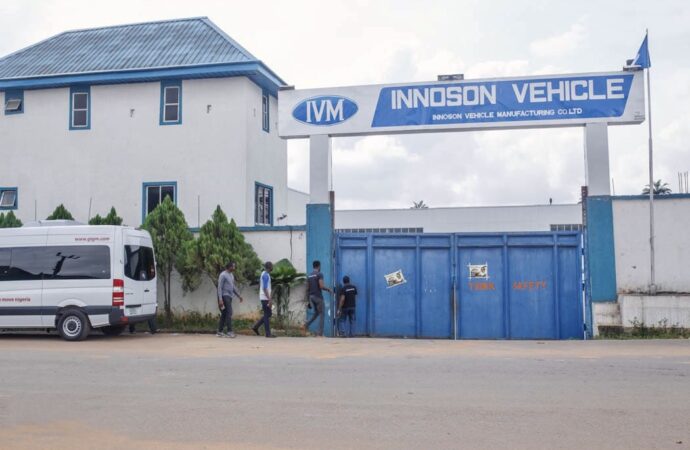 Nigeria’s importation has immensely impacted the country’s economic growth and thus, numerous economic experts have pointed the need for an effective export market. There has been the clamor for a significant improvement of our exportation phenomenon as a major source of economic development. Also, experts have noted the need to diversify, in a bid to boost the economy. The focus on exporting crude oil has not improved the economic status quo as a result of the unstable prices in the global crude oil market.

With numerous private organizations working to contribute to Nigeria’s export market, the economy has shown promising signs of overt progress. Innoson Vehicles Manufacturing Ltd., IVM, one of Nigeria’s leading manufacturers of automotive industry have recently joined in the efforts to further improve the country’s economic competitiveness by exporting its products. As such, Innoson is reported to have delivered the first set of vehicles ordered by the Government of Sierra Leone.

This first set of vehicles which was designed to suite the demands of the country’s Ministry of Defense reportedly arrived in Sierra Leone’s Capital on November 21st, 2022. The Group’s Head of Corporate Communications, Cornel Osigwe in a statement, noted that these vehicles were designed on the request of Julius Maado Bio, the president of Sierra Leone. Osigwe also stated that Sierra Leone’s President placed an order worth about N2.01 billion for the Armed Forces department of Sierra Leone.

With the advent of Innoson Vehicles’ operations in Sierra Leone, the country has become the first West African country to use Innoson Vehicles’ products outside Nigeria. Reports however indicated that the people of Sierra Leone were joyous as regards the advent of IVM’s operation in their country. Also, numerous commendations were heaped on Sierra Leone’s president for its support of African businesses by equipping the country’s military and by choosing African manufacturers.

Success of IVM, poignant to other automobile startups in Nigeria.

The Nigerian Army, around four years ago, signed a partnership agreement with the Nweni-based automobile company in a bid to develop purpose-built vehicles for the armed forces. This pact also included the identification of the required product production of the armored vehicles in the Nigerian Army Central Workshop, which is located in Kaduna, as well as enhancing the abilities of the Nigerian Army personnel to further engage in the active implementation of this joint venture.

Additionally, the overall success of Innoson Vehicle Manufacturing Ltd. has led to the startups of other automobile companies in Nigeria. Recent reports indicated that another vehicle manufacturing firm had commenced operations on the production of vehicles, also in Enugu state. This development is posed to enact the technological development that the country needs, as well as significantly help the country improve its economic situation by increasing the exportation competitiveness in the country’s automobile sector.

This newly established vehicle company, known as Ingrace Motors was lauded by the Enugu state government for its innovative ability to produce vehicles with ingenious designs in the country, and further ensuring the creation of job opportunities in the state and country generally. Chinedu Onu, the Chief Executive Officer of Ingrace also did a public display of its manufactured vehicles, donating one of its vehicles to the Enugu State Government so as to gauge the strength and quality of the vehicle.

This is a good omen to Nigeria and Africa at large because this will really change the economy scope of the country for good and it will also provide lots of job opportunity for the citizens.

This is a nice business trade between the Innoson motors and the Sierra Leone government. Patronizing African made cars is very good for the union of African countries

Innoson has really done well and fantastically by making Nigeria proud abroad. Government should be endeavor towards other companies that also has great potential and sustainability in the market.

So many economic experts have highlighted the need for an efficient export market in Nigeria due to the country’s heavy reliance on imports.

There has been a growing chorus of voices calling for a significant increase in the quality of our exporting phenomenon in order to serve as a primary driver of economic growth.

One of Nigeria’s foremost automakers, IVM, has recently begun participating in national efforts to boost economic competitiveness by expanding exports of its wares.

Good news for innosonnmotors for exporting our cars to other African country this is a laudable achievement and many more of this to come.

This is a good thing… The partnership is attracts with good benefit like enhancing other automobile start ups, job opportunity, boost the economy even promote our relations with other African countries.

This innovation has the potential to bring about the technological progress that the country need, and to considerably aid the country in bettering its economic status by raising the export competitiveness of the vehicle industry.

It would be nice to improve the capacity of the Nigerian Army personnel to actively engage in the implementation of this joint venture and manufacturing of the armored vehicles at the Nigerian Army Central Workshop in Kaduna.

Innoson motors and the government of Sierra Leone have entered into a mutually beneficial economic transaction. Buying automobiles built on the continent helps bring countries together.

It will greatly impact our economy positively if more companies like Innoson can be allow to go into production. This is the diversification we have been clamouring about.

This is a good thing for our country innoson commerce exportation of vehicle in sierra leone with this is a mutual beneficial for them. One of Nigeria company doing this very good work and make us proud

This is very good improvememt for innoson motor. We need to promote our own

The expansion of Nigeria’s economy has been significantly impacted by imports; as a result, many economists have stressed the importance of a strong export market. To support the expansion of our regional industries, there should be a restriction on the importing of cars.

We have and inactive president who only follows his brainless people to run the country. Thanks to Innoson who went into car manufacturing and now exported to Sierra Leone at the request of the their President. We need more of this to boost our economy.

For our export phenomena to truly take off and become a key engine of economic growth, there has been an increasing number of voices pushing for a considerable improvement in quality.

Many economists have emphasized the significance of a robust export market because imports have had such a large impact on Nigeria’s economic growth.

By improving the export competitiveness of the automotive industry, this innovation has the potential to significantly help the country improve its economic situation and bring about the technological advancement that it needs.