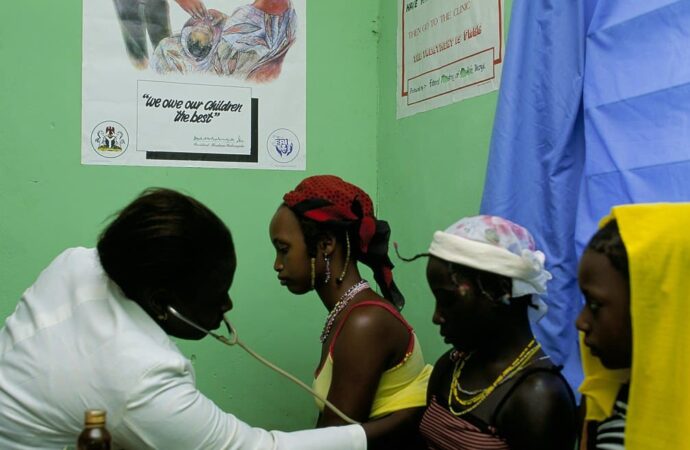 Medical workers are standing in affinity with ASUU, promises strike.

The federal government has been complacent about the educational sector and the ongoing strike suffices as poignant evidence. Federal universities have been on a nationwide strike for five months and meetings between the Academic Staff Union of Universities have continuously hit rock bottom, leaving students as the collateral damage of their complacencies. This strike is a result of the mode of payment for university lecturers and while students continue to hope the issue is salvageable, the government has shown no positive changes towards adhering to the directive of the union.

The ongoing strike has crippled the dreams of numerous students and while there have been continuous promises from the government, striking an agreement with the Academic Union has been really grueling. The federal government, represented by Mr. Goodluck Opiah, the minister for state of education once noted that the government was concerned about the situation and was willing to take every possible step towards salvaging the situation. However, the Buhari-led government have failed at this promise.

The Medical and Health Union Criticizes Government for its Complacency.

Not only the Academic Staff Union of Universities, but also the Non-Academic Staff Union, Staff Union of University Teaching Hospitals, Research Institutes and Associated Institutions have also embarked on nationwide strikes, in a bid to make their demands known to the government. These demands include implementing the memorandum of actions, as signed in December 2020, renegotiation of their agreement with the federal government in 2009, unpaid allowances to staff and the neglect of unpaid minimum wages.

The government’s failure at salvaging the not-ending academic strike across federal universities in the country has caused the Medical and Health Workers Union of Nigeria (MHWUN) to place all of its state workers on standby. This is in a bid to declare their solidarity with the Academic Staff Union of Universities (ASUU) for the ongoing union’s strike. The Medical and Health Union have criticized the federal government over its complacency in regards to meeting the demands of the Academic Staff Union of Universities (ASUU), declaring that they will not hesitate to also declare a strike.

The government’s lackadaisical response is a motion without movement.

In a released statement, signed by the national president of the Medical and Health Workers Union of Nigeria (MHWUN), Biobelemoye Josiah and Auwala Kiwaya, the acting secretary-general, the Union posited that the responses of the government to the demands of these academic unions have been immensely disheartening. Illustrating it to be one of a “motion without movement”. The lackadaisical actions and inactions of the federal government continues to defer the dreams of numerous young Nigerians who are now trapped within a complacent system.

In this statement, the union further asserted that it was the immense irresponsibility on the part of the government to see to an indefinite closure of tertiary institutions due to the staff demanding for better funding for these institutions and a better welfare for teaching, adding that it is only important for the federal government to meet the demands of these unions. The medical union projected their displeasure at the government’s inaction, noting that their worry over this development because while the academic future of many youths are being deferred, the political heads have their children studying abroad, without any form of deferment.

The negative impact of this strike on students’ future can not be quantified.

The union further asserted that the negative impact of this indefinite strike on the students’ future can absolutely not be quantified, and thus called on the general masses to help in protecting the future of numerous youths trapped within a lethargic system by calling on the government to swiftly implement the demands of the academic unions. Also, Mohammed Ibrahim, the national president of SSANU urged the academic union to be resolute in demanding for an improved ambience for learning.

We understand strike is a way of getting the government’s attention. Buh the FG really don’t care. They’ve proven to be useless. The health sector need to fight for what they want. Unfortunately, the masses would be at the receiving end. No sane government should be messing with its health sector.

Sadly, things are getting out of hand every day.

When the system is not working, nothing will work. And strike is the only way our government reckons with.

If the health sectors embark on strike, the adverse effect will be devastating.

Strike is one of weapon to fight for their right but if they strike people live will be neglect and people will suffer is health sector strike. So government should attend to the health sector and sort it out rather than letting them strike

Striking is not the way forward they should lrarn from asuu that. He has been on strike since, and nothing happened

It makes me so sad hearing that the health sector also want to embark on strike, ailed people life too are now at risk. The Buhari-led government have failed at this promise.

Jeopardizing the future and delaying the education session of numerous youths was outrageous enough to also hear that the government is also falling on the health sector part which was supposed to be prioritize. Nigeria needs solution.

It is impossible to put a number on how detrimental this strike will be to the students’ futures; as a result, we are appealing to the government for assistance in preventing irreparable harm to the ends of a large number of young people.

whats really working in this country,, Government wants every sector to be crippled…this is unbearable government should stop toying with the citizenry,health sector in solidarity with ASUU …..drama will soon unfold

Nigeria today should be united like this story here. ASUU should be supported by this other organizations to grab the attention of the govt. The ASUU strike is been going on far too long for the govt not to resolute.

Our health employees are suffering since allowances to staff, and minimum salaries have not been paid, and we have neglected to pay the minimum wage.

Well, this Government dosn’t care about anything in the country, the fact is that they are seeing their money and their children are not based here. Their Schooling abroad and they run their health treatment abroad. So they don’t care about the strike.

Health workers should please pity us o because if they go on strike, who will treat and take care of us. The government should settle them fast.

Numerous young Nigerians, who are currently enmeshed in a complacent system, continue to have their ambitions put on hold as a result of the negligent acts and inactions of the federal government, which continues to be negligent.

A dispute over the method of payment for university lecturers has led to a walkout by the ASUU, and while students still hold out hope that the situation will be resolved, health care professionals are considering joining the strike, which is a good sign of togetherness

Nigeria government officials wouldn’t care much if all the government parastatals go on strike because their children don’t go to public school also they don’t use government health institutions but it is very bad and really cause for concern to all citizens.The federal should do the needful before it is too late.

If health workers go on strike too, it is very justified because their children and families have not been able to go to school and the government job is not really paying them.

Health workers being readily available to work at all times is paramount. If not, many Nigerians will die, and we don’t want to witness that.

They won’t be taken seriously by the administration unless and until the healthcare workers actually go on strike. I don’t see why it is so impossible for them to look out for the well-being of the people who work in the health care industry.

Because it is one of the most vital areas of the economy and should be given the highest attention, no reasonable administration should ever interfere with their country’s health system.

How can a government just allow the students to sit at home for the pass five months without proffering solution to the lingering industrial action by ASSU. Now the medical institution are joining in the strike. This shows that our government is insensitive to the plight of her citizenry.

This is a country that a sitting government careless about the masses. For the pass five months now the students have been sitting at home doing nothing because the ASUU’s industrial action. Now the health workers are now threatening solidarity strike. It is a shame to our government who couldn’t resolve this strike issue even up till now.

The strike is a very effective means that individuals can use to fight for their rights; nevertheless, if they strike, the lives of other people will be impacted, and they themselves will have to deal with the consequences.