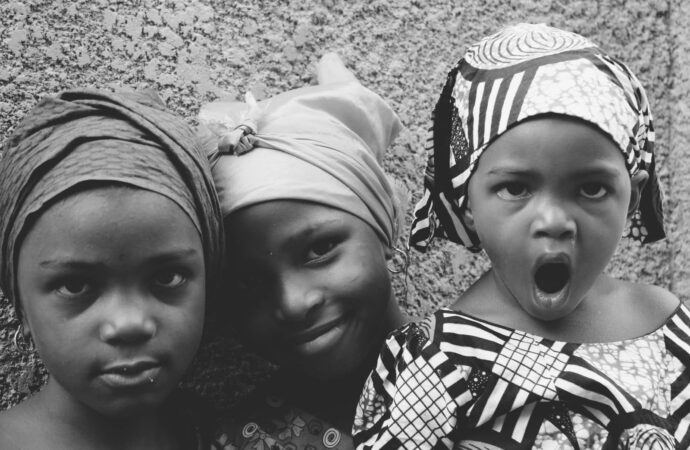 In Nigeria, there has been an increase in the rate of out-of-school children and even though primary education is mostly free and accessible, statistics illustrates Nigeria has the highest cases of truancy in Sub-Saharan Africa. Reports also show that one in every five out-of-school children in the world resides in Nigeria. Describing this dilemma, The Minister of State Education (resigned Apr 2022), Chukwuemeka Nwajiuba, once stated that the present challenge that has hugely affected the country’s educational system has been characterized by level of illiteracy, as well as infrastructural underdevelopment.

Recent data by the United Nations International Children’s Emergency Fund (UNICEF) estimates Nigeria’s out-of-school children at over 18 million. This figure which has grown extremely from last year’s 10.5 million shows the recurrent deterioration that has overwhelmed the educational sector in Nigeria. It is however important to note that some factors like poverty and recurring attacks on schools in the north have played a poignant role in the overly increased level of truancy that the educational system faces.

The federal government aims at a 70 percent decrease in the truancy rate.

UNICEF claims that since December 2020, the mass violence and kidnappings have forced numerous children to be absent, as well as Child’s marriage and early pregnancy, especially in the north. The federal government of Nigeria has however set out plans to drastically reduce the out-of-school/truancy rate that has ravaged the country. This plan is aimed at seeing to a 70 percent decrease in the truancy level and this means, a scheme to lift over 12 million children off the streets and take them back to school. This will see to improving the literacy rate in the country.

This was disclosed by Ms. Yosola Akinbi, the Senior Special Adviser to the Vice President on Economic Matters. She asserted that the federal government has been heavily invested in curbing the problem of truancy in the country and enhancing the educational status quo by imminently integrating the out-of-school children back into the classrooms. She added that the government’s focus, as envisioned in terms of target is to cut down the truancy rate by 70 percent.

The plan is also aimed at focusing on doubling female enrollment.

The senior special adviser declared that one of the federal government’s plan in decreasing the out-of-school rate is by doubling the primary school enrollment that will see it increase from 46 percent to 90 percent, and the secondary school enrollment, from 40 percent to 80 percent. She maintained that there was a vision page set by the government. This vision page will serve as a guide, directing the government’s vision in the right path.

Akinbi stated that the plan was also aimed at focusing on the doubling of female enrollment. According to UNICEF’s report, females make up over 60 percent of the 18.5 million out-of-school children in Nigeria. This is as a result of the insistent cases of kidnaps that have harmed children education, especially females; where terrorist groups have been responsible for the abduction of over 200 schoolgirls in Chibok, as well as other mass abduction. Outside reintegrating these out-of-school children, she further asserted the importance of improving the level of education, declaring that the government was also working to improve the teachers’ education.

FG to produce 24 million educated Nigerians in the labour market by 2030.

However, she stated her optimism at a huge increase in the productivity level, projecting an increase to 55 percent by 2030. She further declared that the federal government’s optimism at producing 24 million healthy, educated and efficient Nigerians in the labor market. She noted that this plan by the federal government was the right way forward in the improvement of our labour market, as more educated and productive individuals will be saddled with controlling it efficiently.

They should do all their best to ensure they put a stop to the truancy rate. The youths are the future of tomorrow. We need to invest in them now, so they can be productive in the future. Alot of children are out of school and that’s really bad. We need to get them educated by all means. Literacy is important in a society, so far the society is ready to thrive and grow and meet up standards internationally.

The federal government should continue trying their best to reduce truancy rate, people need to be educate many children are out of school which they need to get back to school for the usefulness of their future. Educate and productive individual will be produce and tob improve the labor market

The Nigeria government do not have anything for education I’m just so annoyed now with the deplorable rate of educational sector I fear for the youth of tomorrow.

The truancy rate in Nigeria is really on the high side.

Especially on the northern side, one of the factors that give rise to this is the lack of birth control and poverty.

The government should work more in partnership with UNICEF to reduce the number of out-of-school children.

For the government to integrate the out of school children there is much to be done by providing infrastructure and security for the children so as to secure a better life and be useful to the country in the future. If this can be achieved it will really increase the rate of literacy in the country.

Nigeria government has done nothing but little to change this syndrome of out of school youths. Buhari government has failed the youths and makes it difficult to educate them. Insecurity level is at the highest in Nigeria today. The ASUU strike is ongoing and no end in the near future. This government should pack and go!

The big scandal in our security issue is really affecting the educational level and standard in this country, parents are afraid to take there children to school in fear of them getting kidnapped or bombed. Government needs to set things right on this before embarking on reducing the truancy rate.

This is brilliant because it will help increase child literacy in the country and that is something that will make the country move forward.

Our federal government who couldn’t solve ASUU strike how will they be able to actually this vision? I pray this should be realistic and it should be evenly spread throughout the country. The almerjiris in the north should be included in the scheme. The government should make education totally free just like it was in their days.

According to all the enrolment statistics of school age children in Nigeria especially girl child almost 40 to 45% of this children are not enroll and the authority really need to do something critical to improve on it.Because it can lead to all sort of social vices.

The federal government should also include in their plan how they can reduce poverty as they are planning to implement scheme that will ensure that children go to school. These factors are responsible for the present situation that the country found herself in now. If 85% of Nigerian are educated and poverty is reduced through various government schemes then Nigeria will be a better place. The factors mentioned above gave birth to insecurity, terrorism etc.

The implementation of this plan will get a significant number of children off the streets and back into the classroom. This will contribute to an increase in the percentage of people in the country who can read and write.

There has been a rise in the number of children who are not enrolled in school; the concept that was proposed by the government to address this problem will go a long way toward assisting these children.

North has the highest number of truancy rate in Nigeria. The major problem of this country is poverty. If the standard of living in the country is good. Definitely A lot of parents will be able to send their children to school.

The federal government should keep making every effort to lower the truancy rate because individuals need to be educated and many youngsters need to return to school for the benefit of their future.

First time they will do something good in a while, it is good as they ate working on reducing the illiteracy rate in the country, this will help us grow as a nation.

Individuals who are more educated and more productive will be in charge of managing our resources in an effective manner, which will lead to the improvement of our nation.

This will be a massive boost for our educational sector and will allow our standard of education to massively improve ams be a bit recognized and respected in the global scene.

The truancy rate in Nigeria is high
FG should do all their best to ensure they put a stop to the truancy rate. As we know, the youths are the future of tomorrow…
The govt should also work in hand in hand with Non organizations.. e.g UNICEF to reduce the number of out-of-school children. it will increase the rate of literacy in the country.

This will be a good improvement because the number of illiterates in this country is way more than literates. Hopefully this new plan works out.

This plan should be actively carried out in the northern part of Nigeria, that’s where we have the least number of educated people.

I’m glad the government are making this plan but even after this kids leave secondary school how sure are the government that they won’t face frequent strike issues. The government should endeavor to solve the problems at hand while making new plans.

This will be a perfect plan if after getting educated these kids will get good jobs. It’s not just about reducing truancy rate, it’s also about reducing the unemployment rate.