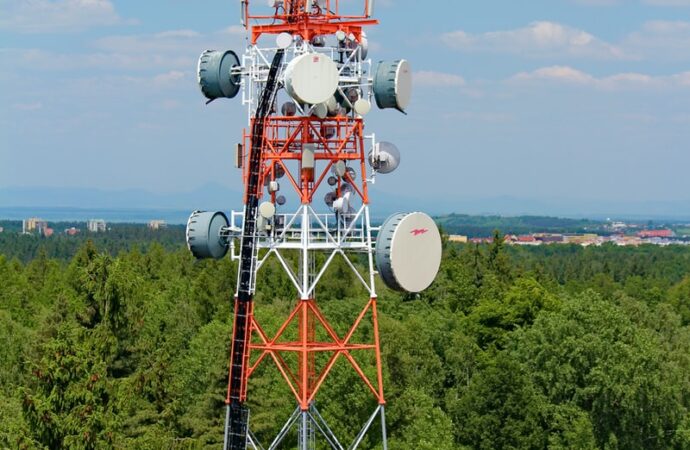 FG considers on imposing 5% excise duty on call, text and data on subscribers.

Subscribers of telecommunication services in Nigeria may need to brace in the coming days as the Federal Government has concluded plans pursuant to the Finance Act, which was signed by President Muhammadu Buhari in 2020, to impose a five per cent excise duty on all telecommunications services in the country, ranging from calls to SMS and data services. The major stakeholders in the industry – the Association of Licensed Telecoms Operators of Nigeria (ALTON), the Association of Telecommunications Companies of Nigeria (ATCON), and the National Association of Telecoms Subscribers (NATCOMS) – have opposed the move.

These associations described the imposition as anti-people, provocative, strange, insensitive, and irresponsible. They made this known on July 28th, 2022 at a stakeholders’ forum organized by the Nigerian Communications Commission (NCC) in Abuja on the proposed implementation of the excise duty on all telecommunication services in Nigeria. The associations argued that the proposed tax would aggravate the suffering of Nigerians who had already been pushed into hardship and extreme poverty. The new excise duty imposition is part of the new Finance Act which was signed into law by Buhari in 2020.

The tax is to be remitted to the Nigerian Customs Service, following the directives of President Buhari to enforce the law on all telecom providers in the country as well as on all local and foreign goods and services. The Minister of Finance, Budget and Planning, Zainab Ahmed, urged stakeholders during her presentation at the forum to support the implementation of the excise duty. She said that the decision was informed by the dwindling revenue of the Federal Government from oil and gas.

Mr. Musa Umar, Assistant Director, Tax and Policy, who represented the minister, extended her commendation for the NCC for providing the opportunity to interact with stakeholders and to welcome their inputs in the revenue-generation drive. She said that other African countries such as Malawi, Uganda, Tanzania, have keyed into this revenue-generation pattern and that it is needed to change Nigeria’s economic situation for good. “The issue of revenue is not something that needs to be shied away from. Our revenue can no longer take care of our needs as a country. Also, Nigeria is no longer making enough money in oil revenue, hence, the attention is shifting to non-oil revenue,” she said.

Others give their input as stakeholders reject the idea.

The Executive Vice Chairman of NCC, Prof. Umar Danbatta, in his welcome address, said that the forum was mandated for stakeholders to get better clarifications on the excise duty. He said, “As telecoms industry regulator, the NCC has engaged with the Federal Ministry of Finance, the Nigerian Customs Service (NCS), and consultants from World Bank to get needed clarifications. These engagements enabled us to better understand the objectives and proposed implementation mechanisms of the excise duty. Nonetheless, we consider it imperative that these implementing agencies should also meet directly with telecoms industry stakeholders to address areas of concern.” The Comptroller-General of NCS, Col. Hameed Ibrahim Ali (Rtd), revealed that telecommunications operators are expected to duly register with the service for seamless actualization of the process.

He said, “Either to pass the cost to consumer or capture it in an appropriation, the payment is to be made in arrears on the 21st of every month.” In response, the Chairman of ALTON, Engineer Gbenga Adebayo described the new tax levy as a strange move and an unusual development amidst 39 different taxes payable by the telecom operators in the country. He insisted that the new tax burden would be passed to subscribers. “We will continue to support the government,” he said, “but ALTON won’t be able to subsidize this on behalf of subscribers in addition to the 7.5% VAT, making it 12.5% payable by subscribers to the federal government. The 5% excise duty will be collected by the operators on all voice and data services including OTT and remitted to the Nigerian Customs.”

ATCON, NATCOMS and NADEF kick against the new excise duty.

The President of ATCON, Engineer Ikechukwu Nnamani, said that the proposed excise duty does not comply with the principle of taxation, fairness, certainty, convenience, and efficiency. He called on the government to step it down. He said that the FG has continued to turn a blind eye to the issue of foreign exchange and other myriads of challenges facing telecom operators in Nigeria. He warned that if such move is implemented, it will further kill more smaller companies and aggravate the suffering of the masses. In the same vein, the President of NATCOMS frowned at the government’s proposed plan and cautioned that such a move would make life more miserable for the consumers. Finally, the National Disability Empowerment Forum (NADEF), represented by Dr. Christopher Nwanoro, described the policy as adding sorrow to injury and said people with disability will be the worst hit if the policy is allowed to proceed.

So they’re taxing us on calls, texts and data again? The taxes they have been receiving where have they been going? The economy is so harsh on us and still this irresponsible government is still putting a burden of unnecessary tax on the citizens again. Can they vouch that they are not still generating revenue from other sectors?
With this tax in place now telecommunications Services will increase their services fee. The people will be the one to bear the brunt again.

Telecommunications service will high now since they want to impose more than on it. Tax is imposed on it before why increasing it, it will cost more suffer for the citizen it will be inconvenient to afford this tax should not be implement

Nigeria government just wake up and bring different laws 5percent again on data, text and other stuff despite what is still being deducted they are devising all means to make money for this coming election

Just another way of extorting the public of their hard-earned money.

Passing such a law is ridiculous without considering the current situation of the country.

All telcos should work in making Nigeria a better place.

The federal government has been planning to increase tax on telecommunication companies since two years ago because they know 60% of citizen have handset and it will boost the tax but they don’t consider the masses that the economy is not favourable and the want to inflict more hardship to the citizens.

With the current situation of deteriorated economy our government ought to be planning and executing plans to make things better for the economy not imposing new tax that will make things worst and miserable for the citizens.

Heavy taxes for telecommunications company. Another one of Buhari government to cash out. The network service in Nigeria sucks and nothing seems to help improve it. Now we consumers have to pay additional to already a very high rate. Buhari government has failed the country again.

Nigeria is a country blessed with numerous resources where revenue can be generated if managed properly and not just by imposing tax on the people that will have severe impact on them. Communication agency should really see that this severe tax is dropped.

With all the tax on every other thing this government still wants to put tax on calls and data too, na wa where are we heading to in this country

This is just extortion how can they impose 5% tax on calls, text and data. This economy is already bad as it is people can barely afford to get little things now. They should reconsider this.

Where is the Abacha loot, where are the income generated from crude oil exportation….etc. The federal government have mismanagement this funds. Now they are looking for where to generate money since our foreign reserve has dropped drastically. The best place to looking into is Telecommunication. See this will only heighten our suffering in this country rather than alleviate it.

The new tax will make life even more difficult for Nigerians, many of whom are already living in abject poverty and are struggling to make ends meet.

The federal government is just compounding our problems in this country. How can they add 5% excise duty on call, text and data on subscribers. This will only increase the rate of hardship currently been experienced in this country. Please, government should sort for other means to solve their problems rather than impose unnecessary tax on the masses.

If such a step is taken, it would result in the demise of many more local businesses and will make the plight of the general population even more dire.

This reckless government is still putting a weight of superfluous tax on the residents of the country, despite the fact that the economy is being so unkind to us. This is sad

This our government no get pity at all. How much is president, governors, ministers and all governmentals salaries and wages and allowances?They are collecting millions and the not working…. They can’t even sacrifice one month allowance to support this country that they are eating from. Now they want to impose tax on data wey no dey even reach us. What a country

It gets worse by the day. Honestly, no words.

Even without the tax call rates are high, data bundles are expensive and doesn’t even last, so with the tax I wonder what will happen?

It’s just sad that after all this taxes we pay there’s no sign of improvement in the community. If at all we get to see good signs people neighs even be eager to pay

This is bad because it will make things harder for us the citizens, I wish the government can have a rethink on this move.

I’m sure the tax sef won’t be put in a good use it’s still the useless government that will embezzle it. May God help us

The declining amount of money the federal government makes from oil and gas sales was a major factor in this decision, but they don’t have to take it out on us the citizens.

These federal government people are not doing well at all, things are already hard and now they want to make it harder for us. They don’t have any conscience at all

Imposed tax without considering the current situation of the country?
with this tax in place now telecommunications Services will increase their services fee…so annoying. Something must be done to rectify the situation, ASAP!

The government is just trying to make life hard for people. Imposing extra tax in this kind of economy is just a very wrong decision to make