Do we separate Religion and Politics? 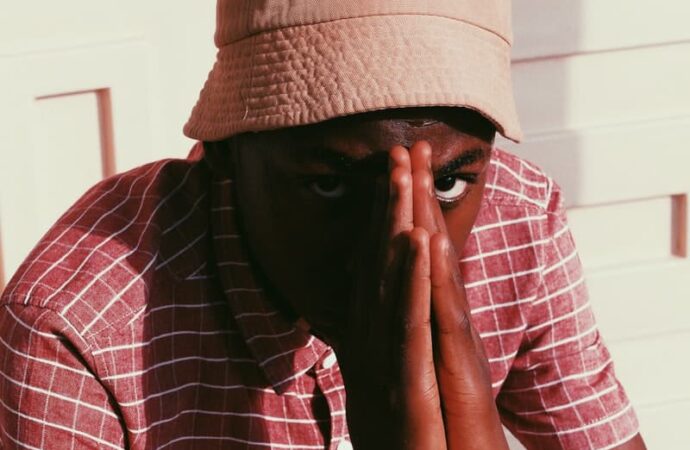 Nigeria has a delicate political structure, how do we unite our Country?

In Nigeria, identity politics plays a significant role in the country’s politics. This type of politics takes into account a person’s background, identity, and beliefs when making decisions. It can lead to a more inclusive and democratic society, or it can lead to division and conflict. Identity politics can be a positive force for inclusion and democracy, as it takes into account the diverse range of experiences and perspectives that make up a society. However, it can also be a source of division and conflict, as it can pit groups against each other.

This has led to both positive and negative outcomes, and has played a role in both promoting a more inclusive society and causing conflict and division in Nigeria. On the one hand, identity politics has helped to give a voice to groups that have traditionally been marginalized, such as women, ethnic minorities, and disability people. This has led to a more inclusive society in which people of all backgrounds can participate more. On the other hand, it’s also led to conflict and division, as different groups compete for power and resources. This can be seen in the ongoing conflict between the Fulani and the Hausa, as well as in the rise of religious extremism. The role of identity politics in Nigeria is complex, and it has both positive and negative effects.

There have been numerous instances of religious violence in Nigeria.

Some are willing to kill or go to war over religious “blasphemy.” Blasphemy is defined as the act of insulting or showing contempt or lack of reverence for a deity, or sacred things. In Nigeria, blasphemy is a serious offense that can lead to violence and even death. There have been numerous instances of religious violence in Nigeria, often stemming from allegations of blasphemy. Nigerians are highly religious people and take their faith very seriously. Blasphemy is seen as a grave offense against God and is punishable by death in many cases. There is a very high level of religious tolerance.

As we approach the next general elections, those championing for “religious equity” are coming forward with their old obsession about making sure candidates are matched up religiously. However, this is not a new issue and has been widely debated in the past. While some argue that candidates should be evenly matched in terms of religious beliefs, others believe that this would be a breach of separation between Religion and Politics.

Others believe that this would be a direct violation.

The issue of religious equity in terms of political candidates is one that has been hotly debated for many years. Some proponents of the idea that candidates should be evenly matched in terms of their religious beliefs argue that it is only fair to ensure that all voices are heard. However, others believe that this would be a direct violation of the separation of Religion and Politics. Religion and Politics should be separate, they argue, in order to protect the freedom of Religion.

Do we separate religion and politics? – Nigeria has a delicate political structure, how do we unite our Country? – Express your point of view.

We need to go back to regionalisation to resolve this political and religion crises bedeviling Nigeria. Nigeria has too many languages. It is comprises of people of different cultures and ethnicity coupled with the religious factor.
Look with sitting on a keg of gunpowder. Very soon if all these nonsense are not nip in bud Nigeria will be no more

Religion and politics should be separated. Religion is different from politic in result of blasphemy in religion people are punish for blasphemy which make religion to be respectful. About the election Nigeria people always mix religion with politics that if the president is Muslim the vice president should be christian and vice versa all this should be stop

Religion and politics shouldn’t be part and parcel of our Nigeria politics. Although the way our country is shaped, we have no choice than to include it in our local politics. This is because religion dictates and influences our believes as people in Nigeria. So, the influence is overwhelming.

We should give religion and tribal difference a break attimes. Let’s face our problems logically, and make objective decisions. I mean, see where religion has gotten us.
Bigots everywhere.

We’re not supposed to mix politics with religion at all. They are separate things because they pursue different aim

religion should be separated from politics. If we continue like this we will not get it right

It’s these northerners that are fond of doing this nonsense, they need deep orientation for them to get rid of that mindset

My people in the north has done a lot of harm to our Christian brothers just because they follow a different religion which is very bad. Hope they change

How does politics concern religion please? Because someone is from the same religion as you doesn’t mean the person is good for the job

Our society won’t grow or move forward if we keep doing this; we need to desist from the act for our own benefit

Religious and ethnic loyalties play a significant role in the formation and maintenance of Nigerian culture. These two elements have a considerable impact on the social structure and practices that are prevalent in the country.

The Nigerian culture and mindset is deeply rooted in the blood that we’ve mixed up politics with religion, and that isn’t nice.

Religious and tribalism have been deep rooted in our system in Nigeria. Tribalism should become an obsolete option in choosing who govern us cause no matter the religion or tribe all we need is someone who will lead us successful.

It is a common belief in Nigeria that religious equity should be observed and we still need to respect to keep the country uniformity intact as it has been done in the dates back.

Regardless of previous and current occurrences, Religion should be separated from politics.

It is very difficult to resolve this kinds of political conflict born out of religion and tribalism. Let us go back to regional system of government. It will go a long way to reduce conflict.

Religion should not be mistaken for Politics; they are vastly similar in many ways. Religion is practised to follow a particular belief, while Politics is to rule

In Nigeria, many people hold the notion that God is to blame for problems such as a lack of clean water and sanitation, inadequate medical treatment, excessive wealth, and high rates of maternal mortality. Nonetheless, it is essential to hold our leaders accountable for these problems to enhance the standard of living of every Nigerian.

We do a lot of things sheepishly here in this part of the world.

The politics we practice here is complicated, and its interwoven with a trait of religion, and their separation will be a long process only if we are ready for it.

But let it start from we youth. we are educated therefore let us live like one.