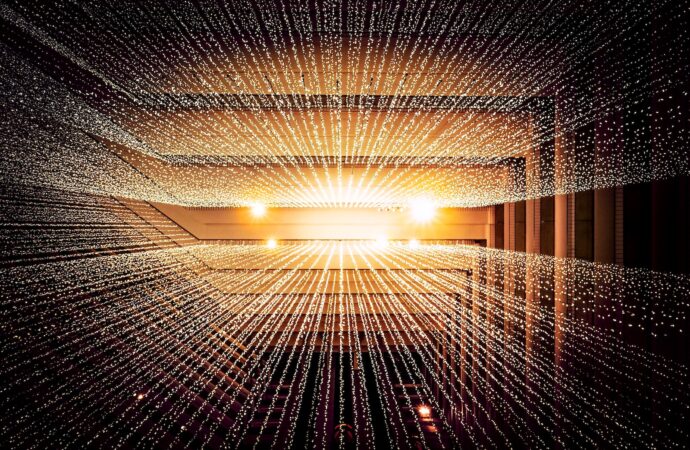 A civil society organization, Accountability Lab Nigeria, has called on the Federal Government to work with the National Assembly to ensure the passage of the Digital Rights and Freedom Bill. The CSO says that it is pertinent for the nation’s progress. The organization also asked the two arms of government to gazette the Nigerian Data Protection Regulation (NDPR) in order to make it enforceable and part of the Nigerian law. The communication manager, Mukhtar Suleiman, made the announcement yesterday September 16, 2022, in Abuja while speaking with newsmen during training for security officers from DSS, Police, NIA, NITDA, and FRSC on digital rights.

He said the law will ensure that Nigeria becomes a respectable 21st-century digitized economy and a society governed by the rule of law where the citizens are not harassed by law enforcement agencies. He noted that there have been cases where citizens have issues with security agencies stopping them and searching their phone. He said while it cannot just happen in the ambit of the law, there are limitations with the laws regarding this aspect.

The Digital Rights and Freedom Bill is intended to guard and guide today’s internet users in terms of their freedom, safeguarding their rights and protection against any form of infringement. There are also provisions against hate speech online in Nigeria. The bill intends to promote freedom of expression, assembly, and association online; data privacy rights of citizens and define the legal framework regarding surveillance; digital liberty of Nigerians, now and in the future, and equip the judiciary with the necessary legal framework to protect human rights online.

Since 2016 the bill had been in the National Assembly. It was first approved by both the House of Representatives and the Senate in 2018. However, in March 2019, President Muhammadu Buhari refused to sign the bill into law. He justified his refusal by saying that the bill ‘covers too many technical subjects and fails to address any of them extensively. This decision has been widely criticized by media rights organizations. However, the revised version of the bill has passed first reading in the House of Assembly.

If the president refused to sign the Digital Rights and Freedom Bill into law, it would not only be a missed opportunity to protect Nigerians, but it would also speak volumes about the government’s concern for the protection of its citizens. We live in a digital space right now. Our gadgets — phones, laptop, iPads, etc. — are analogous to our physical space now; invaded that privacy is just like burgling a private property. A technology lawyer Veronica Pana Igube said that the way we communicate is changing and there is a need for our rights to be protected.

She added that the goal of the training is to raise more awareness about digital rights. “We’re educating law enforcement officers about digital rights, so we’re bringing awareness for them to understand that citizens have certain rights.” Since Nigeria’s Cybercrime Act was signed into law in May 2015, politicians and public authorities have sued activists, journalists, and bloggers who criticized them on social media with cyberstalking, a section of the cybercrime law. Critics have said that there should be no law to prosecute criticism online or even offline especially in a democracy.

There is no central law on data protection in the country.

Everything has gone digital in the world s the right of such users need to be protected by been entrenched in the Constitution so the Nigerian government needs to enact the laws to protect it’s citizenry.

This is a nice initiative. We all have digital rights and that right should be protected by the law. The Nigerian Government should pass the digital bill into law. It will go a long way also in promoting intellectual property.

We are in globalization world now, Digital is very important. Government should pass the bill to protect digital right

Every country to wanted to be counted among develop nation should go digital because world is now a global village.

Digitalisation is one of the criteria using to rate any country development now a days because it has lots of benefit and even with it world is a global village.

.The right of users need to be protected. Therefore, Govt should pass the digital bill into law. It will go a long way…

More than ever before Nigerians need the FG to pass the Digital rights which is very important for growth of the country.

We can’t afford to have a society where our digital rights and freedom is not protected. Therefore FG must work towards passage of the digital rights bill and freedom which will contribute to growth and development of the country.

We live in a digital space right now this is part of our civil right. The Digital Rights Freedom Bill will protects citizens’ data against blackmails

the Digital Rights and Freedom Bill needs to be passed, and the Federal Government needs to collaborate with the National Assembly to make that happen.

The Digital Rights and Freedom Bill is intended to guard and guide today’s internet users in terms of their freedom, safeguarding their rights and protection against any form of infringement. The law will ensure that Nigeria becomes a respectable 21st-century digitized economy and a society governed by the rule of law where the citizens are not harassed by law enforcement agencies.

The law will guarantee that Nigeria develops into a respectable, digitalized economy of the twenty-first century and a society under the rule of law, free from police harassment.The bill will help to promote freedom of expression, assembly, and association online

The purpose of the Digital Rights and Freedom Bill is to protect and direct today’s internet users in terms of their freedom, rights, and defense against any type of infringement.

By defining the legal framework for monitoring and promoting data privacy rights for citizens, the bill aims to advance the right to free expression, assembly, and association online as well as Nigerians’ digital liberty.

In addition to being a missed chance to protect Nigerians, the president’s refusal to sign the Digital Rights and Freedom Bill into law would also say a lot about how concerned the government is with the safety of its citizens.

It should not simply take place within the purview of the law, as the laws governing this topic impose certain constraints on the situation.

There have been incidents in which private persons have had problems with security agencies, including being stopped and having their phones searched.

The law will make sure that Nigeria has a credible digitalized economy in the 21st century and that it becomes a society ruled by the rule of law where the citizens have their rights protected.

Nigerians’ right to digital liberty, both now and in the future, and providing the judicial system with the essential legal foundation to protect human rights online are the goals of this bill.

The goal of the Digital Rights and Freedom Bill is to protect and direct internet users in terms of the freedom they enjoy using the internet today.

Since there is no overarching data protection law in the country, it will be determined by other laws and how they define the term.