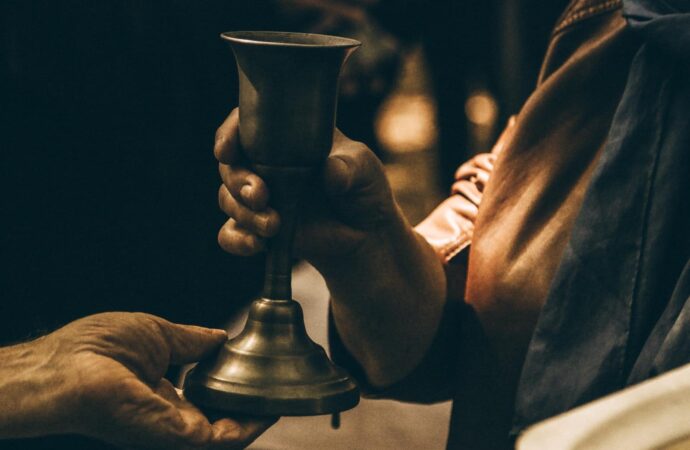 Man arrested in connection with the death of two people in Ogun State.

The Nigeria Police Force has arrested a young man in connection with the death of two people in Ogun State. The young man is believed to be connected to a cult group fight. The police are still investigating the matter and are hoping to get more information. This is a developing story, and more information is sure to come to light in the coming days.

This arrest is a significant development in the case, as the police had been looking for anyone who may have been involved in the cult group fight. The man is believed to have information that could help the police solve the case and bring those responsible for the deaths to justice. The Nigeria Police Force is hopeful that this arrest will lead to a breakthrough in the case and help bring some closure to the families of the victims.

Cults will persuade you to do things that are destructive.

A cult can be defined as a group or movement with a shared set of beliefs and practices that are considered to be outside of the mainstream. Cults typically have a charismatic leader who is looked up to by the members, and who often has some degree of control over them. The beliefs of a cult can be anything from the worship of a particular deity to the belief that the end of the world is imminent.

Cults often require a high level of commitment from their members, and may involve such things as giving up personal possessions and live in a communal setting, giving up contact with family and friends outside of the cult. They may be subjected to emotional and physical abuse, and they may be required to perform illegal or dangerous activities.

Could lead to a decrease in trade and economic activity.

The bloody fight that took place on Friday morning has been attributed to the rivalry between two groups. The violence is said to have started when one group launched a retaliation against the other. There is no denying that the clash between these two groups was the primary cause of the bloodshed. However, there are other factors that contributed to the severity of the fighting. For example, the fact that it took place on Friday morning meant that there were more people out and about, which led to casualties.

The Obafemi Owode Local Government community is a large trading hub in Ogun State, Nigeria. Many traders there refused to open shops on Friday, reportedly due to fears about the development. It is unclear what exactly they are afraid of, but it is likely that it has something to do with the recent violence in the area. This is a very troubling development, as it could lead to a decrease in trade and economic activity in the community.

Shaken the community and left many feeling unsafe.

It is understandable that many stores have not yet opened, and that everywhere is still sparse following the two killings that occurred at Adesan and Onibode junction. These killings have no doubt shaken the community and left many feeling unsafe. However, it is important to remember that such incidents are rare and that the vast majority of people are good. We must not let the actions of a few criminals dictate how we live our lives. Instead, we must come together and show that we will not be afraid.

Cult rivalry causes death of two in Ogun – Man arrested in connection with the death of two people in Ogun State. – Express your point of view.

These groups of rivalry cults are without doubt must have being fighting over dominance or supremacy, hence reasons for clashes most especially during this period that election is fast approaching.
One must dominate over an area and be feared.

I thought cultism reduced with the emergence of cyber crime

Cultism should be eradicated in Nigeria