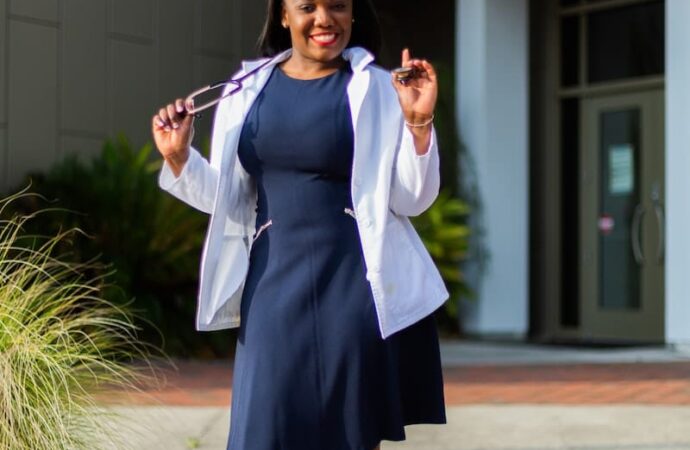 The Chukwuemeka Odumegwu Ojukwu University Teaching Hospital (COOUTH) Awka, members of the Nigerian Union of Allied Health Professionals (NUAHP) Anambra State Chapter, have been warned that they will go on an indefinite strike on November 29 if Governor Charles Soludo does not step in to meet their demand. Given the warning in Nnewi recently, the Anambra State Chairman of the NUAHP, Mr. Charles Nwoye, said that the COOUTH Chapter of the union had put off the industrial action several times because of government interventions that didn’t work. He said that the workers wouldn’t compromise anymore.

According to Mr. Nwoye, members of the union at COOUTH were being discriminated against and neglected in terms of their welfare and conditions of service. In addition to that, he mentioned that the members of the union were struggling with some human rights issues. In the first place, they had a problem with the non-regularization of several of the workers who were staff at the former general hospital, which was eventually taken over by the COOUTH during the administration of the former Governor Peter Obi.

The hospital prioritized new employees over former ones.

While the Ministry of Health still has its pre-COOUTH staff in place, the hospital’s original employees laid the groundwork for the facility. Some of the staff at the general hospital were offered the choice of leaving or staying at the teaching hospital when it was taken over. For the sake of completing the teaching hospital, some volunteered to remain. Even though the hospital has been built, the employees who contributed to its development over a long period of time have been left with the Ministry of Health’s working conditions and welfare benefits. This is different from what happens at a teaching hospital.

However, when the teaching hospital employs new staff and promotes them, the former ones are being paid by the Ministry. If a more experienced professional replaces an existing worker, the latter will be promoted because of the newcomer’s seniority. The Chairman voiced his dissatisfaction with the fact that an individual who is younger than him will be promoted ahead of someone who is supposed to be his superior. He urged Governor Soludo to step in and stabilize the situation.

Demand made by the members has not been attended to.

It was reported that Mr. Joe Akabike, the COOUTH’s Chief Medical Director, was made aware of the situation but did nothing to rectify it. Mr. Nwoye stated that the Commissioner for Health, State Government Secretary, and Deputy Governor were all aware of the union members’ demands. In the absence of Governor Soludo’s intervention, he insisted that the deadline of November 29, when the strike would start, remained sacred. He added that the patience of health workers and professionals, as well as their understanding, should not be underestimated.

Mr. Nwoye said that they have been restrained so far because they care about the patients’ lives, but if their demands aren’t met, they will be forced to go on strike. They’ve been making moves to ensure the State government has the time and space it needs to address the demands of their members, he said. One of the issues brought up by the workforce is that the Anambra State government has not yet begun paying the 2014 Consolidated Health Salary Structure adjustments (CONHESS). According to the Chairman, the State has only paid 80% of the CONHESS so far instead of the full 100% that was originally promised.

Therefore, they are appealing to the revered Governor, Professor Charles Soludo, to save the health workers who are employed at COOUTH. It’s been 24 days since the strike was originally scheduled to begin, and now they’re issuing a fresh ultimatum because the Governor still needs to act on their concerns. They changed what they were doing to make a peaceful solution possible. There was another extension, which runs out on November 29. As State Chairman, he begged the Governor to step in quickly.

It is very sadden seen health workers go on strike but this government officials doesn’t use this health facility,it shows how the government are irresponsible to there duty and this is why there is continue brain drain in the health sector across the country.

Anambra government should look for a way to ensure the Health workers don’t go on strike. Their remuneration matter should be solved as soon as possible. So the strike won’t have to start.

When dealing with individual In such context human right and upright regulations should be maintained. Also the welfare and terms of service of the worker should be positioned in a favourable way to them.

The union had postponed the industrial action multiple times due to unsuccessful interventions on the part of the administration. …and the employees refused to make any more concessions.

Its sad that at COOUTH, union members were subjected to unfair treatment and their welfare and working conditions were not given sufficient attention.

We don’t need to play with our health sector the government need to be proactive to achieve this and care for our health workers from going on strike at all times,health is wealth and we need not joke with the health of the citizenry.

To begin, there was an issue with the non-regularization of a number of the workers who had been staffed at the previous general hospital.

Workers who helped build the hospital over a long period of time are now stuck with the poor working conditions and welfare benefits provided by the Ministry of Health.

Another strike looming from the health sector. The state govt should proffer solutions to this strike… Our govt both federal and state are just self centered…this people also have people to cater for now.

It is beneficial that the Ministry continues to pay the previous employees of the teaching hospital even when they are replaced by new hires and promoted to higher positions.

The problem with their compensation needs to be resolved as quickly as is humanly possible. In order to avoid the need to begin the strike.

It’s tragic that government officials don’t seem to care that health professionals are on strike, as this demonstrates a lack of responsibility on the part of the government.

In one-on-one situations, Human rights and moral regulations should be upheld in such a setting. The employee’s well-being and working conditions should also be prioritized.

We have I don’t care government this country Nigeria. Government is just playing with the life of it citizens in this country

The situation in Anambra show the incompetence of Charles Soludo as a governor of that state. He should have responded before it degenerated into the situation that it is today.

Governor Charles Soludo is a disgrace to CBN as a formal governor and to Anambra his state. The indefinite strike about to be embark on by COOUTH health worker was the result Governor ‘s insensitivity to their plights.

The health sector us a critical one which is not supposed to go on strike as often as they have been doing. The government and necessary authorities should endeavor to look into their complaints