Boko Haram and the United Nations 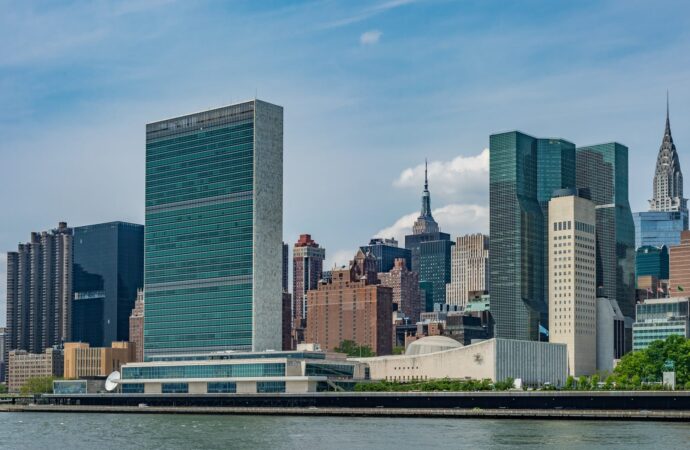 Photo by the blowup- Ask Nigeria

Will the UN take action and remove Boko Haram from Nigeria, Chad, Cameroon and Niger.

In recent years, Boko Haram has become increasingly active in Chad, carrying out a number of attacks and kidnappings in the country. In January 2016, for example, the group carried out a deadly attack on a military base in the town of Dalwa, killing 23 people. The group has also carried out a number of kidnappings in Chad, including the kidnapping of nine Chinese nationals. The reason for Boko Haram’s increased activity in Chad is not entirely clear, but it is likely that the group is seeking to expand its operations beyond Nigeria and into other countries in the region. Chad has been a key ally of Nigeria in the fight against Boko Haram, and so the group may be seeking to undermine that alliance by carrying out further atrocities.

The group has been responsible for many terrorist attacks.

In Niger, Boko Haram activities are a serious problem. The group has been responsible for many terrorist attacks in the country, and their activities have caused widespread fear and insecurity. The government has responded to the threat posed by Boko Haram by increasing security measures and by working to strengthen relationships with its neighbors. However, Boko Haram remains a serious threat to the security of Niger and its people.

Nigeria is no stranger to terrorist activities. The group Boko Haram has been wreaking havoc in the north of the country for years, with bombs, shootings, and kidnappings. The group’s name, roughly translated, means “Western education is forbidden.” Boko Haram is opposed to anything that they see as Western influence, including schooling and democracy. The group has killed thousands of people and displaced millions since it began its campaign, Boko Haram kidnapped over 200 schoolgirls from a boarding school in Chibok, sparking an international outcry. In May of that year, the Nigerian military announced that they had located the girls and had freed them, but this was later found to be untrue. The girls are still missing.

Until now, the UN response has been limited.

Is it time for the UN to launch a 4 country offensive military operation to dismantle Boko Haram once and for all? Will launching a full scale operation against Boko Haram simultaneously be possible? Until now, the UN response has been limited, though progress was made it appears that Boko Haram is still in operation in the areas the offensive was launched.