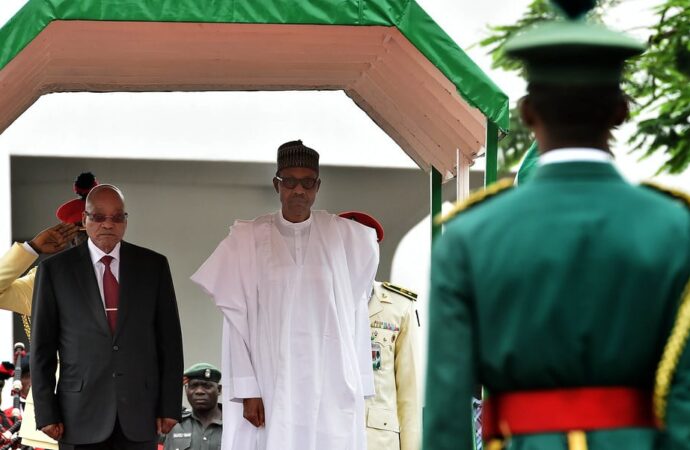 Anglican Bishop criticized the FG for negligence in fighting insurgency.

Security stands tall as a poignant factor for the socioeconomic development of every nation. The menace of insecurity continues to spread through the country like wildfire. The country is plagued with an upward surge in terrorism, cybercrimes, kidnappings, banditry amongst other extrajudicial killings that threatens the lives and properties of most citizens. In fact, the Global Terrorism Index (GTI) recently placed Nigeria as the third most insecure country in the world, only behind Iran and Afghanistan.

Presently, the country faces an unprecedented surge of different insecurity issues, as every nook and cranny is threatened by violent crimes from bandits. The recent attacks on churches have again caused a huge outcry as to the inefficiency of the federal government at containing this menace and with the prevalent rate of insecurities, the economic, social and political status quo is being affected. There have been recurring claims of loss of lives and properties, with numerous people, also displaced from their different abodes due to the federal government’s complacency at curbing this problem.

The blatant dishonesty of the federal government in the fight against insecurity.

The RT. Rev. Nneoyi Egbe, Bishop of Diocese of Calabar (Anglican Communion) is the latest to clamor about the government’s inactions towards curbing the menace of insecurity. Briefing the media during the second session of the 11th Synod of the diocese , he complained about the rampant cases of crimes that is consistently threatening the lives and properties of numerous citizens. He lamented about the blatant dishonesty of the federal government in the fight against insecurity.

Rev. Egbe, a renowned professor at the University of Calabar clamored vigorously as to the increased rate of kidnappings and extrajudicial killings, especially faced by Christians recently. He averred that men of God especially are being targeted by these criminals with the government being complacent about this unending situation. He claimed that the government has failed immensely in their duty of protecting the lives and properties of every citizens from external and internal criminal forces.

State Policing must be enacted in order to curb insecurity in the country.

Rev. Egbe asserted that if Nigeria was a working country, the individuals at the helm of government would have resigned from power due to their constant failures at performing their duties. He further stated that the country needs true federalism to commence a socioeconomic development process, as well as the enactment of state policing that can be structured to help each state curb all sorts of crimes internally. According to him, depriving Nigerians of state policing as an opportunity to curb insecurity will only stand as evidence of the government’s dishonesty at protecting the citizens’ lives and properties.

The country needs an encompassing constitution that reflects its heterogeneity.

He however described Nigeria’s democracy as a sellout due to the National Assembly’s neglect of the Electoral Offenses Bill. Passing this bill would give a weighty credibility to the imminent general election and thus, the need for the bill to be passed into law as soon as possible. He admonished the representatives at the National Assembly to be honest with the constitutional amendment process. According to him, the country needs an encompassing constitution that see to the representation the country’s plurality.

Bishop on FG’s inability to tackle insurgency – Anglican Bishop criticized the FG for negligence in fighting insurgency. – Express your point of view.

We all know the this Buhari’s led government is hesitant to tackle insurgency. The perpetrators are his fellow fulanis. His affinity with them, has rendered him helpless to act either proactively or reactively against the terrorists. We need a new government who is willing to go to the extreme to see that peace is restored back to the country.

Truth is so glaring government does not have solutions to problem of insurgency,the security state of the nation is so pathetic that one cannot but feel sorry for our dear country.. Hopefully when a new government comes on board something good can be done

I believe these bandits are courageous because they have someone in power backing them up.we should all just be praying for safety because how sure are we that the government we are lamenting to are not behind this pandemonium

Our country security is very poor and there is not much improve in it different kind of criminal are just show face like kidnapped, cyber crime, terrorist and bandit and so on
Our security in this country really need new innovation from giving good training, providing good weapon
May God help us

Insecurity is An everyday news in Nigeria. All we need right now is a good government that is willing to put the needs of the citizens first and a government that has full information about a good defense system

This country is not getting better, the rate of crimes keeps on increasing everyday. No where is safe in this country anymore, traveling from state to state is now a problem because of the fear of being kidnapped, people are even scared of going to church nowadays because of the fear of being attacked. We really need good people in government so these cases will reduce.

Nigeria has low level of insecurity. This present government have no solution to the insecurity of this country as it stands now. We have to wait till 2023 after election. Maybe the new president might help the country

The Bishop is right because our current administration has shown incompetence in their ability to tackle our security issues, and they deserve to be criticised.

The threat of instability continues to sweep across the country more like a forest fire, and the government administration is powerless to stop its expansion.

The mass killings that put the lives and possessions of the vast majority of people living in this country in danger are a tragedy, and I hope that the government can do something to help put an end to them.

He definitely has a point, the government has failed to protect the life of its citizens.

And there has been a severe attack on the church.

The government should wake up from its sleep and rectify things.

It’s quite shameful for this government. All along, it never got better. It got worse by the day. There’s basically no sector that has benefitted or been positively impacted by this government. These guys reeks of disgust

I believe these bandits are getting back ups from the people in authority and this has been giving them courage… we should just be praying for safety because how sure are we that the government we are lamenting to are not behind this pandemonium!

Buhari has failed us. From his words he said he can’t wait to leave the office is a pointer to the fact that president Buhari has lost the fight over insurgency in Nigeria. He can nolonger prevent kidnapping and the killings in Nigeria. The Northern Elders call for his resignation. That baba need to vacate that office to allow competent hands to stir the affairs of the nation.

That Baba is old let him leave that seat. What is happening right now in Nigeria is beyond his control. The whole country is nolonger secure anymore. We can’t continue like this. We need to come to our aids. The rate of bloodshed is too much.

The insurgency only gets so worst like this cause of our government negligence to counter it. We can only hope for the next government to make things right.

Because of the indifference shown by the federal government in finding a solution to this issue, a number of people have been forced out of their homes.

The fact that Nigeria is ranked as the third most insecure country in the world is heartbreaking; we need solutions asap, and may God help us.

The bishop is speaking the truth because the nation is currently dealing with an unprecedented rise of various insecurity challenges.

The country is still under threat of instability, which is spreading over the nation more like a forest fire, and the government administration is helpless to halt it.

The insurgency has gone out of hand in the country with continue attack on churches and kidnapping of men of God.The Nigeria government has seriously fail in it responsibility in providing security for life and property of all her citizen.

The recent attacks on churches have again caused a huge outcry as to the inefficiency of the federal government at containing this menace and with the prevalent rate of insecurities, the economic, social and political status quo is being affected

Insecurity level in Nigeria is very alarming. But why is the govt telling lies about the country being safe? Citizens of Nigeria are dying to exit the country daily in great numbers. Buhari govt is losing the fight against terrorism. We should call on the international body to help deliver the country from terrorists.

We require a new administration that is prepared to go to any lengths to bring order to the country because this current one is seriously lagging behind.

Our security sector in this country is very terrible right now; the government should delegate more funds and resources to it to make it better.

It is very accurate that the administration continues to be dishonest about the condition of the country’s security, conditioning statements that the environment is safe and secure. This dishonesty has persisted for quite some time, and they need to stop it.