Biker rides from London to Lagos for Polio 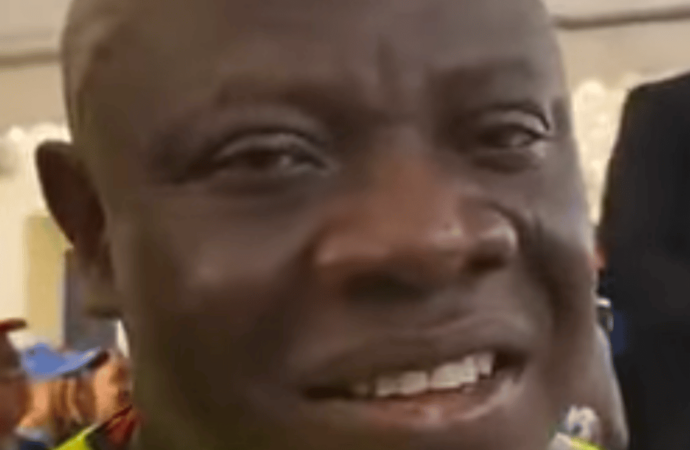 Journey was able to raise funds for people living with Polio.

Kunle Adeyanju’s 41-day trip to raise funds and awareness to fight polio in Nigeria has drawn attention and donations from around the world to support the fight against polio. Kunle was greeted by a cheering crowd when he turned off his motorbike engine at the end of his journey. Kunle’s trip has helped to raise awareness of the need to fight polio and has generated much-needed funds to support the fight against this disease. During the journey he waived a banner saying “End Polio Now”.

The 44-year-old man, began his journey in London in April and traveled through 13 countries before arriving in Nigeria. The man covered a total of 13,000 kilometers and is an incredible feat, both in terms of the distance covered and the number of countries visited. It is a testament to his determination and perseverance, as well as his physical and mental endurance. The fact that he was able to complete this journey without any major incidents is a testament to his planning and preparation. This is an inspiring story of human achievement and perseverance. It is a story that will be told for many years to come.

This is a sign of his strength and determination.

The goal of the campaign was to raise funds for the international fight against polio. Even though the disease was eradicated in 2020, it is still a threat in Nigeria. Polio is a highly contagious viral infection that primarily affects young children. The virus is spread through contact with infected bodily fluids, and can cause paralysis and even death. Although there is no cure for polio, it can be prevented through vaccination. In order to eradicate the disease completely, it is essential to continue to vaccinate children in Nigeria and other countries where the virus is still a threat.

He stated that he was very sleep-deprived because he only slept three to four hours per night. This left him feeling proud that he was able to complete the challenge just after arriving in Lagos covered in sweat. It is clear that sleep deprivation can take a toll on one’s physical and mental well-being. In this case, he was only able to get a few hours of sleep each night, which left him feeling exhausted. Despite this, he was still able to push himself and complete the challenge. This is a sign of his strength and determination.

He stopped and took selfies and captured the hearts of people.

For the final leg of his journey, he was accompanied by a dozen bikers from the Benin Republic. They were all warmly welcomed upon his return to Ikeja. The bikers provided him with a great deal of support and camaraderie, and he was very grateful for their company. It was a long and difficult journey, but ultimately it was a great success. He is now looking forward to the next phase of his journey and is excited to see what the future holds.

As he journeyed through the countries, fans nicknamed him “Lion Heart.” He posted daily pictures and comments on social media, giving them a glimpse into his adventure. His fans were captivated by his journey, and they followed his progress closely. Along the way, he stopped and took selfies and captured the hearts of people all over the world, with his courageous spirit and his willingness to explore new places.

His ultimate dream is to climb Mount Everest.

This former Shell employee invested his own funds to complete the journey, with the hopes of raising N20 Million Naira for Rotary International. During the journey he suffered a few obstacles, he was robbed of hundreds of Euros in Mauritania, and in Mali, one of his wheel rims broke. He was left standing in the middle of the night alone in a bush, not speaking the language and not knowing what to do. Instead of him suffering, locals were able to figure out what he needed and helped him to complete this journey. It has not been advised of the total he was able to raise, but he has plans for a possible cycling trip to Ghana or Israel. His ultimate dream is to climb Mount Everest.

Biker rides from London to Lagos for Polio – Journey was able to raise funds for people living with Polio. – Express your point of view.

Very brilliant idea to raise funds from him. Kudos

God bless him for his kind heart

More people like this are needed in this country

wow after so.many days of traveling and perseverance Adeyanju is in Lagos …for agreater cause…kick polio out of africa

That’s a good move, but safety is always important.

He should give us the route

That is a great achievement by Mr Kunle who has devoted his time and money to raise funds for polio. That is good

I’ve been seeing this all over social media… how true is this??

This is incredible. I’m sure there must be a significant increase in the awareness of polio now. Hence, the acceptance of its vaccine. He has dine a great be job; highly commendable.