Bank Note mutilation is a crime 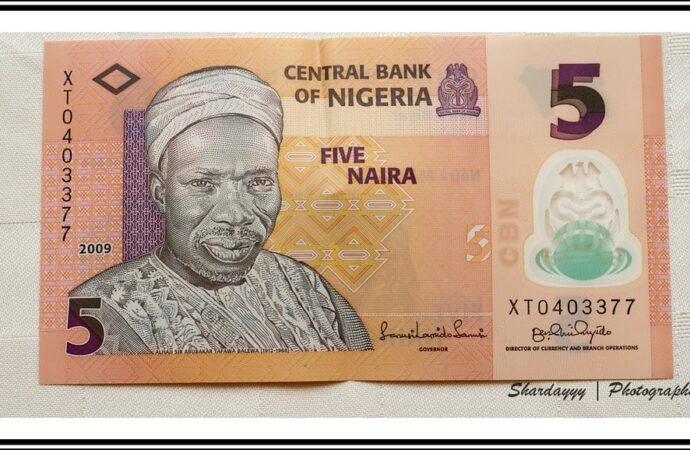 A chinese national that was convicted of currency mutilation gets 2 years.

The Central Bank of Nigeria’s (CBN) Clean Notes Policy was introduced in 2007 in an effort to improve the quality of the country’s currency. The policy requires that all notes must be clean, free of dirt and debris, and free of any markings that would make them difficult to read. This includes any writing, drawing, or stamping on the notes.

Notes that do not meet these standards will be replaced with new notes. The policy has been successful in improving the quality of Nigeria’s currency, and has helped to reduce the amount of counterfeit notes in circulation. It has also helped to make it easier for people to read and use the country’s currency.

These activities have a negative impact on the Nigerian economy.

The abuse of the Naira is a punishable offense in Nigeria. This refers to any illegal activity involving the use or exchange of the country’s currency. Examples of such exchanges include money laundering, counterfeiting, and black market trading. These activities can have a negative impact on the Nigerian economy, so the government has put laws in place to prevent them.

The act of defacing currency, which can include spraying, writing, stamping, tearing, soiling, and mutilation, is a clear attempt to devalue the currency and undermine public trust in the government. This act is often done in an attempt to send a message of protest or to make a political statement. In some cases, the defacing of currency may also be done in an effort to destroy the currency so that it can no longer be used. Regardless of the motive, defacing currency is a serious offense that can lead to steep fines and even imprisonment.

This act of vandalism is a serious offense in Nigeria.

The Economic and Financial Crimes Commission (EFCC) in Nigeria has announced that a Chinese national, Mr. Li Lei Lei, had been arrested and charged with currency mutilation. It is alleged that Mr. Li, became angered when Nigerian immigration officials searched his luggage for drugs at the international airport in Lagos, and during the search he tore up N3,200 naira in banknotes. This act of vandalism is a serious offense in Nigeria and Mr. Li now faces fines and/or jail time for damaging Nigerian currency.

The Chinese national was sentenced to 2 years in prison by a Nigerian court after being convicted of damaging local banknotes. He was arrested and charged with criminal damage to property. He pleaded guilty to the charges against him and was sentenced to 24 months in prison. He will be deported back to China once he has served his sentence. This case highlights the need for foreigners to be aware of local laws and customs when travelling to another country.

Currency mutilation is a standard law in most countries.

The defendant, Mr. Li, has the option of serving 2 years in prison or paying a fine of N200,000. If Mr. Li chooses to pay the fine, they must do so within the specified time period, but if Mr. Li fails to pay the fine, he will be required to serve the sentence in prison. This is a strong warning to anyone that wishes to travel abroad, learn about local laws for any places you visit, they change from region to region and state to state. Currency mutilation is a standard illegal offence that most countries follow internationally.

Bank Note mutilation is a crime – A chinese national that was convicted of currency mutilation gets 2 years. – Express your point of view.

At least if every other system is failing in the country one should work na, this is very good from our judiciary system but can they maintain this and keep it up ? That’s the problem

Wow a Nigerian court sentenced to a foreign national?? I am shocked 😳. That’s a good sign of more good things to call but they shouldn’t have granted bail sef

It a good move and awayforward

A lot of us are guilty of this, we squeeze the currency note in our hands all the time many needs deep proper orientation on this

Other countries have been doing this for a long time.

I hope this will bring a reformation

It’s our market women that does this a lot, they should be educated and informed on things like this

Unfortunately, our currency is an essential part of our national heritage, and Nigerians aren’t particularly concerned about handling it, which is a shame.

Nigerians don’t really care about handling of our currency and which is very bad because our currency is part of our identity and government spend lots of money in printing the currency.The government officials are also part of it.

A lot of our people do deface our currency without been penalize. Things should be regulated internally at first that will make alot of people respect the currency.

It is very appaling for Nigerians to mutilate the naira. We don’t value our national currency which is one of the national symbols that depicts our national identity. I hope that changes soon.

When i heqrd the news I was so surprised because here in Nigeria abuse of naira is a normal thing you see it been squeezed and written on it as if it is a note.If people can face more consequences there will be changes

This action of mutilating currency is really common among us which is very bad. Government should put more pressure on passing the law on Nigeria citizens engaging in this kind of act as it will serve much more as a warning to foreigners and add more value and respect to our currency

The naira itself has no value so why do they care so much if it’s defaced o or not. They should focus on more pressing matters