Alliance to end AIDS in children by 2030 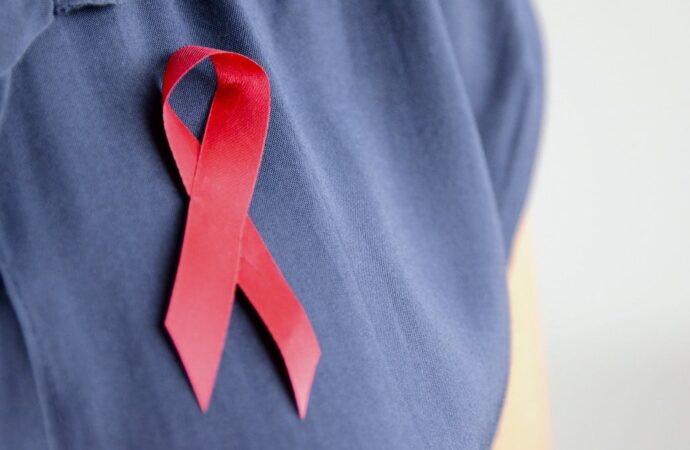 UNAIDS, UNICEF, WHO, and partners organized a global alliance to save children.

The World Health Organization (WHO) revealed on the August 2nd, 2022, in a joint news release with The Joint United Nations Programme on HIV/AIDS and United Nations Children’s Fund (UNICEF), that Nigeria has joined an alliance that aims at ending AIDS in children globally, by the year 2030. According to WHO, the alliance is aimed at making sure that HIV infected children receive proper treatment, without denial, by the end of 2030, and the prevention of new infant HIV infections at the same time.

According to global records, approximately 1.7 million children below the age of 15 are living with HIV. The transmission of HIV in children is originated from their parent at birth. The child could get exposed to the virus while in the womb, during the process of childbirth, or when breastfeeding. The virus causes harm to the immune system, destructing the ability of the body to fight infections and a few types of cancer.

HIV infected children are at higher risks of other infections.

Furthermore, given that children do not have fully developed immune systems, they become ill after being infected with the HIV virus, and it gets severe when they contract common pediatric infections. Their inability to fight disease causing microbes efficiently, put them at risk of other infections such as ear infections, sinus infections, intestinal illness, skin disease, pneumonia, sepsis (a severe blood infection), meningitis (inflammation of the membrane that covers the brain and spinal cord), and a likelihood of developing cancer; they also usually tend to have a less positive look.

The standard and recommended treatment for HIV is ART. It is recommended by practitioners for people of all ages, adults and children. Early treatment is also advocated by experts, because it helps children live a longer and healthier life. Children who are too young to swallow a pill are prescribed the liquid form of ART by doctors. Also, health experts recommend that infants who contract the virus in the womb get the ART treatment with urgency to prevent death.

The global alliance will be active for the next eight years.

The alliance, tagged “Global Alliance for Ending AIDS in Children by 2030” was birthed to build HIV-free lives for children and as a result of the deep concern about the huge gap between the percentage of children and adults with HIV. The global alliance is therefore brought together by UNAIDS, UNICEF, WHO, and partners to see to it that by the end of 2030, no child infected with HIV is denied treatment, and to ensure the prevention of new infant HIV infections.

The newly organized global alliance will be active for the next eight years, that is, until 2030. It will run with the sole aim of achieving the amendment of a very visible disparity in the AIDS response. Members of the alliance are in one accord as to the belief that the challenge, which is the reason for the organization of the alliance, is surmountable through partnership. The Director-General of the WHO, Tedros Ghebreyesus, in relation to the issue on ground, stated that “No child should be born with or grow up with HIV, and no child with HIV should go without treatment.”

The alliance is an opportunity to renew commitment to children.

In addition, the Global Alliance to End AIDS in Children is considered as a chance to rebuild nations’ commitment to children, aid unity with their families, to speak and to act in accordance with the reason of the alliance and in solidarity with every mother, child, and adolescent. The Nigerian Minister of Health, Osagie Enahire, added that there will be a change in the lives of children that lack treatment, by establishing systems to cater for the needs of children living with HIV.

Alliance to end AIDS in children by 2030 – UNIADS, UNICEF, WHO, and partners organised a global alliance to save children. – Express your point of view.

Alliance to end AIDS in children by 2030 – UNIADS, UNICEF, WHO, and partners organised a global alliance to save children. – Express your point of view.

I’m very optimistic that this is possible. UNICEF will have to work in conjunction with required civil societies and non governmental organization and also the government to ensure we can eradicate AIDS in all children before 2030. The government should also support them by ensuring the necessary funds needed are allocated. We should also do our own part to ensure these children are not stigmatized.

The organization’s alliance has a viable mission with good prospects. Giving children with AIDS who may feel inferior quality healthcare and treatment will make them happy and integrate into society. With the alliance purpose, counts of AIDS in children and infants can be mitigated.

This organization is doing well and these are the types of things that we need them to be doing because it will help the growth and sustainability of the children.

Because I know that children can’t catch AIDS through sexual contact, the child’s only chance of contracting the virus would be if the mother carried it while she was pregnant, gave birth to it, or breastfed it.

Children’s immune systems are not fully matured, they become ill after being infected with the HIV virus, and the illness becomes more severe when they contract typical paediatric diseases.

This joint force by all these organization in order to help put an end to children leaving with Aids is a good decision at the right time,allthese children are leaders of tomorrow so if there is any chance of them having a good health why not…Let it be given to them.

The proposed by these organizations are of good prospects and intentions. Nice!
The government on it part should also support them by ensuring the necessary funds and needs are provided and well allocated.

The rate at which innocent children die because of AIDs is overwhelming, the WHO should work on this ART to reduce the rate of death of children because of AIDS

It’s sad that these innocent kids end up in this kind of situation. I’m happy to get that UNICEF, UNIAID and WHO are working towards ending AIDs in children.

This is a very good move. A lot of children need this support. Many children die because of hiv/aids. They should be support by all the government of the world

This is a brilliant idea, this will save a whole lot of children from dying young. I hope this will work out .

Impressive initiative. This would save the lifes of a lot of children.

It is imperative that antiretroviral therapy (ART) be administered as soon as possible to infants who have already contracted the virus when they were still in the womb, to make them live

This is a fantastic thing, and I like the way they are operated with the express objective of achieving the rectification of a very evident disparity in how AIDS is being responded to.

By putting in place structures that can meet the requirements of HIV-positive children who are living in the community, the lives of children who do not have access to treatment will be improved. This is good

Everyone, including adults and children, should make an effort to receive early treatment since it enables children to enjoy a life that is both longer and healthier.

Jointing of the alliance to end aids in children by 2030 is a good move by our government. It will further reduce child mortality in our country.

That is great. I strongly believe in the project and I hope that the alliance to end AIDS in children by 2030 will be a reality.

If WHO can work well on the eradication of HIV it will very fine because the disease is still rampant in some developing countries with low awareness and low enlightenment.