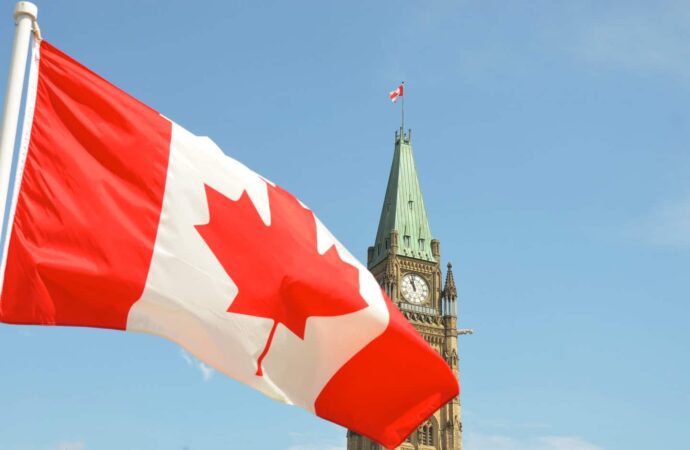 We are celebrating the 60th anniversary of diplomatic relations with Canada.

Canada is the largest country in North America, from the Atlantic to the Pacific ocean, and into the Arctic. It is the world’s second-largest country by total area, and its population of about 36 million people is diverse, comprising people of many different ethnic, cultural, and linguistic backgrounds. Canada’s ten provinces and three territories are each unique, with their own history, culture, and natural features. The provinces in the west are Alberta, British Columbia, Saskatchewan, Central provinces are Manitoba and Ontario, Prince Edward Island, Quebec, and lastly, New Brunswick, Newfoundland and Labrador, Nova Scotia are in the Country’s east. The territories are the Nunavut, Yukon and Northwest Territories.

Indigenous peoples have been living in Canada for thousands of years, and the country has been continuously inhabited since. The British and French explored and settled on the Atlantic coast in the 16th century, and as a result of various armed conflicts, France ceded nearly all of its colonies in North America in 1763. With the union of three British North American colonies in 1867, Canada was formed as a federal dominion.

In Canada the Prime Minister is the leader of the government.

Canada’s autonomy from the United Kingdom was gradually widened over time, culminating in the Canada Act 1982 which severed all legal ties between the two countries. The Canadian Constitution was born, which was accomplished by the Trudeau government. The Canada Act 1982 is significant because it represents the final step in the process of Canada becoming a fully independent nation. It is also noteworthy as a rare example of unilateral action by the British Parliament, which was motivated by a desire to protect the special relationship between the two countries.

The country’s strong sense of community.

This great nation is consistently ranked as one of the best places in the world to live. The country ranks high in international measurements of government transparency, civil liberties, quality of life, economic, freedom, and education. Canada is also officially bilingual at the federal level, with English and/or French being the two official languages. This bilingualism is a reflection of Canada’s multicultural heritage, and it contributes to the country’s strong sense of community.

There is a reason Canada is a country with a rich history and culture, the result of large-scale immigration from many parts of the world. The relationship between Canada and the United States has had a significant impact on the Canadian economy and culture. The two countries are each other’s largest trading partners, and their economies are deeply integrated. Canada’s culture has been strongly influenced by American popular culture, and Canadian popular culture has in turn had a significant impact on American culture. Canadian culture has also been influenced by British and French culture, as well as by the cultures of the many immigrants who have come to Canada over the years. The Canadian economy has been greatly influenced by the United States, the two countries are each other’s largest trading partners.

The Canadian Economy is strong.

They are a highly developed country with the 24th highest nominal per capita income globally and a well-developed international trade network. Canada is a member of several major international and intergovernmental institutions or groupings, including the United Nations, NATO, the G7, the Group of Ten, and the G20. The country has a diversified economy, with sectors including services, manufacturing, and agriculture. Canada is a major exporter of goods, with exports totaling over $600 billion in 2019. The country’s largest export markets are the United States, China, and Mexico. Canada is also a major importer. The Nigerian government should open trade talks with Canada on all fronts. Canada, is considered one of the most desirable countries to live in, there are many Nigerian citizens who would love to relocate there. One of the contributing factors is that Canada as a country promotes freedom of Speech, Liberty, Beliefs, Culture, Religion and also protects the Rights of every individual. The benefit for Nigeria to trade with Canada is highly significant to creating great economic growth for our nation. We celebrate 60 years of relations with Canada, who is arguably the champion of government transparency.