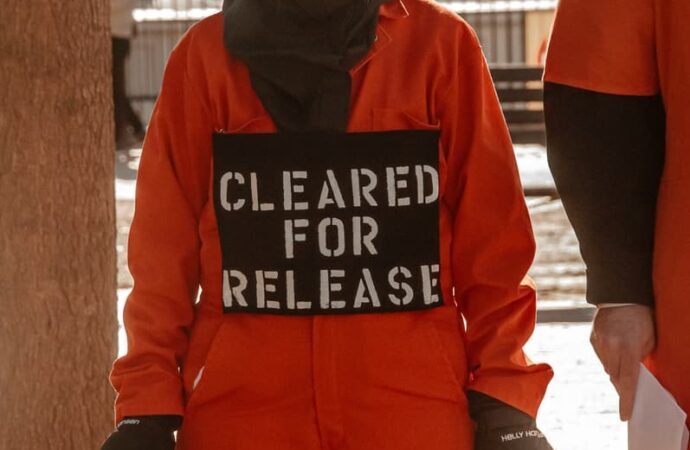 From the darkside to the light, why Nigerians are fleeing Boko Haram.

The Nigerian military has announced that at least 51,000 Boko Haram terrorists and their families have surrendered to troops serving in the North East. This is a significant development in the fight against terrorism in Nigeria, and will hopefully lead to greater stability in the region. Boko Haram is a terrorist group that has been active in Nigeria for many years. They are responsible for many attacks and killings, and have caused a great deal of instability in the region. The group has been fighting against the Nigerian government, and their ultimate goal is to establish an Islamic state in Nigeria. The fact that so many Boko Haram terrorists have surrendered is a hopeful sign that the group is weakening.

The terrorists surrendered because they were tired of fighting the troops, according to Major General Chris Musa. The insurgents and their families feared being killed for disloyalty by their leaders, so they delayed their surrender to the military. This is a common occurrence in warfare, where one side is simply too exhausted to continue fighting. The other side may also be reluctant to surrender, fearing reprisals from their own commanders. In this case, the terrorists eventually decided that it was better to give up than to keep fighting and risking their lives.

Tired of living in the camps and want to return to a normal lifestyle.

After the death of Abubakar Shekau, there was a leadership struggle within the terrorist camp, which then led to their surrender to the military. This death created a power vacuum within the organization which various factions within the group fought to fill. This internal conflict weakened the group, making them more vulnerable to military action. In the end, the terrorists surrendered to the Nigerian military, effectively reducing the terrorist threat in the region.

The surrendering process began in July 2021 and continues to present day. The commitment level shown by those remaining in the camps is noteworthy, and begs the question of why they continue to surrender. One possible explanation is that they believe that by doing so, they will be able to improve their chances of survival. Additionally, they may believe that surrendering will lead to better treatment by the authorities. However, it is also possible that they are simply tired of living in the camps and want to return to a normal lifestyle. Whatever the reasons, the fact that they are continuing to surrender is a testament to their strength and determination of Nigerian forces.

Geneva Conventions standards for the treatment of POW’s.

The death of Shekau represents a major shift in the power dynamic of the region. For years, Shekau ruled with an iron fist, oppressing anyone who dared to challenge his authority. His brutal tactics kept many people in line, but also resulted in a lot of innocent deaths. Now that he is gone, there is a chance for those who were previously oppressed to escape his regime and find safety. This is a major opportunity for the people of the region, and it will be interesting to see how they take advantage of it.

The laws of war dictate that once your enemies have surrendered, you are obligated to accept them and treat them humanely until the legal process has run its course. This means that the military is not pampering the repentant persons who played various roles in the over-decade-long insurgency that claimed thousands of lives, according to Musa. The military is instead providing them with the bare minimum of what is required in order to keep them alive and healthy until they can be reintroduced into society. This is in accordance with the Geneva Conventions, which set out the standards for the humane treatment of prisoners of war.

The Nigerian government is working to sort out these individuals.

These fighters are a mixture of those who were enslaved by Boko Haram, those who were born into the group, and those who were conscripted into it. The Nigerian government is working to sort out these individuals and then let the legal system take its course. This process is gradual, and it is important to ensure that all of the individuals involved are given a fair chance to have their cases heard.

This issue if surrendering can they be really integrated back to the society,

Our soldiers are working

I hope this is not a way attacking Nigerians