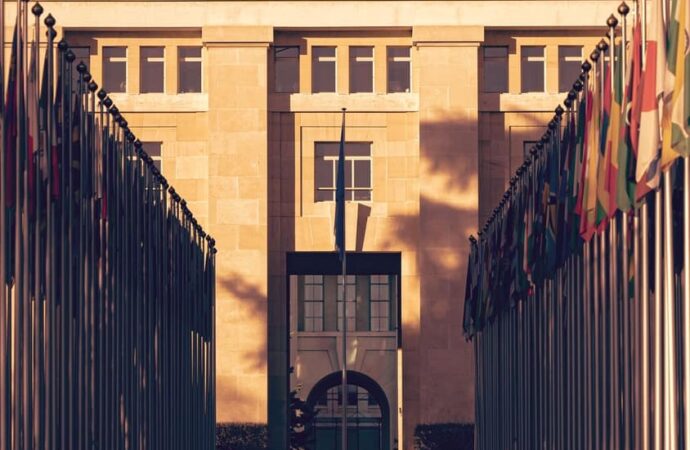 Even with this high goal, it will only reach a quarter of the people in need of assistance.

The UN has appealed for a $1 billion donation to provide urgent assistance to over 5 million people in need. This appeal was made by UN interim resident and humanitarian coordinator in Nigeria Matthias Schmale on Wednesday at the presentation of the 2022 Humanitarian Response Plan for North-East Nigeria. This appeal will be used to provide food, shelter, and other vital support to those affected by conflict, displacement, and natural disasters.

The ongoing insurgency crisis in North-east Nigeria is expected to leave over a million children malnourished in the coming years. This is a major issue that we need to address. There are many things we can do to help these children, including providing them with food and medical care. We should also work to create stability in the region so that these children can return to their homes and live normal lives.

Conflict has led to a shortage of food and medical supplies.

Nigeria is currently experiencing a severe food crisis, with over 20 million people in need of assistance. The crisis has been caused by a number of factors, including climate change, political instability, and the Boko Haram insurgency. The situation is particularly dire in the northeast of the country, where Boko Haram has been active and the government has been unable to provide adequate assistance.

The UN has recently released a report stating that there will be approximately 4 million people in the Borno, Adamawa, and Yobe (BAY) States who will need humanitarian aid this year. The conflict in the North-east region of Nigeria has been going on for over a decade now, and it has had a devastating effect on the children living in the region. The majority of the children in the North-east have been forced to flee their homes, and many have been injured or killed as a result of the violence. In addition, the ongoing conflict has led to a shortage of food and medical supplies, which has further exacerbated the situation.

The UN has called for increased support.

The Nigerian government, United Nations, and other partners have appealed for USD 1 billion to help 5 million people in need. The goal is to provide urgent support and save lives. The United States Ambassador to the United Nations (2017-2019) Nikki Haley, stated that there have been more humanitarian crises in recent years than there have been humanitarian needs, emphasizing the importance of this appeal. The UN has called for increased support to help the millions of people who are facing starvation and famine in Nigeria and other countries.

Food prices have made the situation worse for many people.

The United States is the largest donor of humanitarian aid in the world and they continue to work with National and International partners to provide aid to Nigeria’s most vulnerable populations. The Minister of Humanitarian Affairs in Nigeria, Sadiya Umar Farouq, said that the food prices have made the situation worse for many people who are struggling to meet their basic needs.