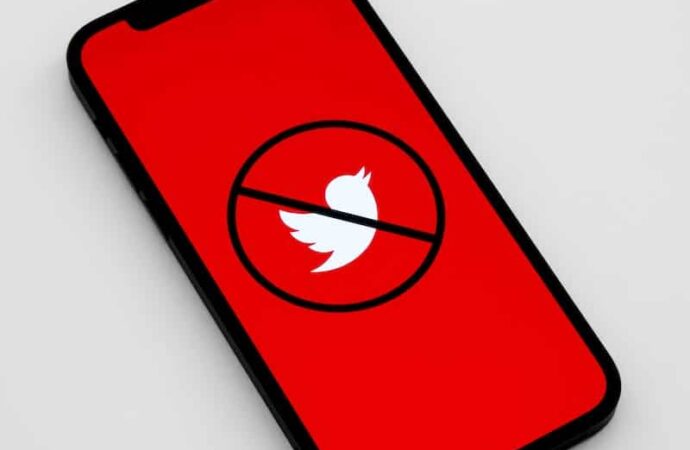 After ban, Twitter operates in Nigeria without physical office as FG announced.

From June 5, 2021, to January 13, 2022, the Federal Government of Nigeria restricted the operations of Twitter (which is owned by Twitter Inc.) in Nigeria. The government instituted the ban after Twitter deleted a tweet by President Muhammadu Buhari for violating its rules and community standards. The tweet, which was posted on June 1, 2021, read: “Many of those misbehaving today are too young to be aware of the destruction and loss of lives that occurred during the Nigerian Civil War. Those of us in the fields for 30 months, who went through the war, will treat them in the language they understand.”

This was following the spate of attacks on public offices, mainly in South-East Nigeria, which were blamed on regional secessionists, the most popular known as the Indigenous People of Biafra (IPOB). The Minister of Information, Lai Muhammed, called Twitter’s actions unfair and labelled it “double standards.” After a few days that the tweet was deleted, the Ministry of Information and Culture announced in a statement that the operations of Twitter in the country have been suspended.

Federal Government made a physical office a requirement for lifting ban.

In late June 2021, Twitter announced that it would enter talks with the Nigerian government over the ban. The talks eventually began in July 2021. In September 2021, Nigeria’s information minister, Lai Mohammed, told the press that dialogue with the microblogging site was productive and quite respectful. The government gave some conditions which must be met before the ban would be lifted. The conditions were: respect for national security and cohesion; registration, physical presence and representation in Nigeria; fair taxation; dispute resolution; and local content. However, emphasis was placed on the second condition, which is that Twitter must open an office in Nigeria.

A few months after the suspension of Twitter, the Minister of Information, Lai Mohammed, announced that Twitter has agreed to open an office in Nigeria. The minister said that most of the conditions given to the platform have been accepted, including setting up an office in the country. He said, “One of the conditions that we set was that Twitter, in line with Nigeria’s Companies and Allied Matters Act, should establish presence in Nigeria with registration with the Corporate Affairs Commission (CAC).”

Mohammed continued, “We believe that it’s important that Twitter should have a company representative who is high up so that he or she can take complaints directly from Nigeria to Twitter.” In February 2022, the minister announced the Federal Government is expecting Twitter to open its Nigerian office in the first quarter of 2022. He also said that the tech giant had agreed to comply with all payable taxes as they are operating under Nigerian laws.

Despite the large number of Nigerians on Twitter and their usage after the ban by government they are yet to have a physical office in their agreement with government this is not good enough by Twitter,they need their physical presence in Nigeria

From the article above,lots of conditions or circumstances will not make Twitter to have a physical office in Nigeria.Firstly,the level of insecurity in the country has gone worst,instability of government economy policy e.t.c.Lots of established multinational companies are leaving the country because of the lapses I mentioned above.

I don’t know why Twitter hasn’t implemented the agreement they had with the Federal government. They are supposed to have an office here in Nigeria. Let’s see what happens in the coming days.

The twitter as to honour their agreement with the FG that they will have a physical office in our country . and we have a large number of people using their app. The FG must stand on those agreement until it is made

The level of insecurity in the nation has increased, along with government economic policy instability, etc. Due to the failures, some well-known global corporations are departing the nation. And other adverse circumstances might prevent Twitter from opening an office here.

Looking at the numbers of Nigerians using their app, they are supposed to have an office here in Nigeria. Twitter should carryout the agreement they had with the FG…we must benefit from them too

Twitter makes billions of naira from Nigeria due to the high usage of twitter in Nigeria , so I see no reason why they shouldn’t open a physical office here.

The government is being lenient with twitter, this is just a means to avoid paying the taxes that are liable to pay to Nigeria .

The government should take action against them, why will they not keep their own end of the deal?

After a tweet by President Muhammadu Buhari was removed by Twitter for violating the platform’s policies and guidelines for the community, the government decided to implement the ban and that’s bad

The government stipulated a number of requirements that need to be fulfilled in order for the ban to be lifted, which is a very positive step.

The second condition, which states that Twitter must open an office in Nigeria, was given a lot of weight, and the company still hasn’t done so.

In spite of Lai Mohammed’s assertion that a tech company will open an office in Nigeria in March, the company does not yet have a presence in the country in the form of an office.

It is essential for Twitter to have a company representative who is high up in the ranks in order for that person to be able to take complaints directly from Nigeria to Twitter.

Given that the multinational technology company is subject to the laws of Nigeria, it is encouraging that they have committed to paying all taxes that are due.

We should have expected this from Twitter. They know the kind of government we have here in Nigeria and will not succumb so easily to their demands. I think they are seeing it as a trap. This present administration can’t be trusted.

It is not proper for Twitter to dishonour the request demanded from them by the Federal Government of Nigeria. Anyway, Twitter perhaps understand the danger they will be subjected to if they quickly yield to the demands of FG. I believe they are buying time to know the next line of action.

Seems they are taking the federal government for something else cause by now they should have shown a preparation of setting up here.