The U.S and U.K pushed for same sex marriage 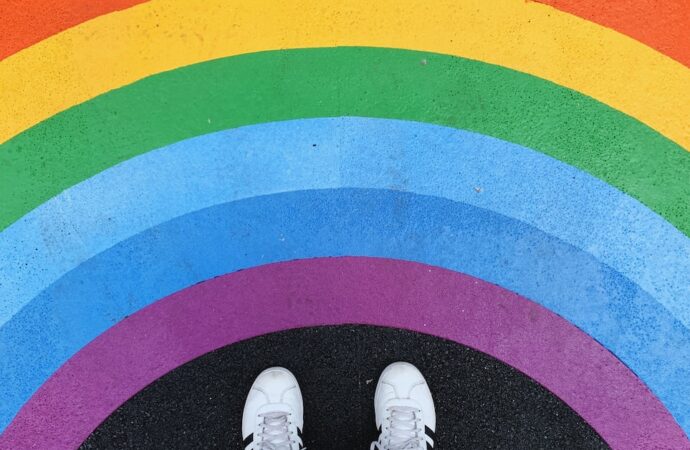 Minister Bola said the U.K and U.S made him think of same sex marriage.

A former foreign affairs minister of Nigeria, Bola Akinyemi, claimed that the United States and the United Kingdom urged him to change the country’s laws to allow same-sex marriage. The UK and US were informed, according to Akinyemi, who worked in the Goodluck Jonathan government, that the issue of same sex marriage was taboo in Nigeria. He revealed that the two nations had persuaded the Nigerian government to change its course while the National Assembly was considering new legislation.

According to an interview with Arise TV, Akinyemi claimed that the man was aware of the ways in which the US and the UK influenced him while (former President Goodluck) Jonathan was in office. He described how the Secretary-General of the Commonwealth paid a visit when a bill was being considered by the National Assembly. He also described how President Jonathan had consulted him about how to handle the situation and received his advice that it was a “no-go” for the nation.

In the nation, the LGBTQ community is against the law. This includes people who are lesbian, gay, bisexual, transgender, transsexual, queer, questioning, intersex, asexual, ally, and pansexual. The law was enacted by former President Jonathan on January 7, 2014, and it stipulates that violators would serve around 14 years in prison. Gay, lesbian, bisexual, and transgender (LGBT) activists maintained that despite the Same-Sex Prohibition Act, legislation that restricted and stigmatized them violated their human rights to freedom of association.

Activists asserted that notwithstanding the Same-Sex Prohibition Act, legislation that restricted and stigmatized them violated their human rights to freedom of association. Speaking on the contentious abortion rights upheld by the US Supreme Court, Akinyemi claimed that the cultures of Nigeria and the West are distinct. The LGBTQ+ community was told by Nigerian authorities in January 2019 to leave the country or risk prosecution. According to Dolapo Badmus, a spokesperson for the police, the law says a person who registers, operates or participates in gay clubs, societies, or organizations, directly or indirectly makes a public show of same-sex amorous relationship in Nigeria, commits an offence, and is liable on conviction to a term of ten years.

Dolapo Badmus, a spokesman for the Nigerian police, has issued a warning to the homosexual community in the nation that the force will not tolerate any acts that violate the Same-Sex Prohibition Act there. According to her, if one has homosexual tendencies, Nigeria is not the place for them. According to the Same-Sex Prohibition Act in this country, homosexual clubs, associations, and organizations are illegal and subject to fines and sentences of up to 15 years in prison.

The LGBTQ community had been active in various areas of the country despite the Same-Sex Prohibition Act’s existence. According to some LGBTQ activists, regulations that limit and stigmatize them violate their right to freedom of association. The police spokesperson did, however, issue a warning to Nigerians to follow the law. But she urged Nigerians to back up any claims of homosexuality with facts, stating that prosecution and conviction of suspects are not based on imagination but rather on evidence; otherwise, it will be classified as hearsay which is not allowed in court.

Prohibition act was signed into law by the former President Jonathan.

On January 7, 2014, the same-sex marriage prohibition act was ratified by the previous president, Goodluck Jonathan. Attempts by Nigerian lesbian Pamela Adie to register a lesbian organization in the nation were rejected by an Abuja federal high court in November 2018. After her application to register a business under the name “Lesbian Equality and Empowerment Initiatives” was denied because it violated a Nigerian legislation that forbids same-sex marriage, Pamela Adie sued the Corporate Affairs Commission (CAC).

This can and will never be acceptable here in Nigeria because we still hold dear out traditions so a cepting gay,lesbian,transgender,bi sexual is never going to come into fruition.

They should not even dare bring same sex marriage to Nigeria. That will never happen. This is because it won’t reflect the society that we have. We have only 1 recognized marriage, which is between a man and a woman.

Why will the United States and the United Kingdom be pressuring us to modify the laws of the country to allow marriage between people of the same gender?

Same sex marriage is absurd, it goes against our culture and norms and it should not be accepted

The government should not succumb to this idea, they should learn to make wise decisions without the influence of other people

The governments of these two countries were successful in convincing the government of Nigeria to change its course while the National Assembly was debating new legislation.

In spite of the Same-Sex Prohibition Act, they were denied their right to freedom of association by-laws that isolated and shamed them.

Nigerians to prove their accusations of homosexuality in court with evidence, as the country does not believe in prosecuting anyone only on hearsay.

Our country’s homosexual population that police will not stand for any actions that go against the country’s Same-Sex Prohibition Act. She claims that anyone with homosexual tendencies should not live in Nigeria.

Its good that the our government is not budging anf following suit with that foreign lifestyle, we have to follow and uphold our tradition.

The practice of same-sex marriage would be unrealistic to expect it to accurately portray modern American culture and not ours, so i dont think it will work here

What’s the persuasion for? Why should there even be a persuasion to introduce it to our constitution. We are battling with a lot already. We don’t need any of that LGBTQ

This should be a no go area for us in Nigeria. It will be very ridiculous to see us adopt the Americans culture who contradicts majority of cultural believe and norms in Nigeria.

The U.S and U.K pushed for same sex marriage. They should push for their country alone, we don’t want that rubbish here in Nigeria. God will not allow it

It’s good that the our government is not budging into idea of same sex marriage. What influence would that bring to the society…homosexuality is absurd, we are not giving into it!

This is madness in the highest order exhibited the people we refer to as the well learned who perceived same sex marriage as the right thing.

Naturally, it should be man and wife and not man and man nor woman and woman.i don’t know why educated individual will think that way.

Our beliefs should be kindly respected. It’s good the Nigerian government took a firm stand on this and did not succumb to their persuasion. All that stuff remains taboo here.