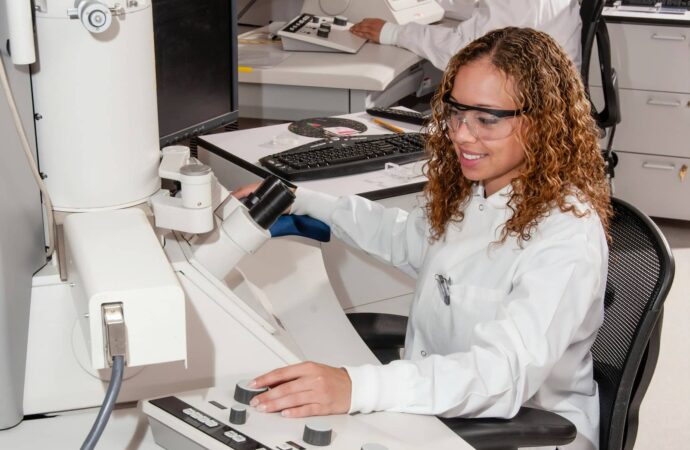 The system of science journalism Africa has met numerous criticisms over the years. Evidently, there has been a clamor for a needed systemic reform that will encompass the public understanding of science, so as to help in producing quality individuals that would compete in the global scene and prompt a continental development. There is however, the need for a platform that improves the public’s understanding by collaborations between the media, institutions, scientists, and general public for a driven policy implementation in science development in Africa.

Science writers and researchers have however encouraged African countries to find new suitable measures that will help to enhance the public’s understanding of science as a poignant factor for the development of the African continent. This was brought up at a webinar, “Beyond Said: Basics of Reporting in the Context of Scientific Research”, which was organized by the Development Communications (DEVCOMS) Network. During this event, both panelists and participants immensely emphasized that there was a need for media organizations and journalists to further improve the nexus that exists between scientists and the general public.

The webinar creates link between scientific research institutes and media.

According to them, this enhanced nexus is posed to help the continent with tackling the major discrepancies in their policy implementations at important moments, such as the continent’s response to imminent epidemics, as well as other health related emergencies. The Africa Science Journalism Webinar was targeted towards creating a linking bridge between scientific research institutes and the media, for enhanced reporting and public understanding among African countries. Paul Adepoju, a freelance science writer and community manager at the International Centre for Journalists noted that as a continent, we must be a lot more prepared with responses to epidemics, and the dissemination of fact-based information to the public.

On encouraging journalists to widen their knowledges on science and be open-minded towards tacitly making use of the available resources, Adepoju asserted that there was a big possibility for science stories to also front pages and top headlines, if these stories are relatable to the general public. Also. a Facilitator from SciDev.Net, Ms Jackie Okpara-Fatoye noted that science journalism has always been a specialized field, a poignant aspect of journalism that must take center stage in the African journalism. She further admitted that while science stories are not the most thrilling in the journalism space, it sure has a huge impact on our ecosystem, regarding science journalism as solution journalism.

There is a need to build journalists that will correctly report science.

Former Vice-President of World Federation of Science Journalists and Publisher of Africa Science, Technology and Innovation, Diran Onifade explained the webinar to be a continuation of the implementation of findings from a study conducted by the Development Communications Network, in partnership with AfricaSTI, as well as partners from three different African countries. Diran noted that this project was duly funded by the National Research Foundation (NRF Covid-19: Strategic Media Engagement for Public Understanding of Scientific Research, – Infectious Diseases).

Diran Onifade further noted that there was a need for the African continent to build a mass of journalists that are self-aware and can correctly report science. He admitted that most African communities are faced with numerous issues that require immense scientific attention, such as climate change, food security, electric power problems, insecurity and many others, noting that rather than just going along with whatever every situation brings, it is important that journalists use their agenda settings and media organizations to stimulate the continent, research-wide.

The African continent needs an all-encompassing approach to thrive.

The founder of DevsComs Network, Akin Jimoh also commented that the theme of the webinar was made necessary by the research that illustrated the incoherence in science journalism evident in poor collaborations and numerous media houses. He further asserted that the African continent at large needs an all-encompassing approach to thrive. He sited that though countries like South Africa already enacted this approach, the continent at large must do more. Professor Adebayo Fayoyin, a former regional adviser for the United Nations Population Funds also noted that the webinar was an added value to public response towards emerging infectious diseases and pandemics, as well as a paradigm shift that would immensely enhance behavioral change processes.

This is a very good initiative. If we can simplify science for Africans, it will help us involve ourselves more in scientific discoveries and development. It will help us to get more scientific and technologically oriented.

it is important to know the real meaning and facts about science and the best way is through media that is so close to the people,there should be some science stations or probably segments where things can be learnt.

It will be a good development we will know more about science and how we can use science to development our country, discoveries will be made on many things and thing will be learn

We need a structural change that will include the general public’s comprehension of science in order to aid in the production of high-quality people who are able to compete on a global scale and to stimulate the growth of a whole continent.

It is important we know several benefits “science” gives.. it will help African communities discover numerous issues they are facing, solving issues that requires immense scientific attention….. rather than just going along with whatever every situation brings.

science has really added so much values in our life and so much benefits. Much More we look forward to attain. More we will learn about science

This awareness would help brighten the minds of individuals as to what science really is. Hence help in scientific discoveries and technology orientation.

In order to assist in the development of high-quality workers who can compete on a global scale and to foster the growth of an entire continent, we need a structural shift that will involve the general public’s understanding of science.

The act to simplify science for African development is well overdue as this will really create more awareness to the citizens to know more what is right and wrong in development of Africa in general.In term of health and human development.

We need a systematic change that will incorporate the public’s knowledge of science in order to assist in the production of high-quality people who are able to compete on the international stage and urge the growth of the continent.

However, scientists have urged African nations to take action to improve the public’s grasp of scientific concepts by proposing a range of novel, adaptable strategies.

Science journalism in Africa is truly underdeveloped. The need to train journalist that will be able to communicate science, technology, pandemic etc in the African way is very important. In this way the African well be able to get a better understanding of whatever information that is being passed across.

In the realm of media, scientific stories may not be the most riveting, but considering science journalism to be a kind of solution journalism, it is clear that it has a significant influence on our environment.

We need to be far more prepared with reactions to epidemics, as well as the transmission of information to the general population that is based on facts.

The objective of the Africa Science Journalism Webinar was to build a bridge between scientific research organisations and the media in order to improve reporting and public awareness of scientific issues in African nations.

It should be highlighted to a great extent that there was a need for media organisations and journalists to further develop the connection that already exists between scientists and the general population.

We need to be pushing journalists to broaden their scientific knowledge and be open-minded about covertly making use of the tools that are available to them.

The majority of African societies are struggling with a wide variety of problems, many of which need significant attention from the scientific community, such as climate change.

The public’s reaction to newly developing infectious illnesses and pandemics was enhanced by the use of webinars, which also represented a shift in paradigm that would enormously improve the effectiveness of behavioural change processes.

Honestly this is an area Africans are still lagging behind. Our science journalist need to be trained to communicate scientific information in an African way. If this could be achieve then science journalism in Africa will be able to stand and compete favourably globally and also effectively communicate information on pandemic, sciences, technology etc. to an African in the African way.

In order for the African continent as a whole to develop, an all-encompassing strategy is required, and governments on the continent should immediately begin adopting strategies.